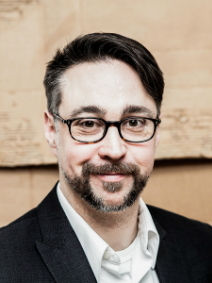 Stephen Halko is a professional artist whose works have appeared in solo, group, and invitational exhibition formats both nationally and internationally. In addition to creating and exhibiting large-scale drawings and paintings that focus on the human condition, he regularly gives lectures and gallery talks about his studio output. In 2016, he was invited to present his lecture “Visual Thinking; A Strategy for Creating and Contemplating Works of Art” in Shanghai, China, where he spoke at DongHua University’s College of Fashion & Art Design. He also visited and spoke at Shanghai United International School, JiaoKe Campus; Shanghai Oil Painting and Sculpture Institute, SPSI Art Museum; and the Shanghai Peninsula Art Museum. Most recently, he was included in a group invitational exhibition at Buckham Gallery in Flint, MI, where he also spoke about his work, and in Climate, an exhibition at Michigan State University’s SCENE Metrospace Gallery.

Stephen accepted a full-time tenure track position at KCAD in 2009, and in 2014 became the Chair of both the MFA and BFA Drawing programs, a role he has served in until becoming Interim Dean of Academic Affairs. Prior to teaching at KCAD, he taught drawing and painting at Stockton University in Galloway, NJ; painting and art appreciation at Lincoln University of the Commonwealth of Pennsylvania in Lincoln University, PA; and figure painting, figure drawing, and figure sculpture in the Young Artists Workshop at Moore College of Art and Design in Philadelphia.

Stephen holds a BFA from the Rochester Institute of Technology in Rochester, NY, and both an MFA and Post-Baccalaureate Degree from the Pennsylvania Academy of the Fine Arts (PAFA) in Philadelphia. While at PAFA, he completed a gross anatomy course at Hahnemann University Hospital in Philadelphia to better understand and draw inspiration from the human body. Through an education that embraced both traditional and cross-disciplinary contemporary art, and extensive experiences teaching at public universities and a private college of art and design, he has built a strong foundation uniquely suited for his work at KCAD.