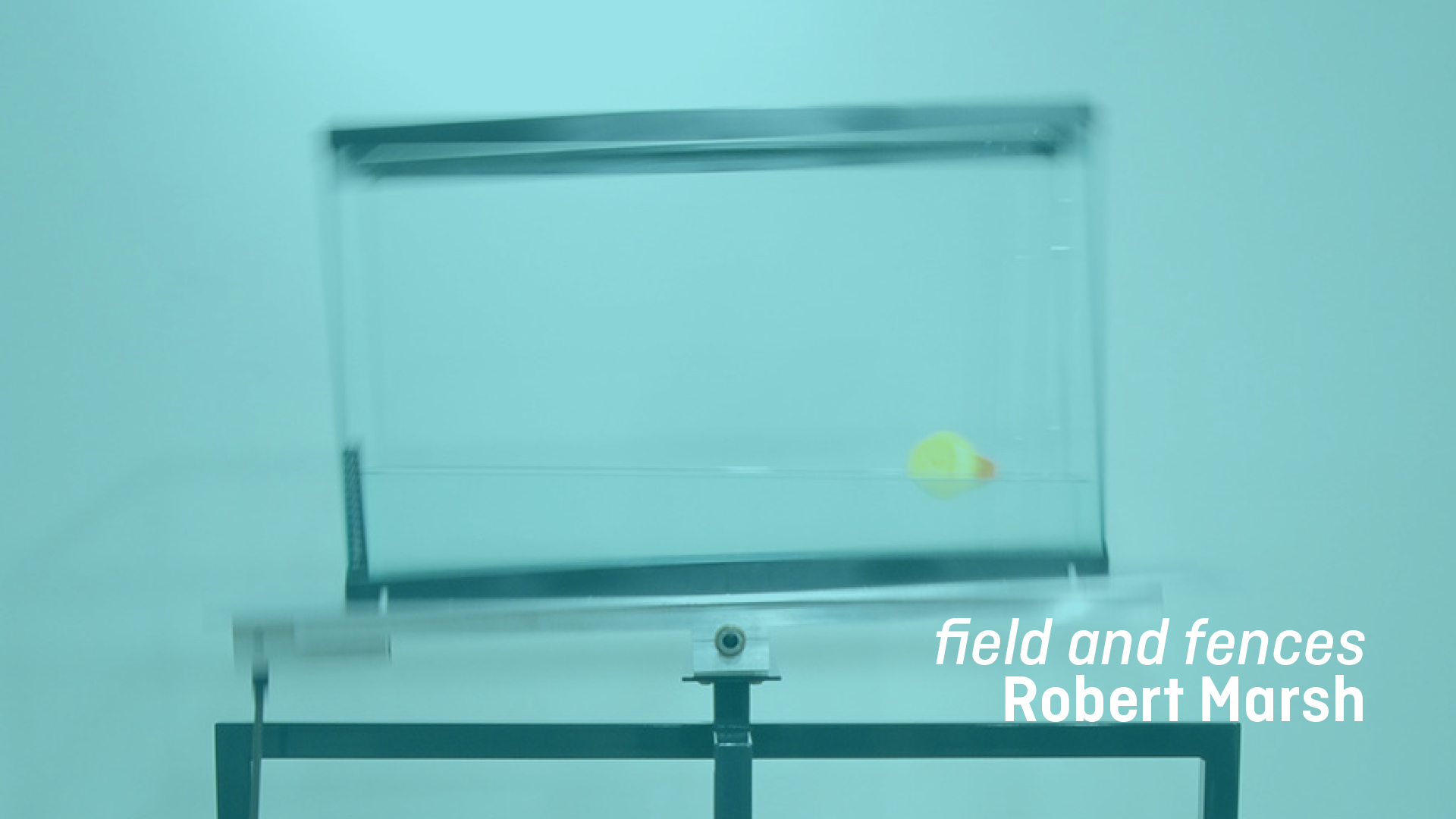 "This work invites allusions to the “fences” we jump and the “fields” in which we operate. These personal and professional identities that we may often work to unshackle ourselves from; have the distinction of being simultaneously self-assigned and dispensed by others. These efforts to corral and clarify, by both ourselves and the larger populace, are often as transparent as a fish tank and just as confining. fields and fences draws a direct line to the visual language employed in the equilibrium tanks of Jeff Koons, the automations of Roxy Paine, and the mechanized absurdity of Jonathan Schipper. Those particular references of fine art work are balanced with sentiments associated with childhood bathing, the short-term memory of goldfish, and the cheap entertainment of executive suite accessories."

Bob Marsh is an artist and educator who has been based in Grand Rapids, Michigan for the past 15 years. His work often incorporates a range of media and processes at varying scales. The work he produces is often defined by its allusions to narrative; and the embrace of iconic American imagery alongside dark humor. He received his MFA from SDSU in San Diego, California and has been an artist-in-residence at Anderson Ranch Arts Center (CO), Haystack Mountain School of Craft (ME), and The Center for Furniture Craftsmanship (ME).