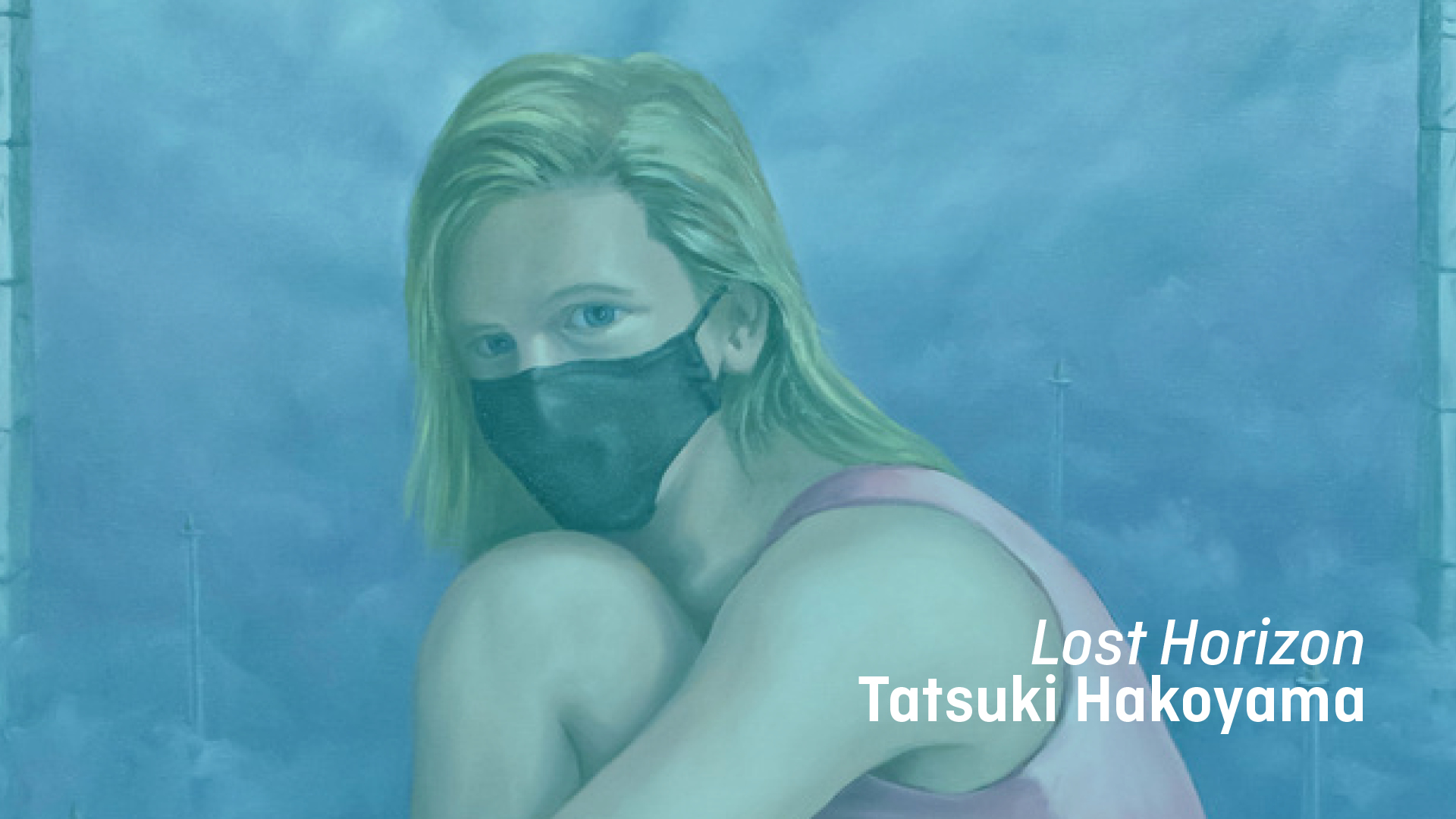 "Lost Horizon is an oil painting from the Human Condition series that focuses on various emotions, states of mind, struggles, and choices that we make with an emphasis on the millennial generation (and younger) that exists in a critical time environmentally, politically, and economically. Through figurative allegory, the painting serves as a social commentary that analyzes, questions, criticizes, and reflects on the role of environment/society to its inhabitants through a composition that evokes a sense of uncanniness through surreal scenes. What is the significance of identity? How has globalization, technological development, and capitalist societal structure impacted our lives? The painting serves to initiate a metaphysical dialogue about these relevant topics—which only prompt more questions than answers—through a magical narrative composition."

Tatsuki Hakoyama is a fine artist who lives and works in Grand Rapids, Michigan. Hakoyama earned his MFA in Painting from Kendall College of Art & Design of Ferris State University (KCAD) and currently works as an adjunct faculty at Grand Rapids Community College and KCAD. Hakoyama lived in three countries–Japan, Samoa, and the United States. His paintings often reflect on the role of society in shaping our perceptions, informed by his experiences with the different cultures, lifestyles, and values of these nations. Although he enjoys working with other subjects and media, his passion lies in creating allegorical oil paintings that analyze and reflect on relevant topics influenced by magical realist painters who evoke a sense of eeriness to seemingly mundane scenes within their artwork.