All My Relations: Recent Alum Connects Cultural Past and Present in Public Art Project

Each step forward in Angela Two Stars’ budding career is also a step back, into a rich cultural heritage that she’s using her creativity to help preserve and promote.

Art and ancestry are inextricably linked for the Kendall College of Art and Design of Ferris State University (KCAD) alumna (’17, BFA Drawing), who’s also an enrolled member of the Sisseton Wahpeton Sioux tribe of Native Americans. Honing her technical and professional skills at KCAD empowered Two Stars to uncover new and deeper ways to connect her artistic practice to her Native American roots. In particular, her ongoing collaboration with the Dakotah Language Institute has birthed a body of work aimed at increasing the accessibility of her tribe’s ancient Dakotah language.

Two Stars’ hand-drawn illustrations accompany Dakotah words and phrases on everything from bookmarks to flash cards to oversized puzzle pieces, bringing the language to life through the power of visual communication. To her, it isn’t just about preserving Dakotah amongst Native peoples; it’s about facilitating cross-cultural understanding.

“I keep the Dakotah phrases I’m illustrating simple and to the point, so that anyone can grasp them, especially children,” says Two Stars. “I want to make our language and our culture something that’s accessible to everyone, so people can have a better understanding of it.”

Now, in what will be her most high-profile professional undertaking to date, Two Stars has a chance to reach a much larger audience. This past spring, she was one of three artists selected to participate in an initiative of the city of Minneapolis’ Art in Public Places program that will transform Bde Maka Ska, a large and heavily-trafficked public lake just outside of the city’s downtown area, with art that communicates the site’s significance in Native American culture.

In 1829, a Dakota chief named Cloud Man founded one of the first permanent Native American agricultural settlements on the shores of Bde Maka Ska (pronounced “Bih-Day/Ma-Ka/Ska,” Dakotah for “White Earth Lake”). At a time when most tribes lived nomadically, Cloud Man was a visionary who saw permaculture as his people’s path to prosperity in a rapidly changing America. Despite his immense historical importance, however, he remains largely unknown today to the 5 million people who visit the lake annually, as do the area’s deep roots in Native American culture and civilization.

That Two Stars now has an opportunity to change that through art is nothing short of serendipitous. Cloud Man is her ancestor, the father of her great, great grandfather Solomon Two Stars.

“This is a chance for me to better understand the story of Cloud Man and his village, and then to be able to tell that story from a Dakotah perspective,” Two Stars says. “The first meeting I had with the project organizers, I took my children with me, and we went to the lake. It was amazing to be there and know that this is where my ancestors originated. It felt like a homecoming.” 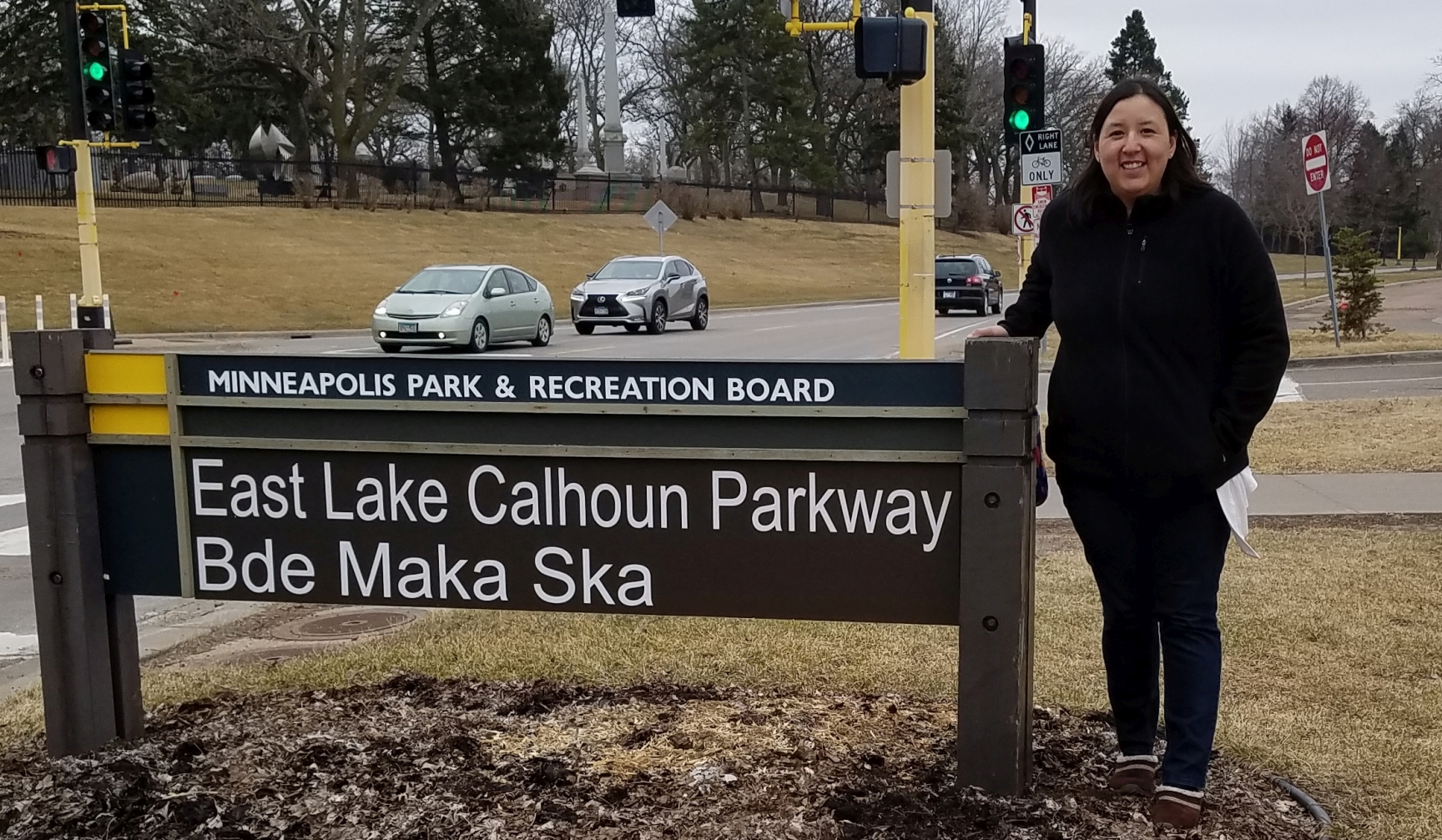 (above and below): Two Stars and her children touring Bde Maka Ska (credit: Eric Papenfuss)

The project has inspired similar feelings throughout the Native American community in the area surrounding Bde Maka Ska, but what about the millions of others who interact with the lake? That’s where the public art comes in.

New walking paths being constructed around the lake will feature Two Stars’ illustrations of animals and their corresponding Dakotah names. As people move through the space, they’ll encounter the Dakotah language and, Two Stars hopes, think more broadly about Bde Maka Ska as a natural ecosystem. The other works of art aim to have a similar effect, disrupting the everyday experience to inspire a deeper connection to the lake and its history.

“It’s not just about emphasizing the people who will experience this place, but the animals too. We want people to think outside of themselves in terms of what they’re experiencing at this place and who or what else is experiencing it with them,” she says. “In Dakotah, we call that ‘Mitákuye Oyás’iŋ,’ which means ‘all my relations.’ It’s a living network.” 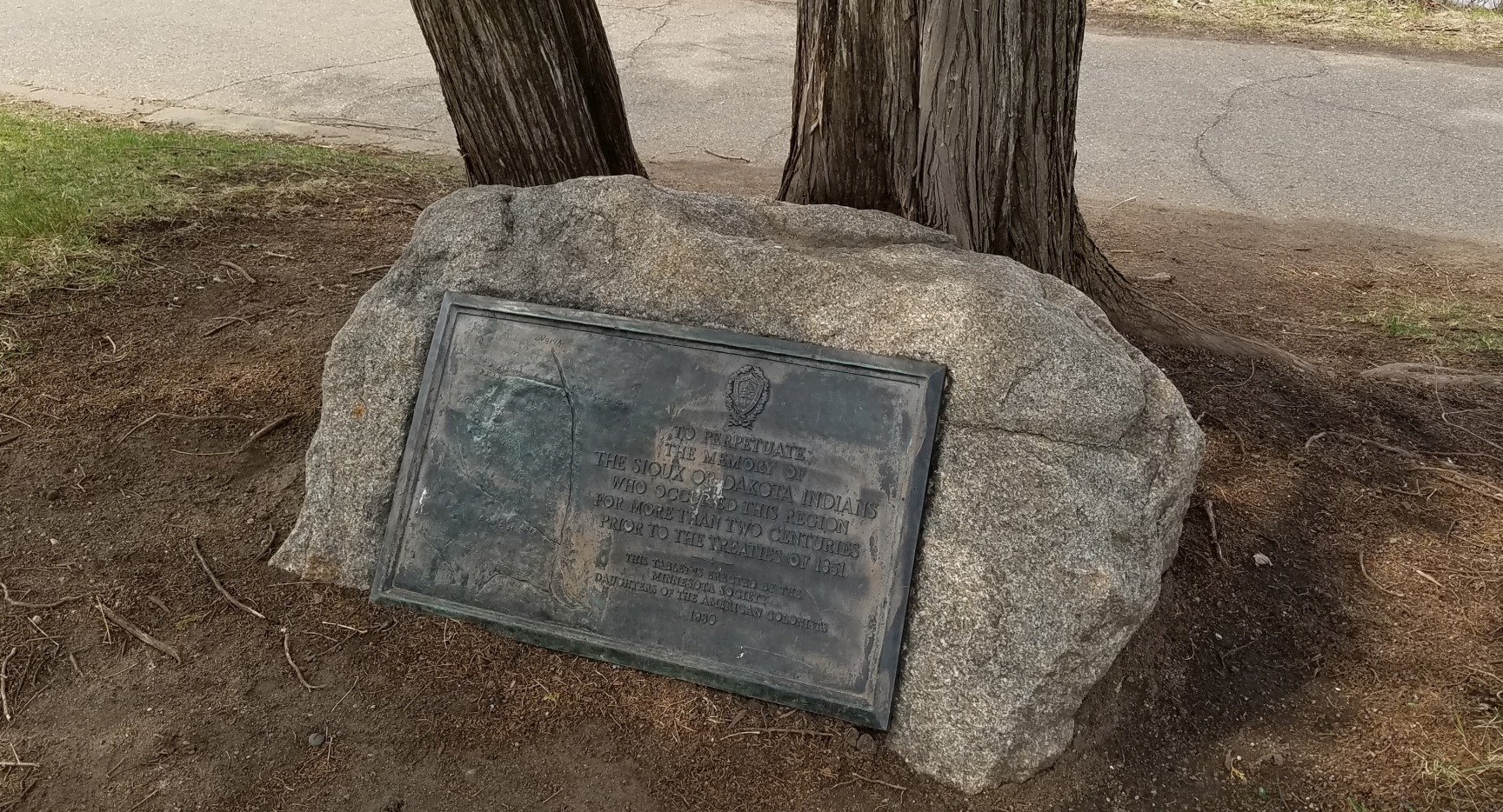 As Two Stars and the other artists contemplated how best to create accessible and engaging entry points into Native American culture and history, they sought input from local Native populations, and a design team composed entirely of Dakotah descendants worked directly with the artists and Minneapolis Parks and Recreation department on every aspect of the project.

“I think this is how we should do these things,” Two Stars says of the team’s approach. “We need to consider the living history and the living descendants who are affected by works of art that incorporate Native American culture and history.”

The project is set to be completed in the summer/fall of 2018, but as far as Two Stars is concerned, her efforts to use art as a means of widening the sphere of understanding around Native American culture and history are only just getting started.

“This is just an ongoing project for me. I’m always looking for ways to further it and to improve it, and a large-scale public art project is a great way to do that,” she says. “My hope is that other tribes see what I’m doing and become inspired to do something similar.”