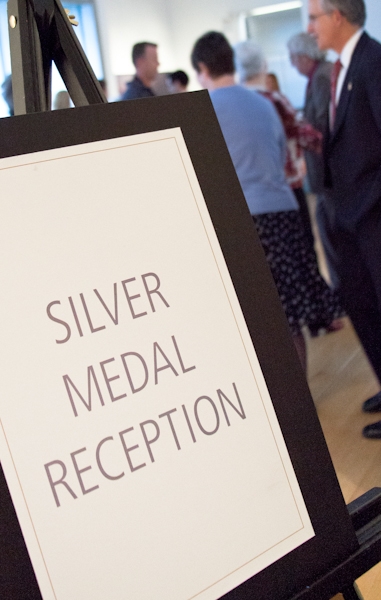 Tim Mroz, AAF-WMI president, presented retiring Kendall president Oliver Evans with the prestigious AAF Silver Medal Award. Since 1961, the Medal has been given to a member of the local advertising community for his or her contributions to the advertising industry. 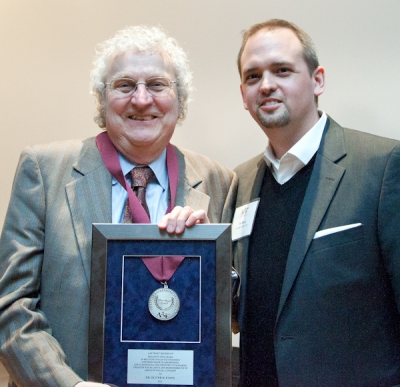 At first glance, Dr. Evans seems an unlikely candidate, since he has never been directly involved in the industry. But Kendall has done so much in turning out students who are a wonderful addition to the advertising community, which all happened under his watch.

It was also a big night for Kendall students, who dominated the ADDY student competition. Students Anna Geurink, 23, and Evan Ames, 21, already have multiple job offers even though they won't be graduating from Kendall until May. 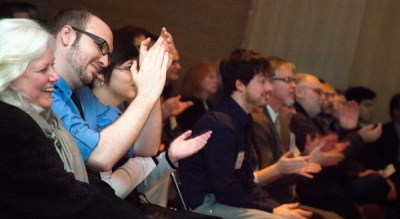 Anna said her two offers came in after firms saw her entry but before her award was announced, and a third agency representative spoke to her after the show. She won a Gold ADDY and Student Best of Show ADDY for her Mixed Media Campaign for the “Teen Section” Brand Identity package for Kent District Library, created in Angie Dow’s Class. (That’s Angie on the left, Anna on the right.) 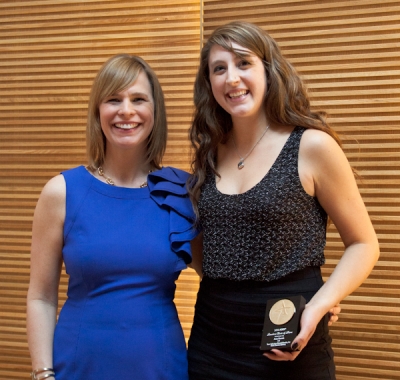 Evan won a Gold ADDY and was named Judges’ Choice for his television commercial, “Cure Parkinson's – Michael J. Fox Foundation.” Evan is no stranger to winning awards for his work. He recently returned from a trip to New York, a part of his recognition package from Contract magazine for his winning ad promoting the annual NeoCon show. 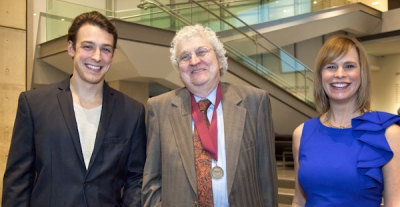 He told me his trip to New York was an incredible networking opportunity and one of the things he’ll remember about Kendall. “The highlight of the trip was meeting Kendall alumni who are working in graphic design. I got to pick their brains about design, as well as practical things like job security.”

Evan is mulling job offers from New York, Grand Rapids, and the east side of Michigan. “I’m looking for the best opportunity, and the one that will make me happiest.”

Welcome to the Kendall blog, Matt Gubancsik. Matt is Photo Services Coordinator at Kendall, and our talented photographer.