New York is one of those cities of mythic proportions. It’s the kind of place you’d expect would intimidate someone like Illustration student Jennifer Bafile, a self-proclaimed “anxious person” who hails from Michigan’s sparsely populated Upper Peninsula. But after landing a summer internship at Martha Stewart Living Omnimedia’s Manhattan offices, Bafile has found her place in the big world of the Big Apple.

“It’s weird because it felt so natural leading up to coming here,” she said. “My first time ever going to New York City was moving to Queens for this job, and normally I have a lot of anxiety, but this was different. When I first got to my neighborhood I just started walking around and immediately felt right at home.” 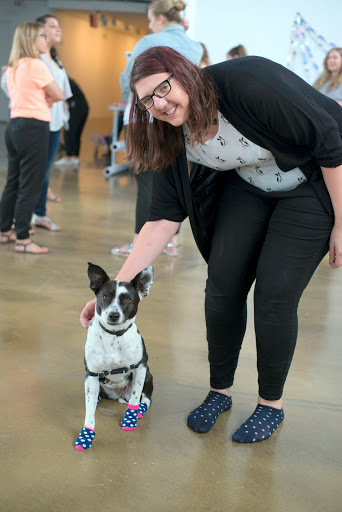 Bafile has taken just as quickly to her other new home - Martha Stewart Living’s Pet Product division. This is where the company incubates future ideas for its extensive line of pets’ clothing, toys, and accessories. For an animal-loving artist like Bafile, the internship is a dream come true.

“I’m obsessed with pets, and when I saw that this job combined pets with two other things I love – illustration and graphic design – I knew that it was a once-in-a-lifetime opportunity,” she said.

Bafile gets to design pet toys, feeding products, and apparel, as well as the characters that inform these designs. She starts with a raw concept of the characters, from their body shape and size to their color to their facial features, before moving into more technical illustrations of specific product designs. She’s also doing graphic design for some of the apparel. 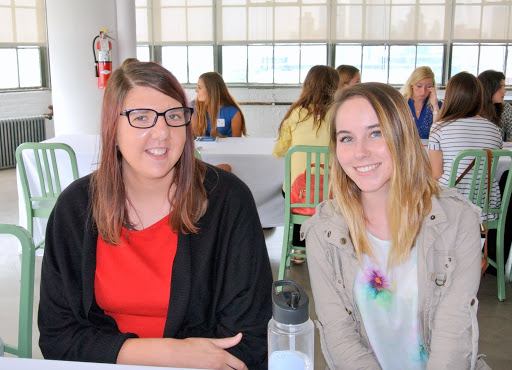 Martha Stewart Pets products are designed by a small in-house team a full year before they’re put into production. Currently, it’s only Bafile and two other designers working on the company’s entire fall 2016 and Halloween pet product lines. She’s also had the chance to interact with people outside of the Pet Product division (and yes, for those of you dying to know, she has met Martha and sees her around the office quite a bit).

“Everyone here is really amazing and creative,” said Bafile “It’s cool to be around professionals, because they just talk so casually about their own stories and how they got to where they are right now. Getting their feedback is so valuable.”

Not all of the designs make it through the vetting process, but a fair number of Bafile’s designs are featured in the fall 2016 and Halloween lines, which are currently being presented to Martha Stewart Living executives. Beyond the obvious résumé building, Bafile is also expanding her creative skill set.

“I’m a Photoshop person, but here we’re primarily using Illustrator; that’s a skill I’ve been needing to work on and I’ve already gotten so much faster and more proficient at using the software,” she said. “I’m even learning new ways of integrating Photoshop and Illustrator.  With all the stuff I’ve learned so far, I can’t wait to get back home and get started on my own personal work, because some of the ideas I’ve been having don’t fit with my work here, but I can take them outside and do my own thing.”

But before she returns to KCAD to finish her senior year, Bafile knows she has a lot of learning left to do, both inside the office and out in the cultural paradise that is New York City, and she plans on making the most of the experience.

She’s already sunk her teeth into the city’s art scene, conquering the Met, MoMa, and the Whitney before starting in on the abundance of smaller galleries and street art. “The outdoor murals and street art, in Brooklyn specifically but also throughout NYC, are awesome,” she said. “Having done a few murals myself, it's exciting to see so many all around. There's inspiration everywhere.”

Then there are the city’s lush green spaces, sitting in stark contrast to the humming mass of people and buildings that surround them: “I love how the parks in NYC are integrated into the city and its architecture,” said Bafile. “The High Line is one of my favorites; it runs right next to my work in Chelsea, so it's a nice escape from the hustle and bustle of the city streets.”

(above): High Line Park, built on an unused section of the New York Central Railroad, is right near the Martha Stewart Living offices and one of Bafile's favorite destinations (credit: Jennifer Bafile); (below) the Manhattan skyline from nearby Hoboken, New Jersey (credit:Jennifer Bafile)

Before her internship began, Bafile had never even met a piece of New York City pizza. She’s since checked that one off her bucket list, and her circle of friends is growing wider by the day as her co-workers have welcomed her with open arms, even throwing her a surprise cat-themed pizza party for her birthday.

Bafile has found a whole new group of friends in her co-workers; here, they're throwing her a surprise birthday party (image courtesy of Martha Stewart Living Omnimedia)

“Everybody knows someone here, and that’s really neat, as is soaking up the culture of the city; it will all influence my work somehow,” she said. “I’ve gained an entirely new family here at Martha Stewart and they do an awesome job of making me feel welcome. I’m extremely happy to get to establish connections with these talented, hilarious, and overwhelmingly nice people.”

See Jennifer Bafile featured on Martha Stewart’s personal blog here and here, and see more of her work at jenniferbafile.com.