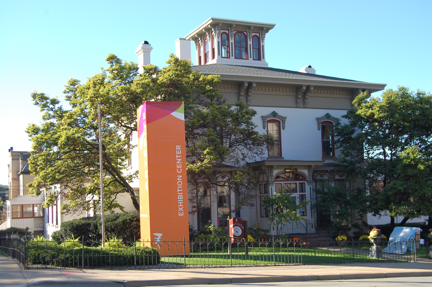 Making the selections for an Exhibition Center for ArtPrize was no easy task, says Michele Bosak, Kendall's Assistant Director of Exhibitions, assigned to fill the Women's City Club for the massive art event that happened in Grand Rapids within the last few weeks.

"It was exhausting," she says, "Very much like making a love connection. I felt like a match-maker."

She's proud of her selections and feels good about how they stack up in the total scheme of ArtPrize, which featured 1713 pieces of art on view in 192 venues in the center of Grand Rapids for 19 days.

The process involved searching through the database of artists who registered to be in ArtPrize for the pieces that seemed appropriate for the 19th century Italianate villa on Fulton in Grand Rapids.

While she contacted her selections other artists contacted her, wanting to be in the venue. Some artists weren't interested in being in an old mansion, preferring to find white walls and contemporary architecture. Others loved the idea.

She strove for as much diversity as possible reflecting the fact that Kendall College of Art and Design encompasses fourteen different programs. "We wanted a diverse group of artists who worked in blurred boundaries of fine art, conceptual pieces and design." 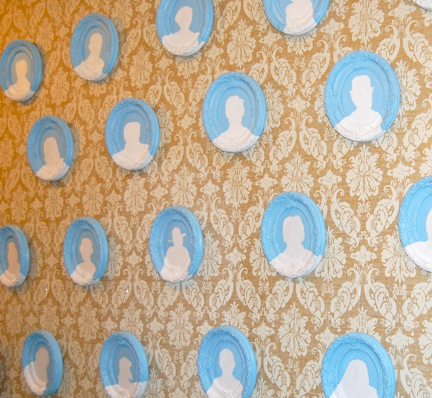 A proposal that immediately got her attention is "The 20 Friends I Wish I Had," created by Belinda Haikes.

"I was initially drawn to Belinda's piece because the decorative frames and silhouettes felt right for the space. They looked like they might have been there when the house was lived in. This merges traditional with social media,"she explains. 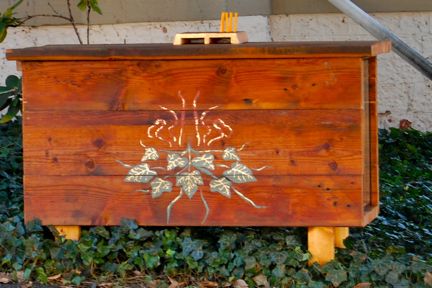 Bosak is also enthused about the Hope Chest created by Gabriel Bizen Akagawa because of the appropriateness for the setting. "Women of the 1800s had hope chests, filled with linens and things that they would take to their marriages."

ArtPrize visitors wrote their hopes on pieces of paper and inserted them into the chest designed to resemble a style from the 1860s. The paper wishes will be turned into compost and eventually used to fertilize the plants at the Women's City Club.