Climate Control and Creative Candidates in the Windy City

Have you ever heard of CCID? Neither had I until Sunday, June 12, but more about that later.

It was our first day in Chicago for NeoCon. Our first order of business was our first hike to the Merchandise Mart to get our NeoCon credentials. Kendall instructors Michelle Kleyla and Lee Davis are long-time NeoCon vets, but it was my first time in Merchandise Mart. It’s an incredible building, that takes up an entire city block. We’ll spend most of Monday there, so I won’t go into too much detail in this blog.

Credentials in hand, we went to the movies. No, not at a theatre, but at beautiful Hotel 71, with its incredible view of Chicago. 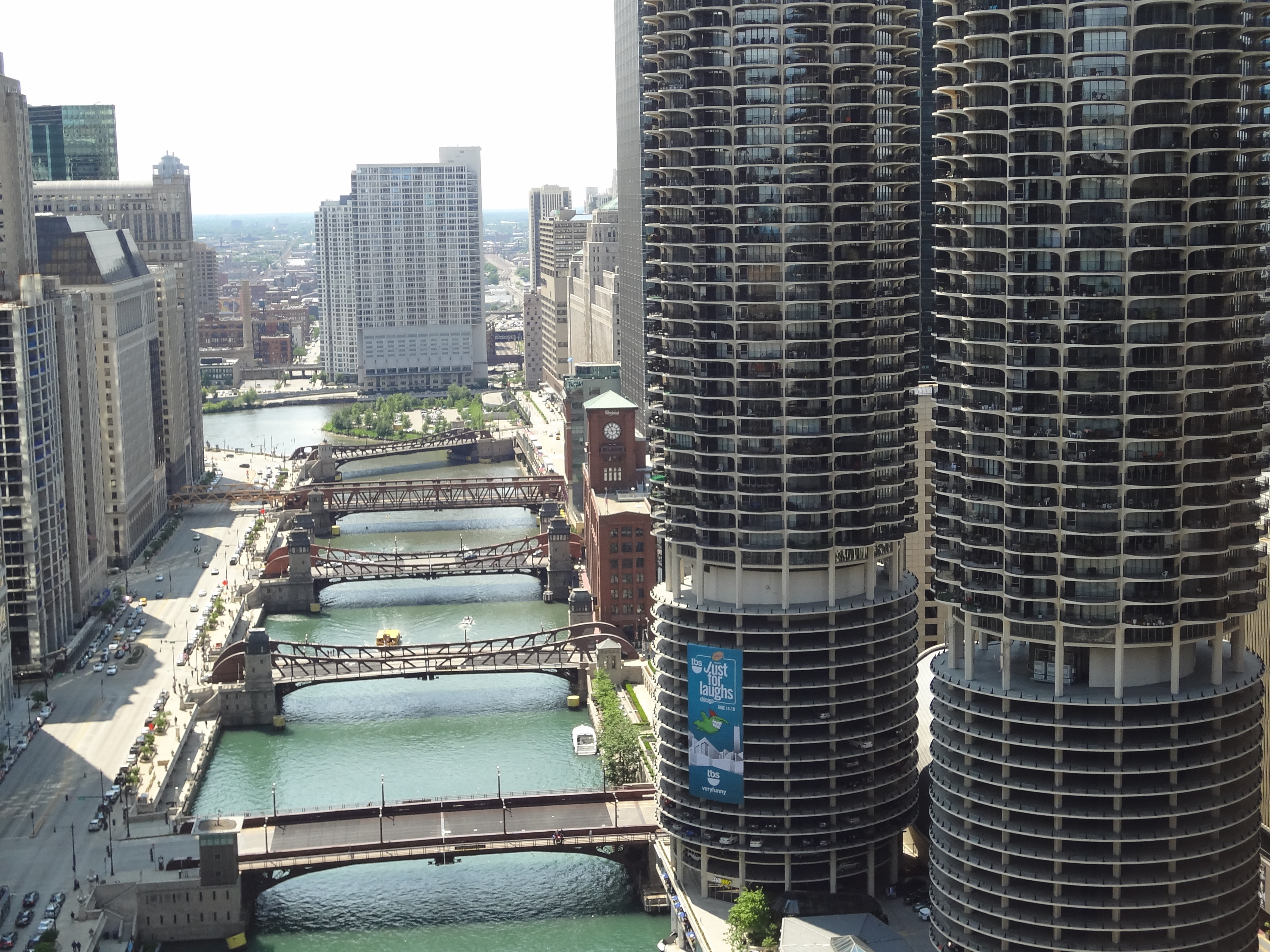 We didn’t linger over the view, but went to see a presentation of Peter Byck’s documentary, “Carbon Nation.” 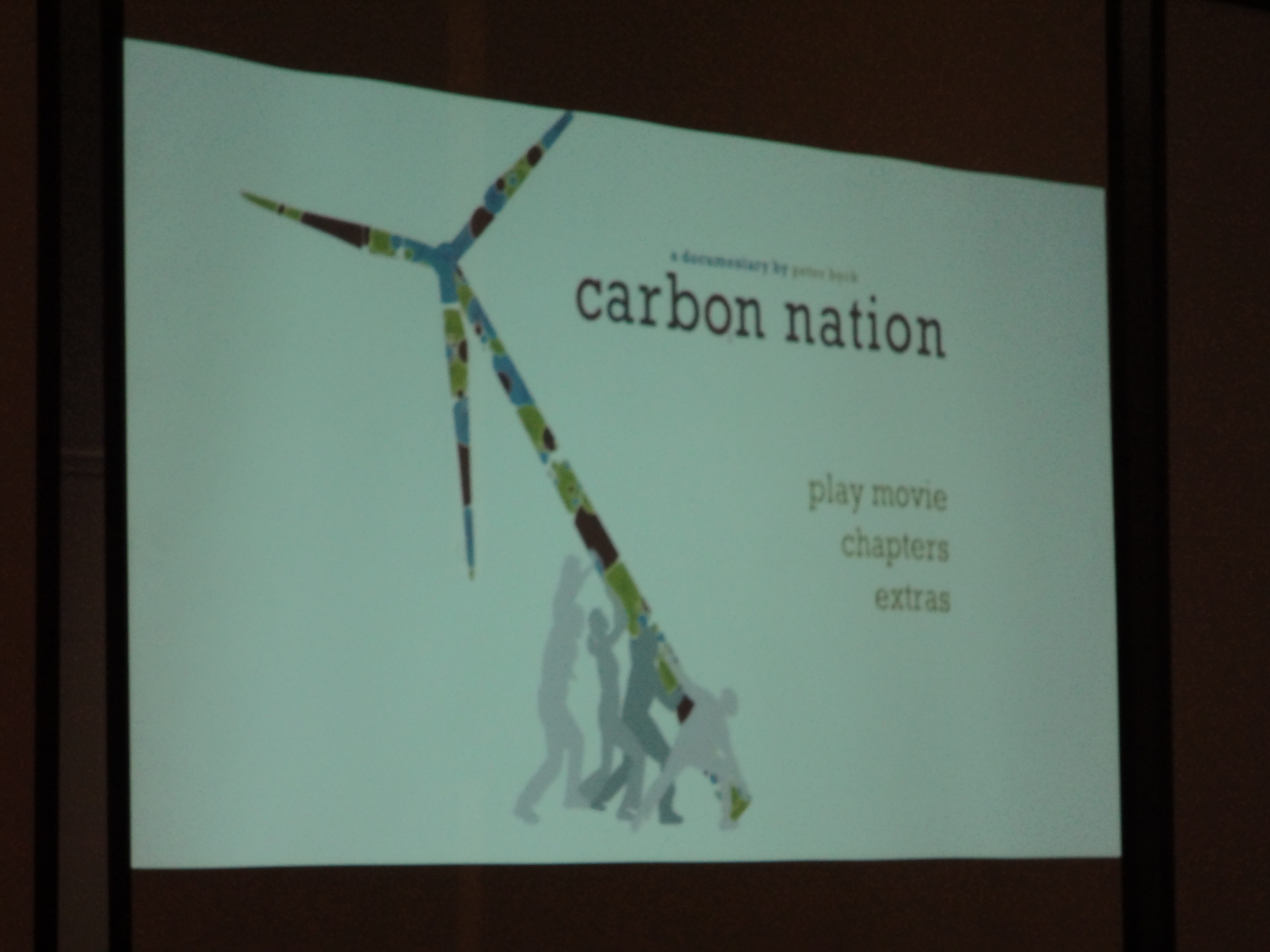 As Byck explained in the Q&A following the showing of “Carbon Nation,” he made the film after attending the Sundance Film Festival’s premiere of Al Gore’s “An Inconvenient Truth.” That’s when Byck was stricken with CCID: Climate Change Induced Depression. He said, “I came down with CCID in 2006 after seeing Gore’s film. It took me about a year to pull a team together to make a film about solutions, positive solutions that we can implement to fight global warming. 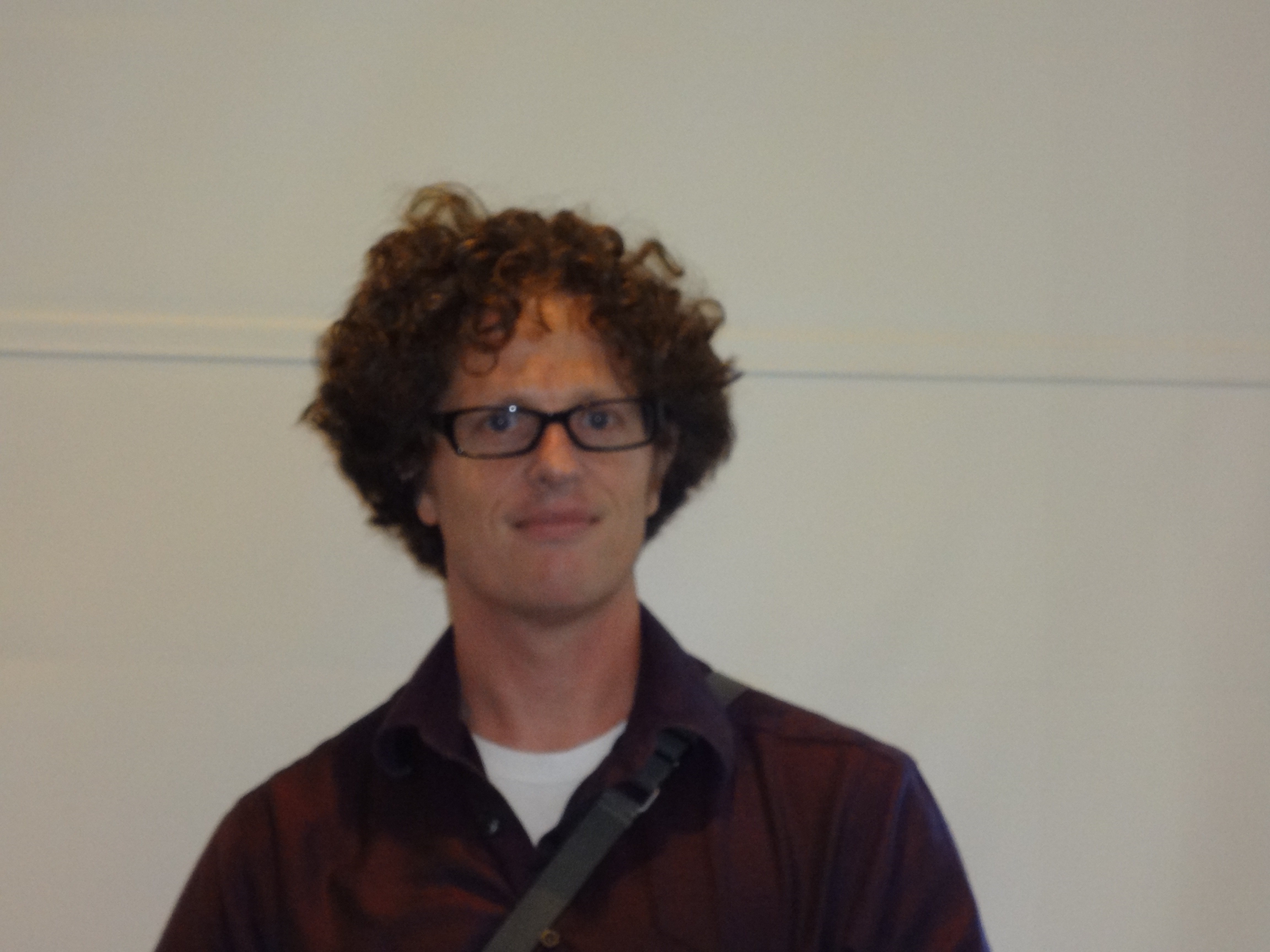 Refreshingly free of politics but full of information presented in ways both funny and touching, “Carbon Nation” had its first showing in March 2010. Since then, word of the film has spread, and in the largest showing to date the film playing to 3,000 people in Millennium Park. If you have a chance to see it, do so. It will be 82 minutes well spent. 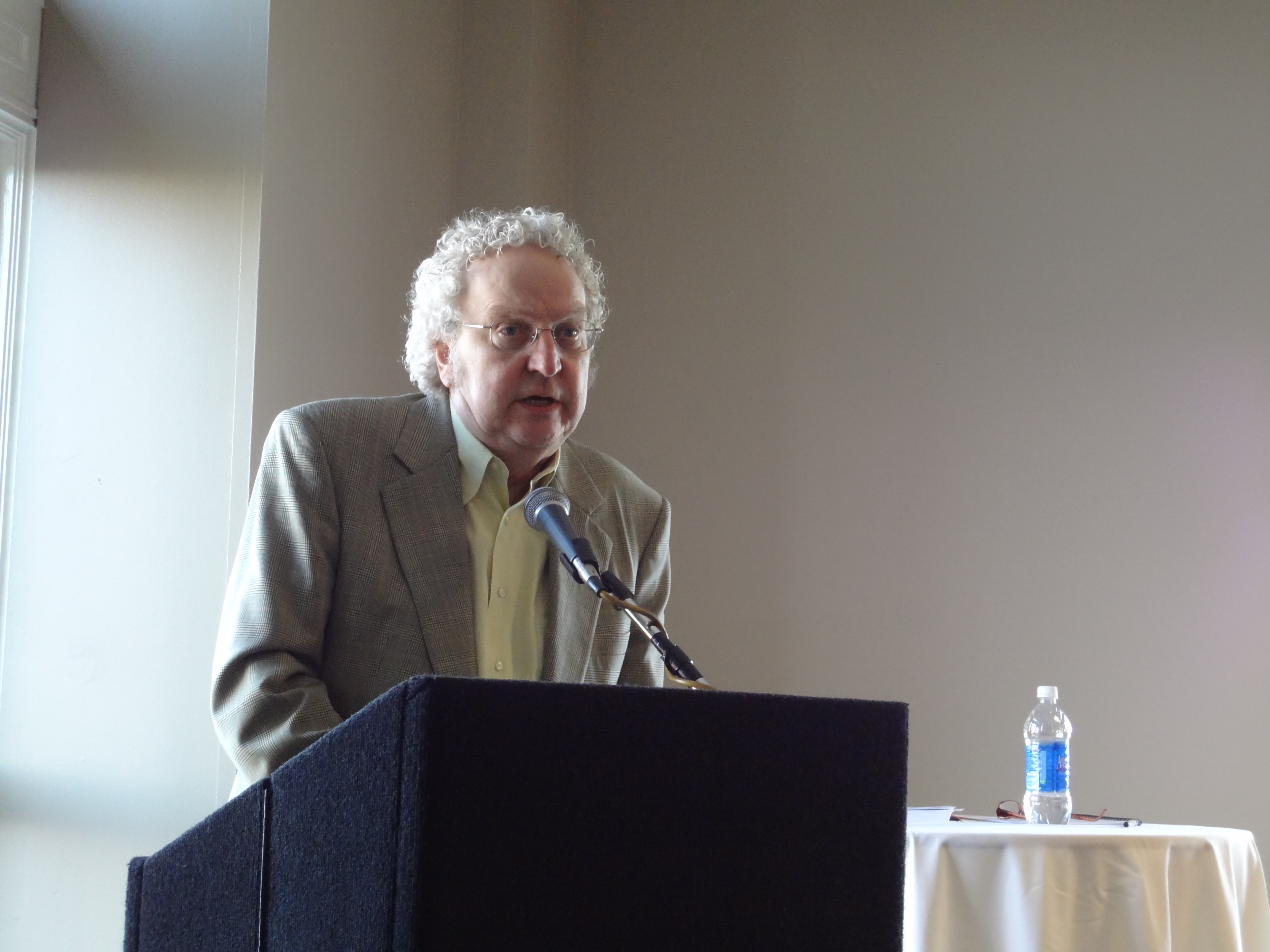 After that we hustled over to Navy Pier to join up with our students and the rest of the Kendall faculty: Angie Dow, Suzanne Yonkman and Dr. Oliver Evans. We also had the chance to meet, and hear from, Erli Gronberg, professor emeritus, who led the class at NeoCon for more than a decade. Then it was time for the main event: a presentation by Deborah Allen, founder of Searchwise Consultants.

When she was an executive in the contact furniture industry, Allen’s experience with search firms was always the same: platoons of candidates were sent, until one was finally chosen, as much to fill the position as to end the tedious process. Allen founded her company to bring the partnership between the hiring company and the candidates to a whole new level of productivity. 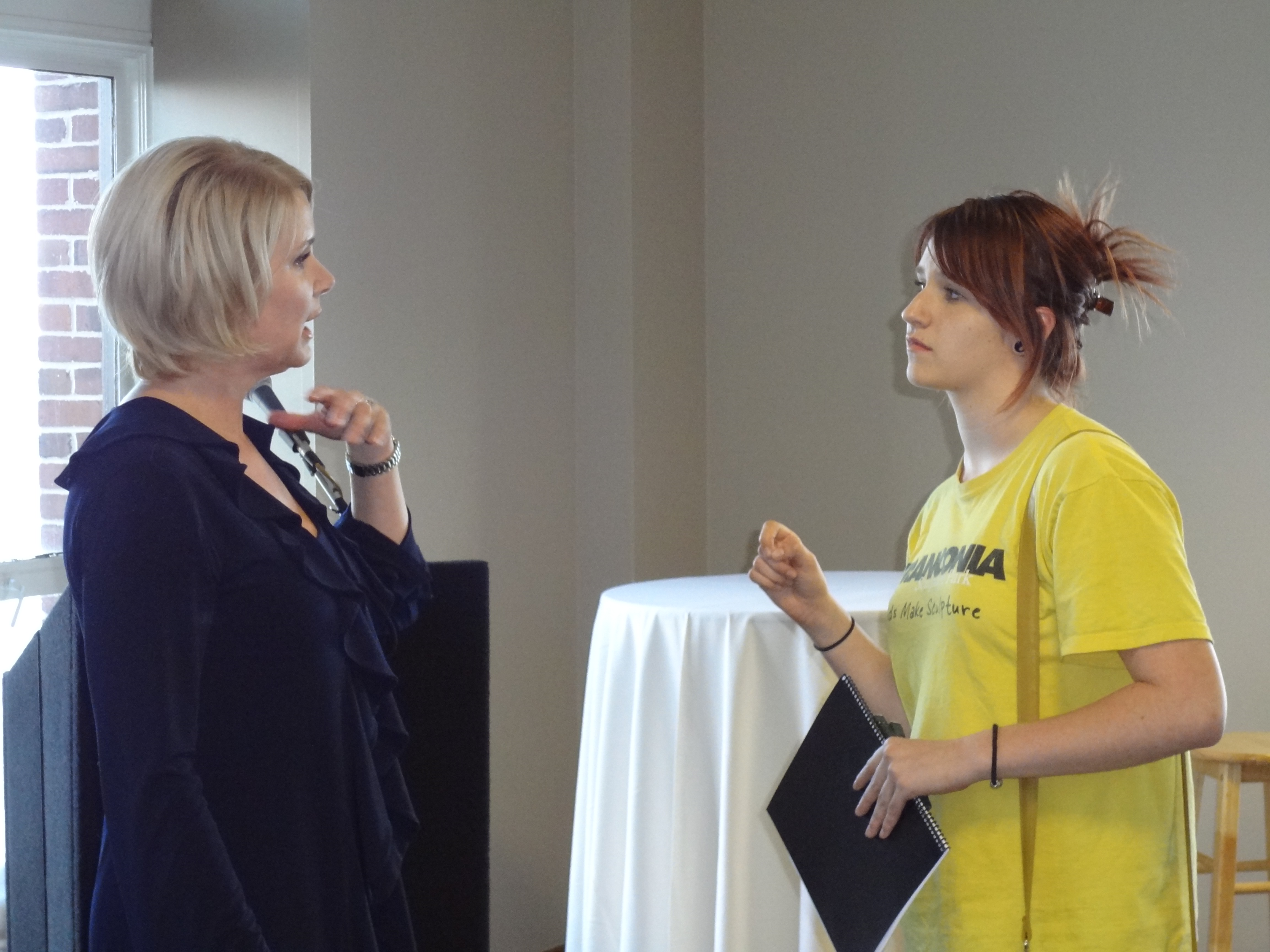 Allen shared her eleven years of experience with our students. Although some may not be looking for full-time positions quite yet, some are seeking internships, and many of the same interview rules apply: be on time, dress for confidence, don’t overdesign your resume, get the name of the person who is doing the hiring, come to the interview prepared to ask questions as well as answer them, and network, network, network. To that end, Allen recommended that our students practice what she preached in the showrooms at NeoCon.