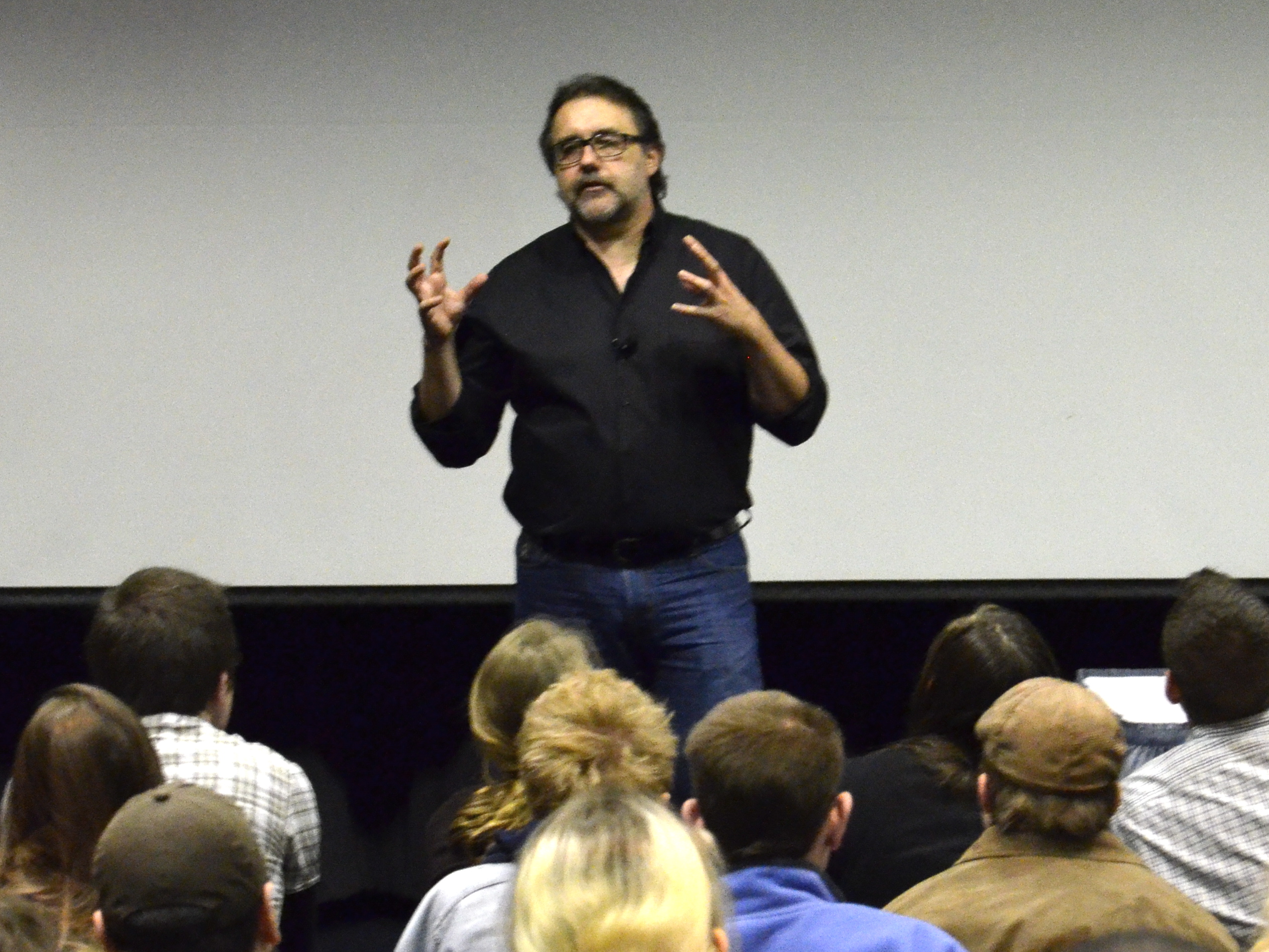 During the last week of March, a couple hundred Kendall students crowded excitedly into the auditorium at GRCC to hear Don Hahn, a well-known producer with Disney Studios. The title of his talk, “Why we Create” couldn’t have been more appropriate.  Anticipation was high.

Right off the bat, he described the steps for creating great work.

2.      Organize it, edit it and throw out junk, share with audiences

“If there is any secret to Disney’s success, this is it,” he says.  “We follow these steps and yes, I weep in the bathroom.”

Don is a filmmaker, author and Academy Award nominated producer. He has worked on a range of well-known films and is currently working with Tim Burton on the stop motion feature “Frankenweenie.”

He emphasized that students need to carve out time for themselves with no distractions and to fill their creative imagery buckets with simulating ideas from travel, reading, museums, other artists and the world.

“Be a generalist. Be curious. Practice. Take Chances.”  These were messages he repeated.

Don told stories about the world of Disney.  For example, he shared that illustrators brought live deer into the studio to make studies before they created Bambi.    He also told students not to be afraid to borrow ideas from the masters.  “Learn from them but give your work your own voice.”

“Fail Fast. Fail often.  If you want to succeed faster you have to increase your failures.  That’s how you learn,” he shared with examples of work. “If the saying is true that we all have 10,000 bad drawings in us, the quicker we get them out, the better.  Can get on to the good stuff.”

His advice, punctuated and illustrated with telling illustrations, came fast and quick in sound bites.  No one in the audience wiggled, snuck looks at their smart phones or seemed to want to leave at the end.

His parting words, “You are training for jobs that we don’t even know will exist. So you need to focus on being the best you can be, a well-rounded artist with a unique voice.”