On February 23, I attended a lecture by Dr. Nell Painter, presented by Kendall at the Ladies Literary Club.

Before the lecture, I had the chance to listen to Dr. Painter’s stories of her work as a graduate student in painting. She spoke of her hour-plus commute from her home to school, and that some days she takes a cat nap on the floor of her studio—something that I’m sure many Kendall MFA students could relate to!

Dr. Painter is the author of seven books and countless articles relating to the history of the American South. Her critically acclaimed book, “Sojourner Truth: A Life, A Symbol” won the nonfiction prize of the Black Caucus of the American Library Association.

On this evening, after an introduction by Dr. Oliver Evans, Dr. Painter discussed her recent book, “The History Of White People,” which explores more than 2000 years of Western civilization, illuminating not only the invention of race, but the frequent praise of “whiteness.”

Assuming that the students present had read the book (which elicited the first chuckle of the evening), she presented a brief history, beginning with the notion that there were two varieties of people: handsome and ugly, and that the perception of beauty was often used to classify races.

She also presented the once-popular concept that race could be determined by the shape of one’s head. Johann Friedrich Blumenbachdivided the human species into five races in 1779, founded on description of human skulls. The audience laughed again when Dr. Painter commented that Blumenbach was a scientist because his collection of skulls included one of a slave girl. “But if he had actual naked slave girls in his studio, he would be considered an artist,” Dr. Painter wryly noted.

The evening ended with a thought-provoking question and answer session, and an impromptu showing of Dr. Painter’s paintings and discussion of her technique, followed by a book signing. 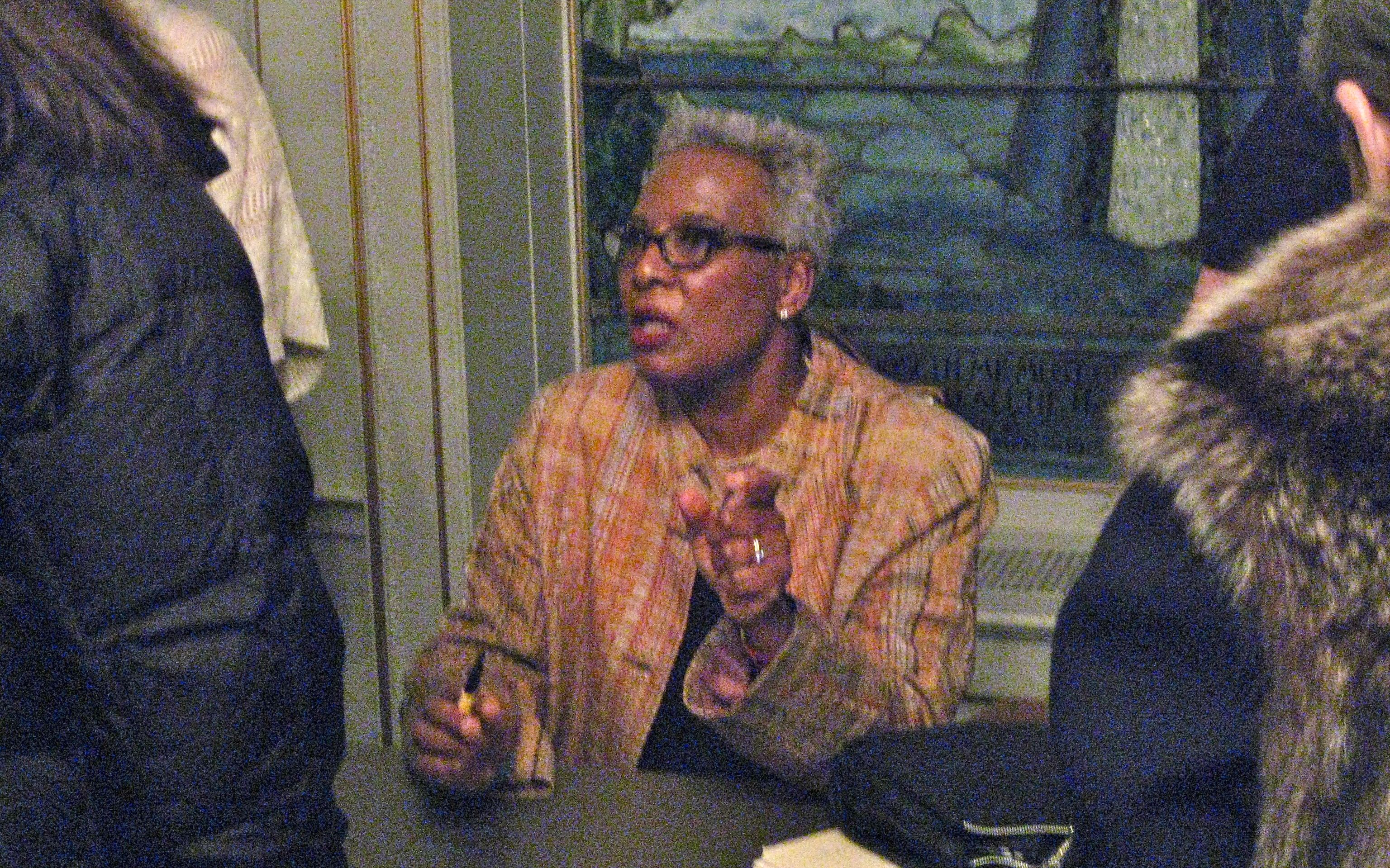 I left the Ladies Literary Club musing her words, and promising myself that I would soon read my copy of “The History of White People.”