Celebrating Excellence in Art and Design

It's kind of like the Oscars, for outstanding Kendall graduates. While the college doesn't hand out golden statuettes, on Friday, May 10th, there will be an elegant dinner, a host, and awards. Specifically, the 2013 Excellence Awards.

It's not easy to earn such recognition, and only one graduate per program can be selected. The KCAD faculty chooses each award winner based on their outstanding accomplishments in their area. These students have put many long hours and much thought into their work during their time at Kendall and are well deserving of this award.

Noting the rigorous standards that must be met by Excellence Awards winners, Dean Max Shangle explains, "The Excellence Awards are presented in recognition by the program to students that best demonstrate the skill development and learning of that program. Selections are made using various criteria: GPA, program and/or institutional involvement, growth and potential. In every case the students receiving Excellence Awards represent the best of KCAD."

"The Excellence Award winners represent the epitome of KCAD student achievement. They show a mastery shared by all our students, but taken by these few to a rare level. It is a privilege to be in a community of young artists and designers like them, who so clearly have skills to shape the future of their chosen fields," says Kendall President David Rosen.

Setting very high standards for future students at Kendall are this year's winners:

Jacob Blok
Furniture Design award winner Jacob Blok's work blends sculptural forms with the natural structure of wood. His use of curved form draws inspiration from the material as well as natural elements. Each piece he designs demonstrates his passion for a uniqueness that integrates functionality and spatial parameters. Blok recently placed as a finalist in nation-wide competitions that have led to not only personal accolades, but also recognition for KCAD. He was also the recipient of the Celia Moh Scholarship. 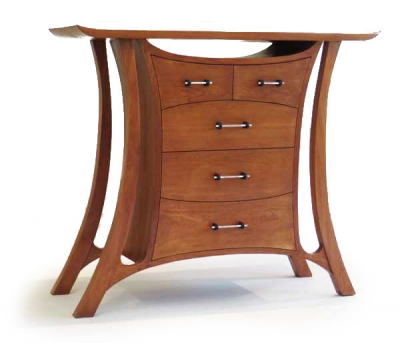 Robert Coombs
Robert Coombs, Photography award winner, is a reminder of what is possible and has been an inspiration to his fellow students. His complex lighting skills and significant stage direction produce large-scale photographs that at times speak softly, but when considered carefully by the viewer, carry a much greater significance. 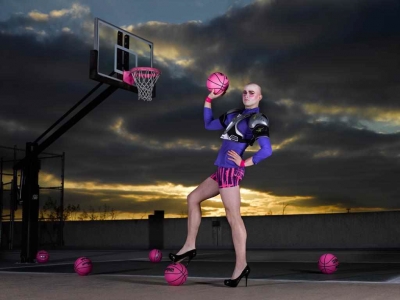 Sarah Darnell
Industrial designer Sarah Darnell's academic abilities along with great artistic talent have earned her a reoccurring appointment to the President's List. She was also the recipient of KCAD Merit and Portfolio scholarships and served as the IDSA Student Chapter President. Her strong work ethic, as well as her exceptional technical skills and confidence aided in earning her internships with both Bissell and Wolverine Worldwide. 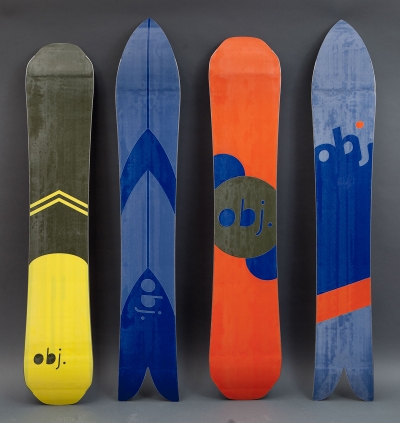 Kate Folkert
Graphic designer Kate Folkert began at KCAD with a BA in English already under her belt, as well as experience working in the creative environment of an advertising agency and Wolverine Worldwide. She joined KCAD with such an excitement for graphic design that the faculty immediately began to talk about her with enthusiasm. The body of work Folkert has produced during her time at KCAD will be utilized for years to come as a means to inspire future students to achieve their fullest potential as designers. 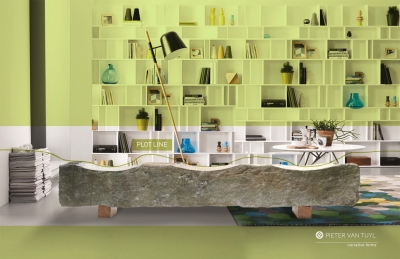 Katelynn Funk
While attending KCAD for art education, Katelynn Funk came to the realization that one of the most magical things to watch is a student fully engaged in the process of creating art. She hopes that through her body of work viewers will remember how important it is to play, create, and imagine rather than just focus on end results. Funk explains that she would like her body of work to "put a smile on each viewer's face and help them to reminisce about a time that they found themselves lost in the creative process." 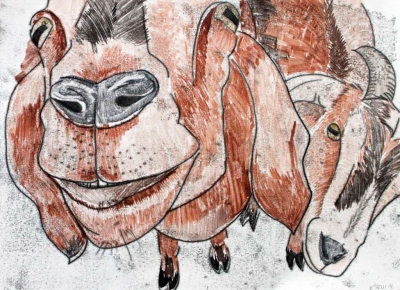 Sandra Hansen
Prior to focusing her talents on the visual arts, Painting graduate Sandra Hansen spent eighteen years traveling across the country performing her original works, one-woman plays on famous American women. Her more recent travels have led her to India where she paints, teaches and exhibit's her artwork. 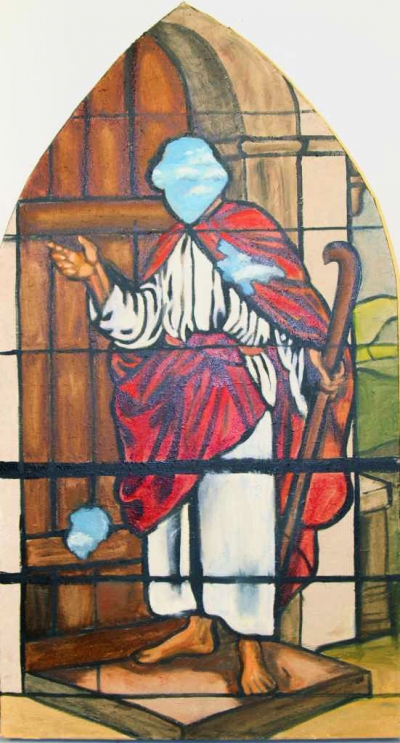 Jennifer Jones
For almost a decade, Drawing graduate Jennifer Jones has pursued studies at KCAD. During this time she also worked for several custom automotive paint shops and operated her own company, Jennifer Jaze Custom Paint, LLC. Through her study abroad opportunities in both Italy and the Netherlands, Jones was able to gain a stronger worldview. Jones' body of work courageously dives into her personal history and combines it with extensive theoretical and art historical research, creating complex imagery and compelling conversation within her content. 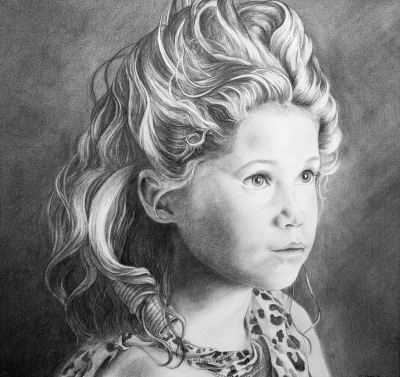 Stephanie McCarthy
As a child, Metals and Jewelry Design winner Stephanie McCarthy was always interested in symbolism. It was through this interest that she began to explore various cultures in an effort to understand how symbols are interpreted based on both culture and tradition. According to McCarthy, symbolism is an essential part of who she is and what she wants to do with her jewelry designs. 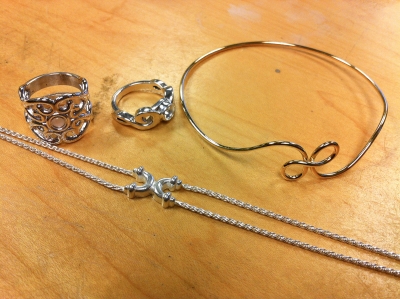 Alyssa Parsons
Alyssa Parsons, of Las Cruces, New Mexico, was chosen to represent the 2013 graduating class as its Valedictorian. Parsons is also being honored as the 2013 Excellence Award winner for the Illustration Program. Early on she developed a love of illustration and remembers browsing bookstores not only to find something new to read, but more importantly to study beautifully illustrated book covers. This fascination is what led Parsons to study at KCAD to pursue a life-long love and study of illustration. Parsons' thesis exhibition focuses on digital children's illustrations that utilize humor, bright colors, and a simplified style to appeal to both children and their parents. 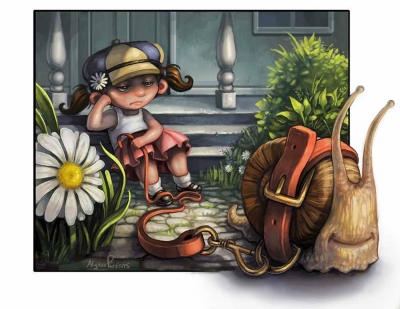 Leah Robbins
After graduating with her Bachelor of Fine Arts Degree in Printmaking and a minor in Art History, Leah Robbins hopes to earn an apprenticeship through the Women's Studio Workshop in Rosendale, New York. She also hopes to open her own studio with a fellow printmaker. Robbins is well known in the KCAD community for her willingness to share both her time and talent with fellow students. 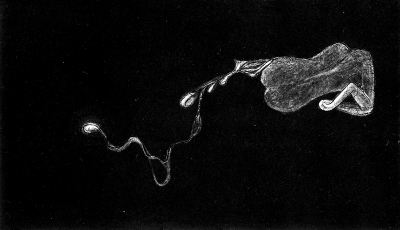 Sharon Schlueter
Sharon Schlueter's long-time interest in Interior Design solidified a number of years ago when she designed her own 3,500 square foot mountain home in North Carolina. In 2009, after years of running a family business, Schlueter decided to enroll in the Interior Design program at Kendall, joining her daughter Elizabeth, then a Kendall graphic design student who is now employed with the college as a designer. While attending KCAD Schlueter was honored on the Dean's List and chosen to receive the Jeanette O'Brien Departmental Scholarship in the fall of 2012. 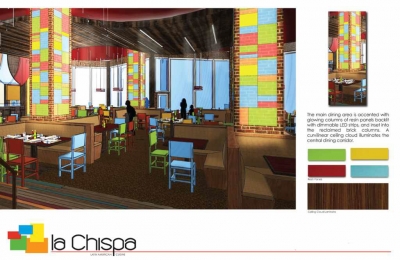 Alyn Tran
Alyn Tran's passion for Digital Media was evident early on when her family bought its first computer. In the beginning she admits that she barely knew how to use a computer, let alone the complex digital imaging programs. However, by the age of ten she was able to effectively produce digitally designed artwork. This self-motivation and drive are apparent in her body of work. Her diversity of skills has allowed her to successfully produce concept work with an element of magic. 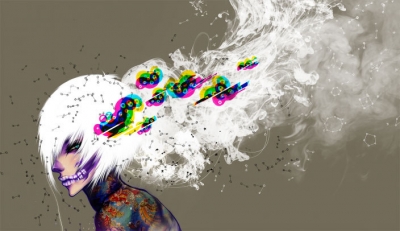 Anna Vanderjagt
Anna Vanderjagt has confidence that the skills she has developed through her education will aid her as she continues to pursue continued studies in Art History and Museum Studies. When asked about her time at KCAD she shared that the Art History program gave her a new lens with which to see the world. Currently Vanderjagt splits her time between the Grand Rapids Public Museum, where she assists with collections, and Frederik Meijer Gardens and Sculpture Park, where she is a sculpture intern. 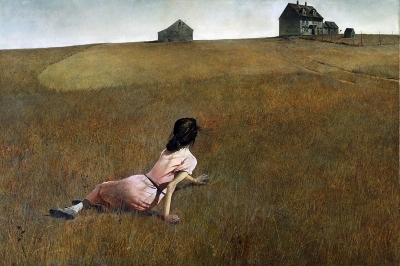 These award-winning students will enter the working world with the necessary tools and the same sense of enthusiasm and passion for their careers as they had during their experiences at Kendall.