As a professor, I want to expose my students to "real life" design experiences. So when my daughter, who attends East Rockford Middle School (ERMS), told me that her fine arts class was looking for volunteers to help with their upcoming production of "Cinderella Plays Basketball," I saw an opportunity to involve my students in a community outreach effort that could double as a valuable learning experience. After reaching out to ERMS faculty, it was decided that my students would collaborate with the ERMS students to design the costumes for the production. 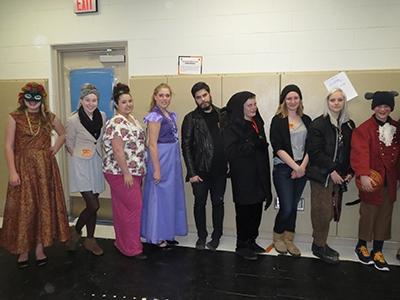 One of the things we want our Fashion Studies students to understand early on is the relationship between garment design, fabric, fit, and construction processes for a specific customer. Another is to utilize a teamwork approach to solving problems and completing design projects. So I placed my students into teams, and they spent the next month going through the entire design process as a group.

For this project, the process began with an analysis of the script, musical composition and choreography. Once guidelines were established, the costume research began, as the students gathered information to create the preliminary sketches. Those sketches were then presented to the play’s costume committee, composed entirely of ERMS 6th graders, and a collaborative decision was made as to what the general directions of the costumes would be.

From there, the KCAD students worked to create original costumes and pulled together additional costumes by modifying items from ERMS’s existing wardrobe closet. The final product needed to convey the spirit of the character and make him/her easily identifiable on the stage. 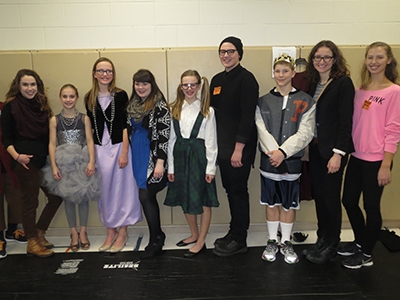 Fashion Studies student Danielle Hoag had this to say about the process: "This project was a fun way to use our knowledge of fashion to interact one-on-one with the ERMS students as we would with potential clientele. I’m amazed at the effort and creativity that all of us, KCAD and ERMS students, put into the final production."

Opening night served as the litmus test of our collaboration, and we were all anxious to see how the costumes looked and performed on stage. In the end, it proved to be a great success and a unique experience for all involved 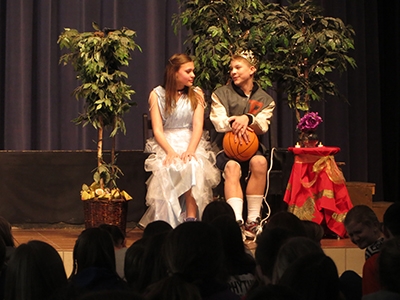 Kristen Ripley, a Fine Arts teacher at EMRS, said, “watching the KCAD students collaborate with the sixth graders was one of the highlights of this production. Both groups had creative ideas, and the process of working together with the older, more experienced students was a great learning experience for us! The costumes were beautiful and really added a lot to the production.” 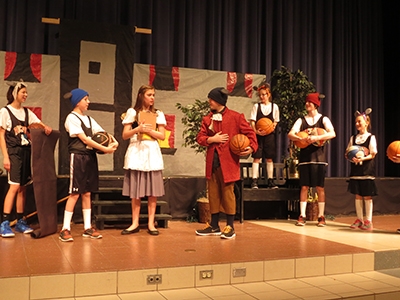 For the KCAD students, the real reward was being able to help the young thespians succeed in their own artistic pursuits. ERMS student Skylar Lennon played the role of Mouzart, a mouse of obvious musical talents. In a thank you note, which accompanied some wonderful drawings of his costume and others from the play, Skylar wrote the following:

"You did an amazing job on Mouzart's Suit. It was so perfect. It worked so well. It was (I think) the best costume in the play and I really can't thank you enough for going out of your way and making this on your own time. You couldn't have done a better job!" 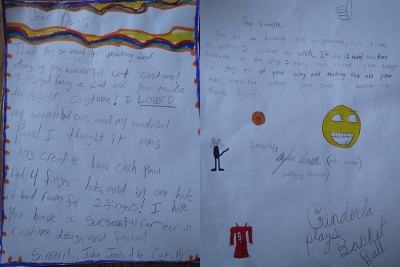 Two letters from grateful ERMS students. When my students and I read these, it really validated our efforts! (photo credit: Lori Faulkner)

When I read that, it served as a pleasant reminder of how important it is to provide my students with experiences that transcend the classroom and create impact right here in our community.

I’m already looking forward to our next adventure.