From Barefoot Madonna to Maggie the Ripper

I always find lectures by visiting art historians fascinating. Looking at works of art in historical context, examining the details, and hearing the backstories leaves me hungry to learn more. Such was the case on Wednesday, November 2 when I attended a lecture by Jo-Ann Morgan describing cultural history from the 19th century. 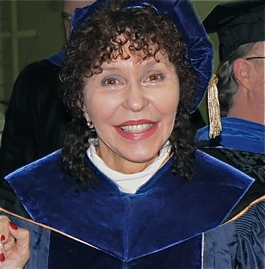 Morgan is the author “Uncle Tom’s Cabin” as Visual Culture” (University of Missouri Press, 2007) winner of the 2008 Peter Seaborg Award for Civil War Nonfiction. She received her Ph.D. in art history from the University of California, Los Angeles (1997) and also has degrees in studio art from the University of Wyoming (MFA) and the California College of the Arts (BFA). She is associate professor of art history in a dual appointment with the Department of African American Studies and Department of Art at Western Illinois University. A practicing visual artist, Morgan's woven wire sculptures are often featured in films and on television programs. She is currently researching for a book project about the Black Power Movement in visual culture.

Morgan’s lecture was titled “From Barefoot Madonna to Maggie the Ripper: Mulatto Women in Nineteenth Century Visual Culture.” “Mulatto” isn’t a word heard often these days, and is defined as, “the first general offspring of a Black and White parent; or, an individual with both White and Black ancestors. Generally, Mulattoes are light-skinned, though dark enough to be excluded from the White race.” 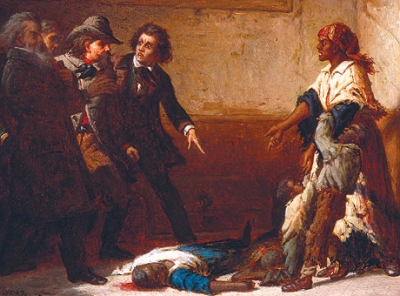 “Maggie the Ripper” is Margaret Garner, a 23-year-old enslaved Black woman in pre-Civil War America. She and her family had escaped in January 1856 across the frozen Ohio River to Cincinnati, but were captured. When she was apprehended, she had cut the throat of her youngest daughter, and was attempting to kill her other children and presumably herself, rather than be returned to slavery. Margaret Garner's defense attorney moved to have her tried for murder in Ohio, in order to get a trial in a free state as well as to challenge the Fugitive Slave Law as well.

Garner’s story was the inspiration for the novel Beloved (1987) by Nobel Prize winner Toni Morrison (that later was adapted into a film of the same name starring Oprah Winfrey), as well as for her libretto for the early 21st century opera Margaret Garner (2005).

Garner was described in newspapers as mulatto with “white blood,” and “delicate” and “intelligent” eyes. By the time Kentucky-born Thomas Satterwhite Noble (1835-1907), son of a slaveholder, and former Confederate soldier, chose, in 1867, to paint the famous slave fugitive, Garner’s case had all but faded from memory, but perceptions of mixed-race women had changed markedly from gentle, light-skinned madonnas, often painted cradling a babe and wearing a shawl draped about them, reminiscent of images of Mary (as shown in the painting, “The Last Slave Auction in St. Louis”). Gone were Garner’s delicate features, and instead, the frantic woman has the face of a cornered animal, teeth bared and holding a knife dripping with blood, while her dead daughter lay at her feet. 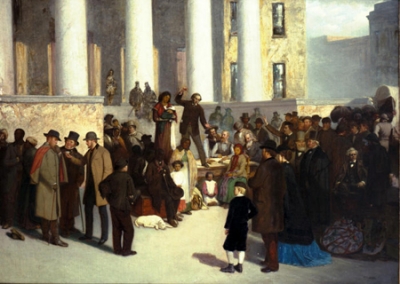 In her lecture, Morgan reminded the audience that prior to the Civil War, Black and Mulatto women were considered nothing more than breeding stock, and the children they bore, whether Black or mixed-race, were little more than property to be sold for profit. After the War, as abolition spread across the country, the same women and children were a guilty reminder of the indiscretion of slave owners, and the image of Mulatto women began to change.

After her speech, Morgan answered questions and signed books. I left, haunted by the thought of Margaret, who would rather see her children return to God than endure the life of a slave. 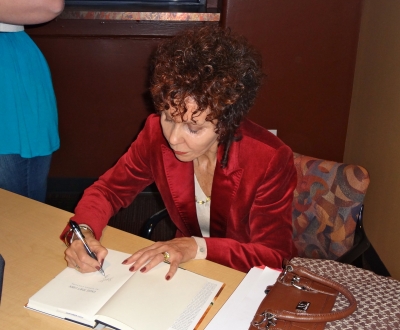