Gallery Directors Up To The Challenge of Curating ArtPrize

Gallery Director Sarah Joseph and Assistant Gallery Director Michele Bosak are old hands when it comes to ArtPrize. But they admit, curating two shows and wrangling 32 artists—as well as two installations—is challenging, as well as exciting. 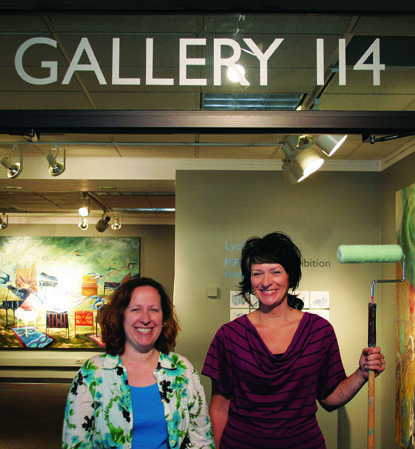 Joseph and her staff are utilizing all galleries, as well as the atrium and Student Commons, at Kendall, while Bosak is curating the Women’s City Club for the second year.  Neither Joseph or Bosak had a specific theme in mind when assembling the two shows, but both said their first and foremost requirement was quality work.

Joseph said, “This year we intentionally sought out specific artists in addition to selecting other artists from the ArtPrize roster. I wanted to get a range of different media and really strong work.” She also looked for artists whose work is site specific, such as Jonathan Brilliant. “He’s really excited by the challenges the Main Gallery space presents, such as the pillars.” Brilliant has been in Grand Rapids since September 7, slowly but surely weaving sticks together. 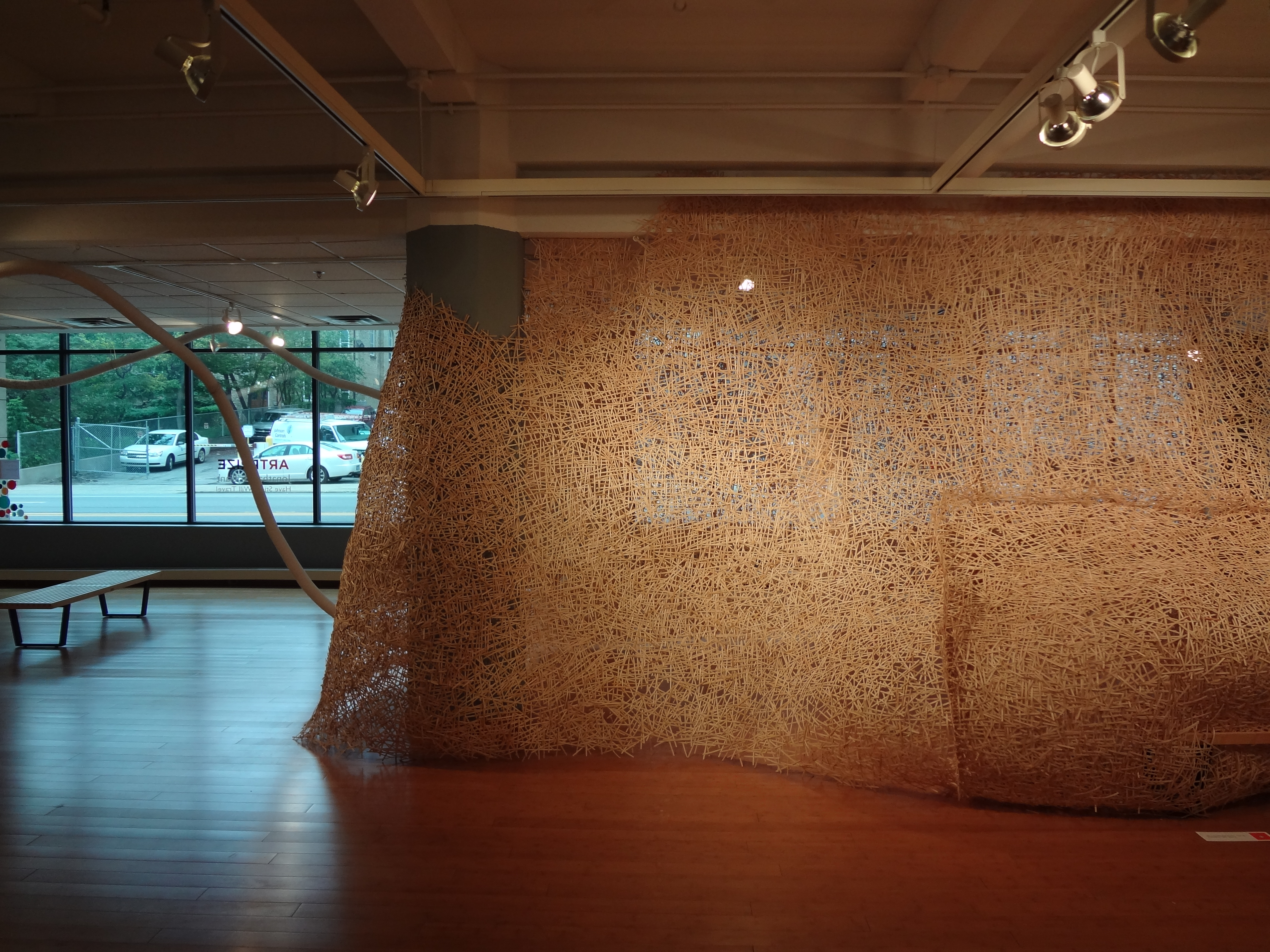 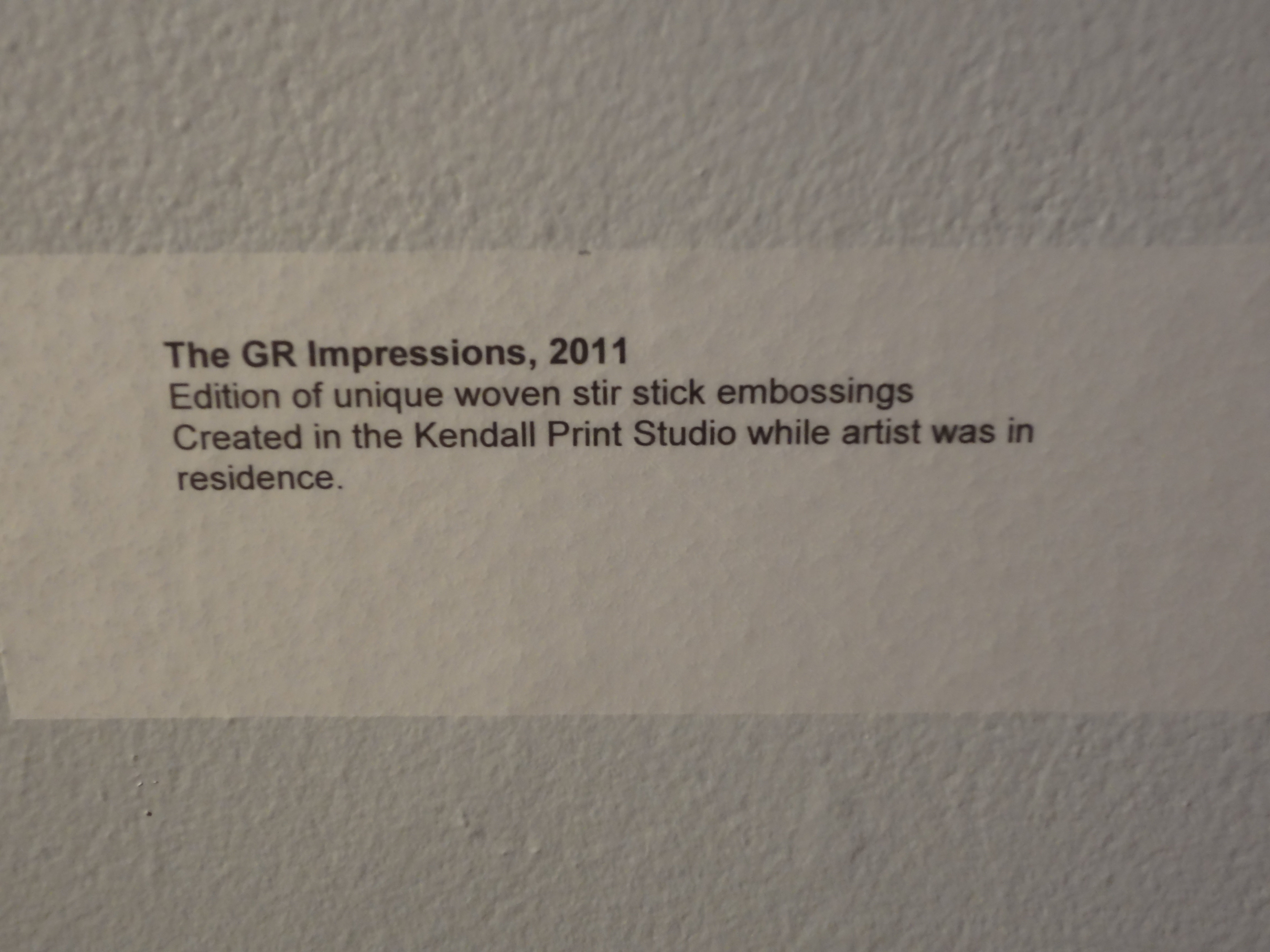 Bosak, too, had her challenges in curating the Women’s City Club. Built in the 1860’s as a two-story Italianate Villa, the Women’s City Club is very compartmentalized with numerous small rooms. The largest exhibit is downstairs in the ballroom, in which walls were erected specifically for ArtPrize.

But Bosak does have one large space at her disposal: The Club’s dining room, Desdemona’s, which will display “The Sky is Not Falling,” by Grand Rapids artist Mark Rumsey. A site-specific piece composed of folded paper forms suspended in space, it will be hung from the dining room’s ceiling. I recommend you stop by to see it at different times of the day and night. The interplay of light on the thousands of pieces of paper is amazing. And listen when it’s relatively quiet: you’ll hear a gentle rustling sound. 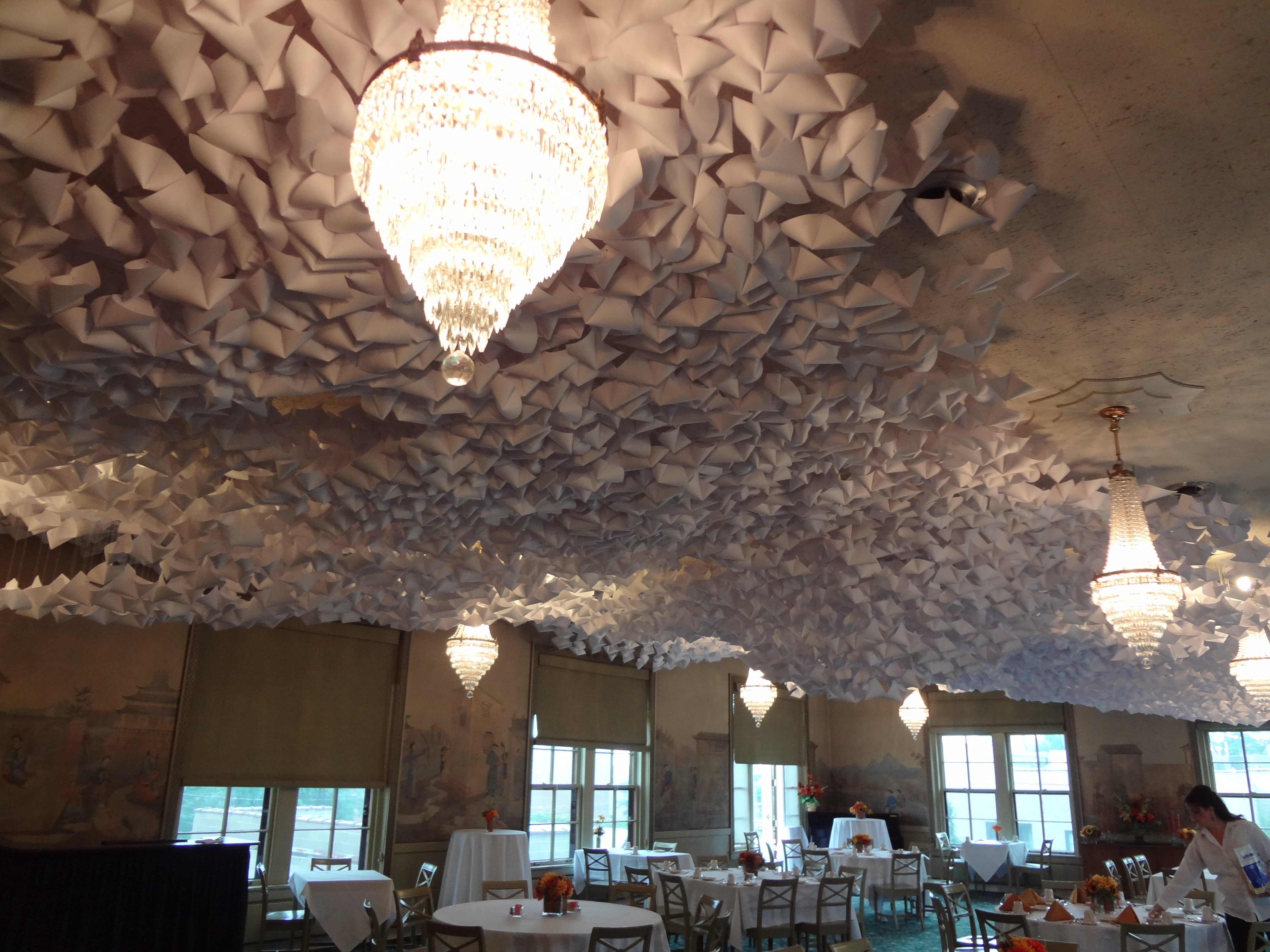 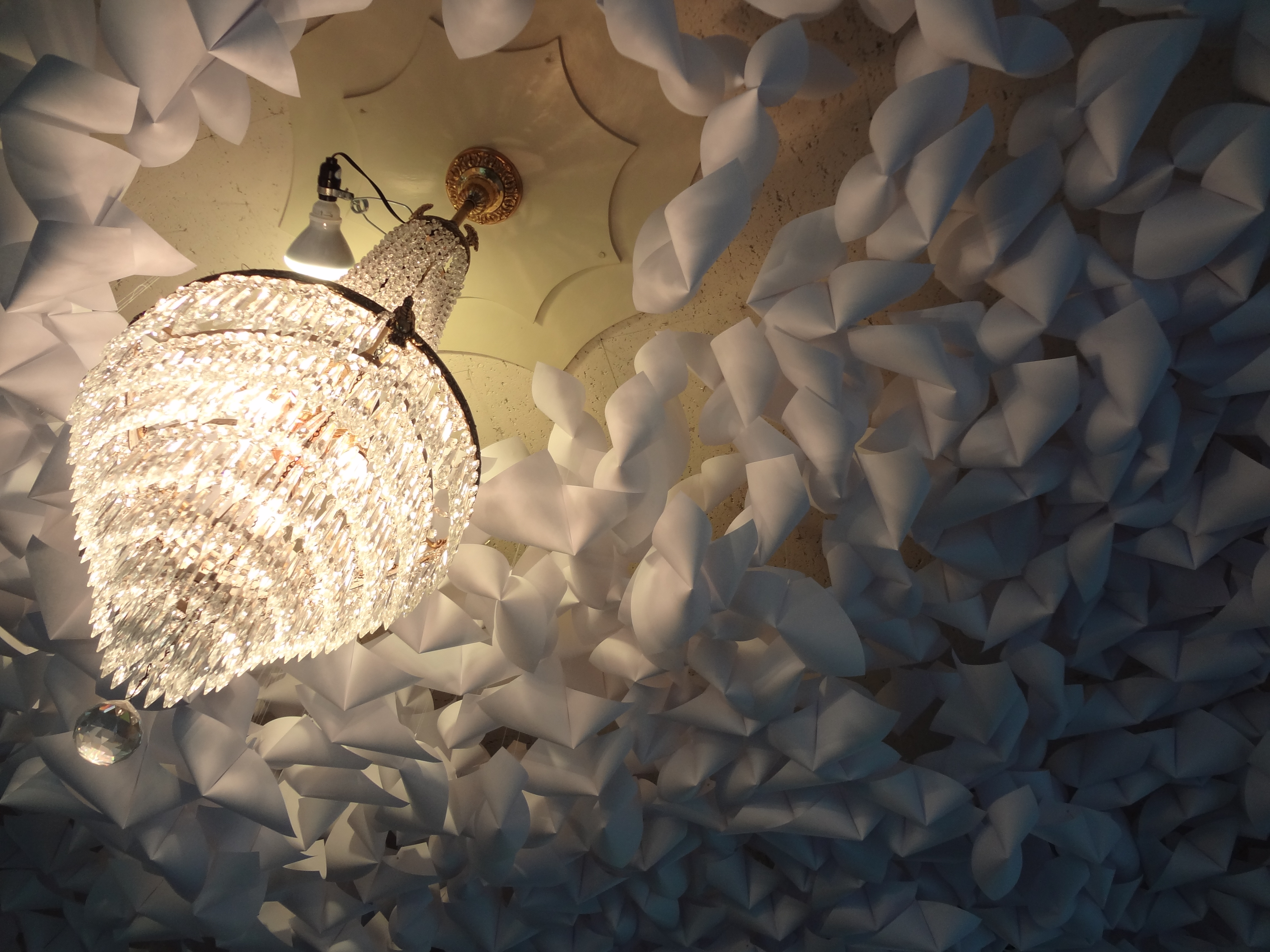 Bosak and Joseph are philosophical as they look toward the creative chaos of working with so many artists. “We simply treat it as if is a really, really large group show,” says Joseph with a smile. “But it’s worth the effort. There are a lot of phenomenal people participating in ArtPrize.”