It was a beautiful autumn day on Oct. 12 when 45 Kendall College of Art and Design students, faculty, and members of Design West Michigan boarded the bus for a trip to Bloomfield Hills and the Cranbrook Academy of Art. That’s where we were in for a treat: the George Nelson Exhibit. 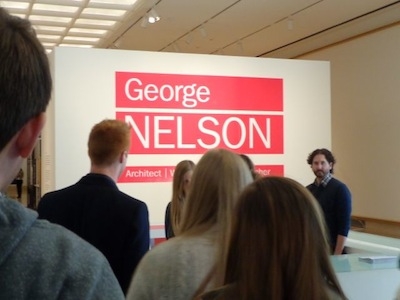 The 2-hour bus trip seemed to fly by as we had a private screening of the documentary, “Design & Thinking,” which ended right as we rolled onto Cranbrook’s beautiful campus.

Herman Miller’s former design director, George Nelson, created some of the most iconic, modernist furniture of the 20th century. Nelson was responsible for the production of a number of furnishings and interior designs that became modern classics, including the Coconut Chair (1956), the Marshmallow Sofa (1956), the Ball Clock (1947), and the Bubble Lamps (1952 onwards). Organized by the Vitra Design Museum in Germany, the exhibition is the first comprehensive retrospective of Nelson’s work. It’s been touring in Europe and most recently in the United States at the Bellevue Art Museum in Seattle. We saw the exhibition on its last day in Michigan before it was to go to Yale College and then return to Vitra in Basel, Switzerland. 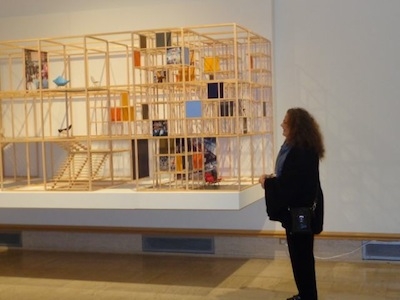 More than 120 three-dimensional objects including examples of chairs, benches, desks, cabinets, lamps, and clocks, as well as drawings, photographs, architectural models, and films, form the core of the exhibition. 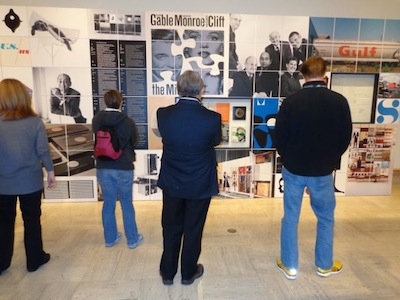 Our tour began with an auditorium presentation by none other than Design West Michigan Director John Berry. Berry has over 35 years of professional design involvement including global manufacturers, international architectural and design firms, foundations and board positions on art & design schools and professional organizations.


Little did we know that the presentation, which uses Nelson’s own words in his voice, sharing his relationship with Herman Miller, would be interspersed with Berry’s personal recollections of Nelson. Berry met Nelson on his second day of work in 1980 in corporate communications at Herman Miller. 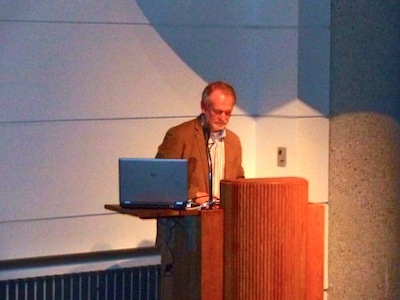 “On my first day, I went to the CEO who told me he’d organized an orientation for me,” Berry says. “So I’m in my office the next morning, and there stands George.”


But what followed was a week of discussion about the workplace of the future and an exploration of Nelson’s view of the world of design and work.


“It was an incredible orientation,” Berry says. “He told me to go out and work in the plant for two weeks – and I did.” 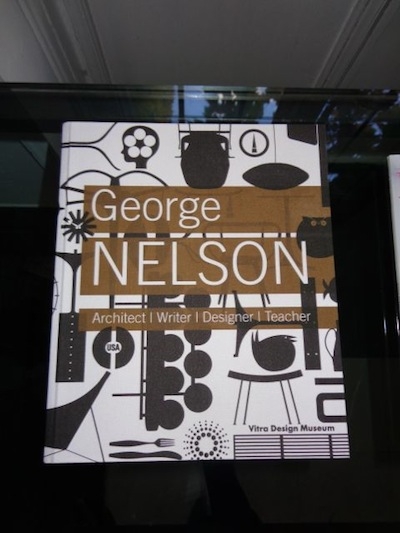 After the presentation (peppered with a few more of Berry’s recollections), we explored the exhibition, which included furniture, graphic design, videos and much more.

Then it was off to the Cranbrook Boys Academy Dining Hall. Built in 1927 as a dining hall, it’s a treasure trove of architecture and furnishings reminiscent of Harry Potter’s Hogwarts dining hall. 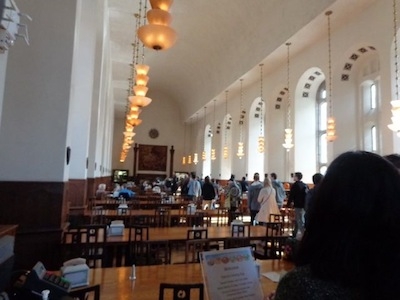 We also got a sneak peek into the Milles House; designed by Eero Saarinen for the sculptor Carl Milles, and a tour of Cranbrook’s exhibit, “Vision and Interpretation: Building Cranbrook, 1904-2012.” 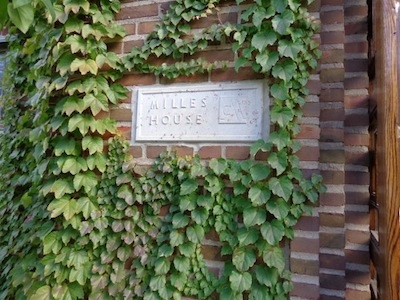 Our last stop was a special tour into Cranbrook’s new Collections Wing. Gregory Wittkopp, Cranbrook Art Museum Director reminded us that we could look, but not touch the incredible collection of mid-century modern furniture. We obeyed—but it was difficult! 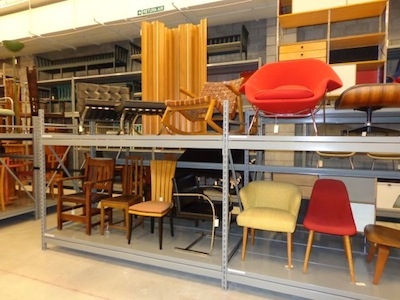