Kendall College of Art and Design of Ferris State University (KCAD) alumna Jen Horling (’07, BFA Graphic Design) is making a name for herself in the movies, but not in the way she’d originally planned.

In 2013 while living in Grand Rapids, Horling, who’d been doing freelance graphic design work for a wide range of clients since graduating from KCAD, auditioned for a part in the film “Holiday Miracle” on a whim. Instead, she walked out with a job in the film’s art department. 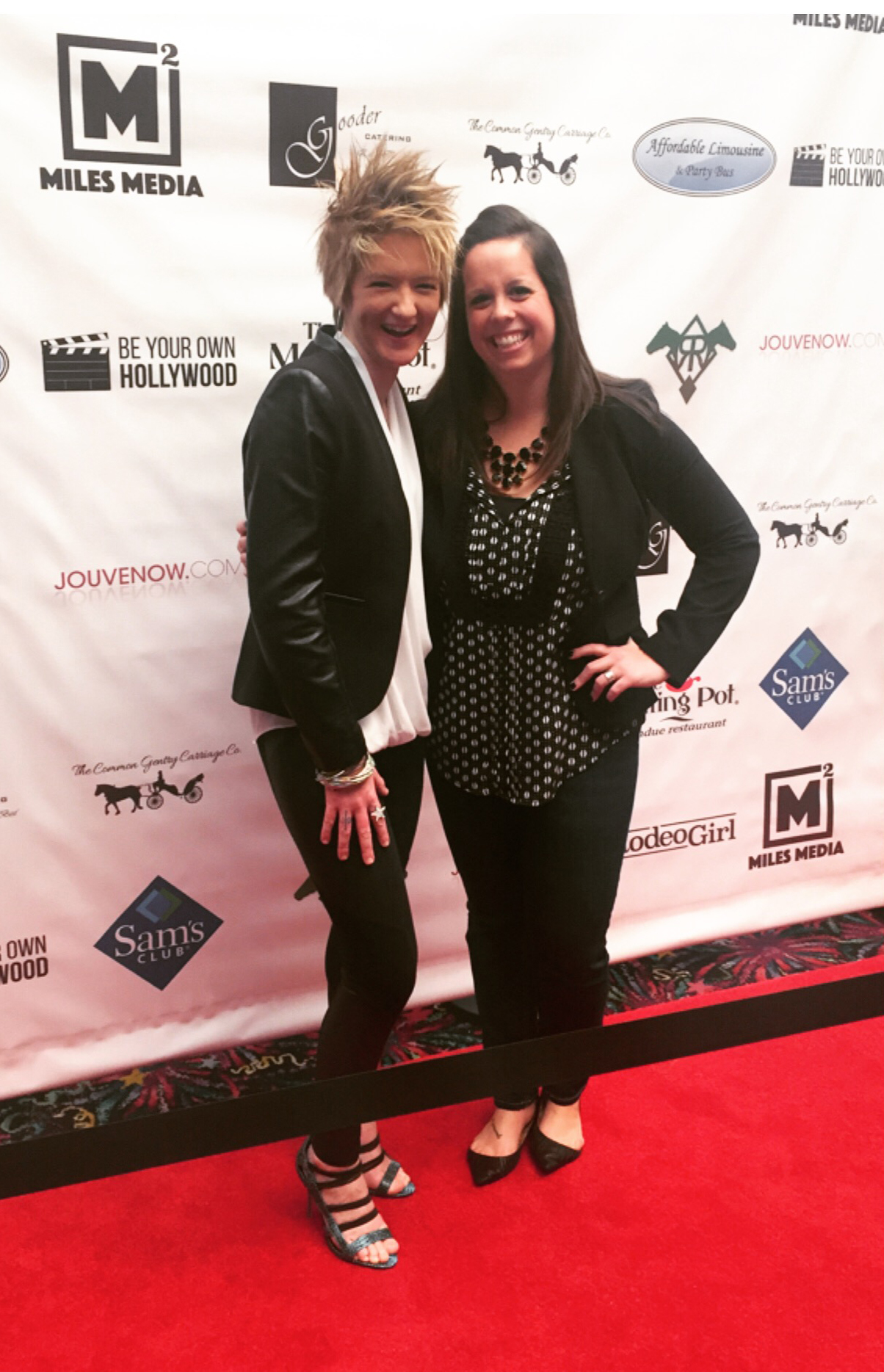 Jen Horling (left) with a friend at the premier of “Rodeo Girl” in Grand Rapids (credit: Serena Xu-Ning Carr)

Horling’s background in graphic design led to an opportunity to design a hand-painted logo for a police station in the movie, as well as helping bring other production elements to life. Her success with “Holiday Miracle” led to more freelance work in the industry, and after a few similar jobs on films such as “Best Seller,”“Rodeo Girl,” and “Saugatuck Cures,” all filmed in Michigan, and “The Last Straw,” filmed in New York, Horling was hooked.

“I knew art was involved in film, but I didn’t know anything about the specific roles it played and how I could use my design degree in such a cool way and in so many different mediums,” she says. “I never intended to pursue this career, but I’ve fallen completely in love with it.” 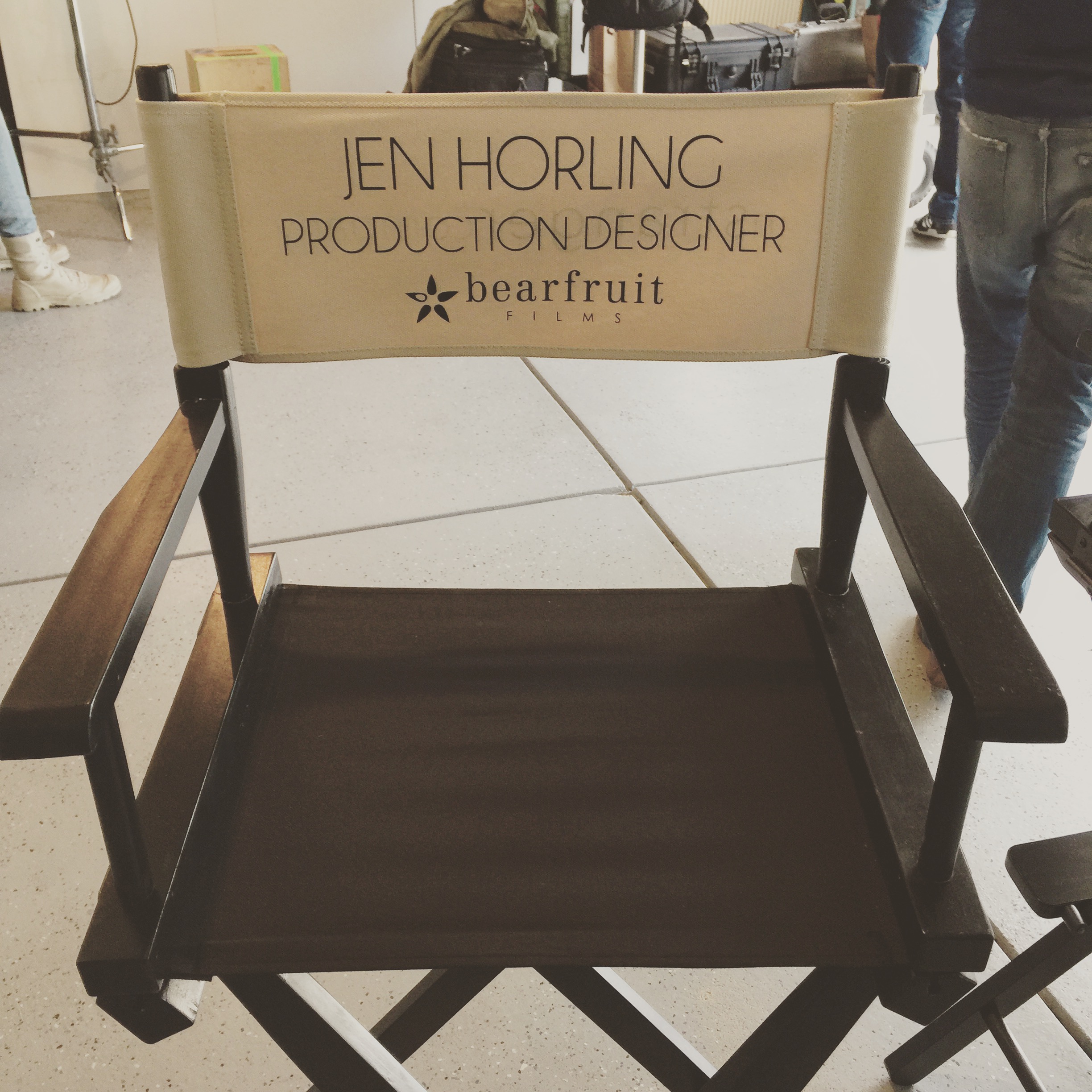 Horling started out in the industry developing visual concepts and layouts, creating branding campaigns, building props, and designing promotional movie posters. Over time, she has stepped into greater responsibility working as a production designer, overseeing the enitre art department creating a cohesive look and feel for a film from start to finish.

“When I’m involved in several different phases of production at once I end up doing a lot more work, but I love being able to use that much of my graphic design background because that’s what I’m best at, and KCAD did a great job preparing me for that kind of work,” she says. “My education, especially in color and color theory, allows me to give good direction for set design, thinking about things like balance, lighting, continuity, and even wardrobe.”

Horling credits both her experience at KCAD and her faith for opening up new opportunities and helping her build a versatile skill set that’s served her well in the film industry.

“It’s been interesting to see how having a strong foundation in solid graphic design principles has translated so readily to departments I’m not necessarily as skilled in,” she says. “My education and experience allows me to lead well through a good understanding of design. I never imagined that I’d be using my design degree the way that I am now, but I couldn’t be more thankful.” 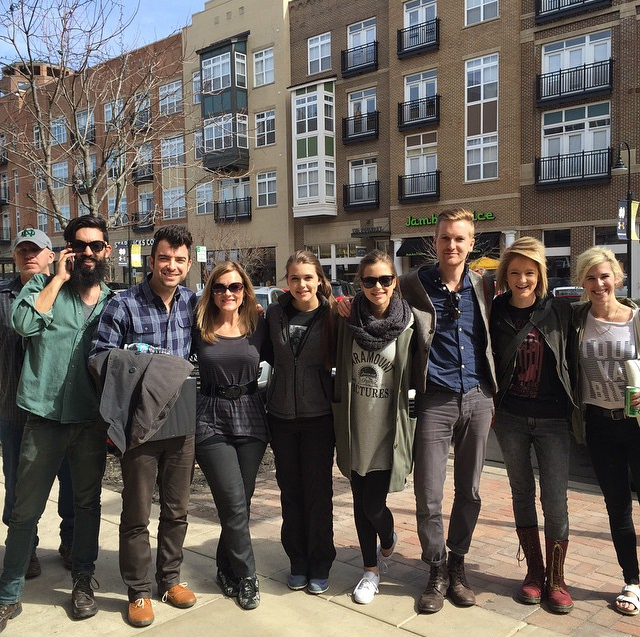 As with any design work, Horling’s job requires creative problem solving. For instance, when a bowl of ice cream that was essential to a scene she was helping to shoot kept melting too fast, Horling quickly brainstormed solutions and discovered that, with a little cosmetic trickery, mashed potatoes could act as a fitting substitute.

“It’s been fun learning through those challenges and getting to try different resources and materials,” she says. “I’ve had to be creative in a different way. I get excited about every opportunity that comes along because you never know what you’re going to have to create next.”

“Crowing Jules,” a film Horling recently worked on as a production designer, was shot in Indiana and is slated to be released in the spring of 2017. The film stars twins Jacqueline and Elizabeth Labadie, who both had roles in the television show “The Middle,” as well as Kristy Swanson of “Ferris Buehler’s Day Off” fame and Kevin Farley, brother of the late comedy legend Chris Farley, who has appeared in classic films such as “The Waterboy” and “Beverly Hills Ninja.” 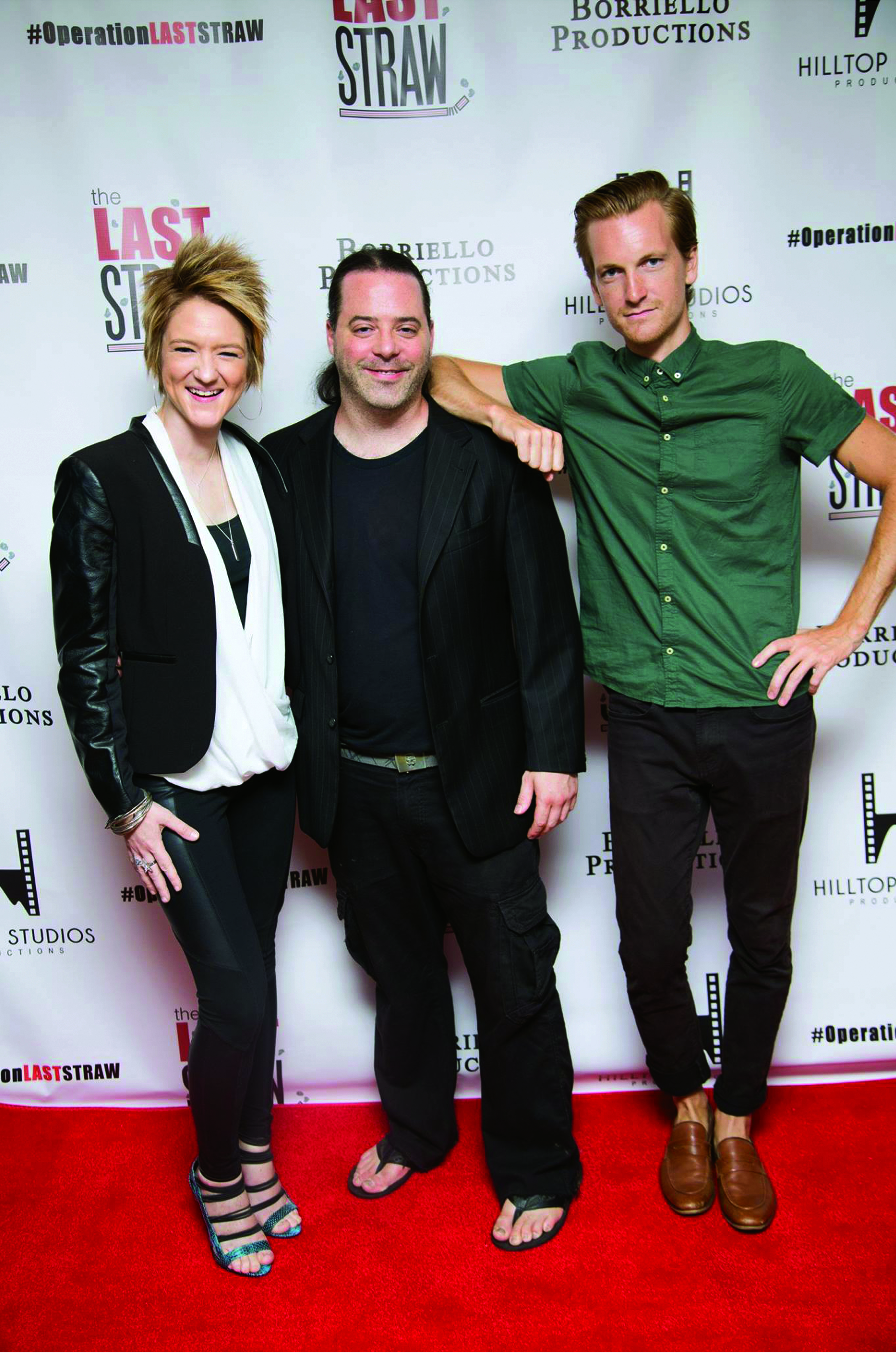 Currently, Horling is working as a production designer for “In Stranger Company,” which is filming in Grand Rapids and features iconic action star Danny Trejo and Jesse Metcalf of “Desperate Housewives.”

Outside of her work on set, Horling was recently accepted into a two-week long intensive production design workshop overseas at The London Film School, where she will have the chance to study under David McHenry, an accomplished art lead who has worked on HBO’s “Game of Thrones.”

“I definitely never get bored,” says Horling. “I prefer it that way. I want to be all over and doing art 24/7. I just love being creative.”