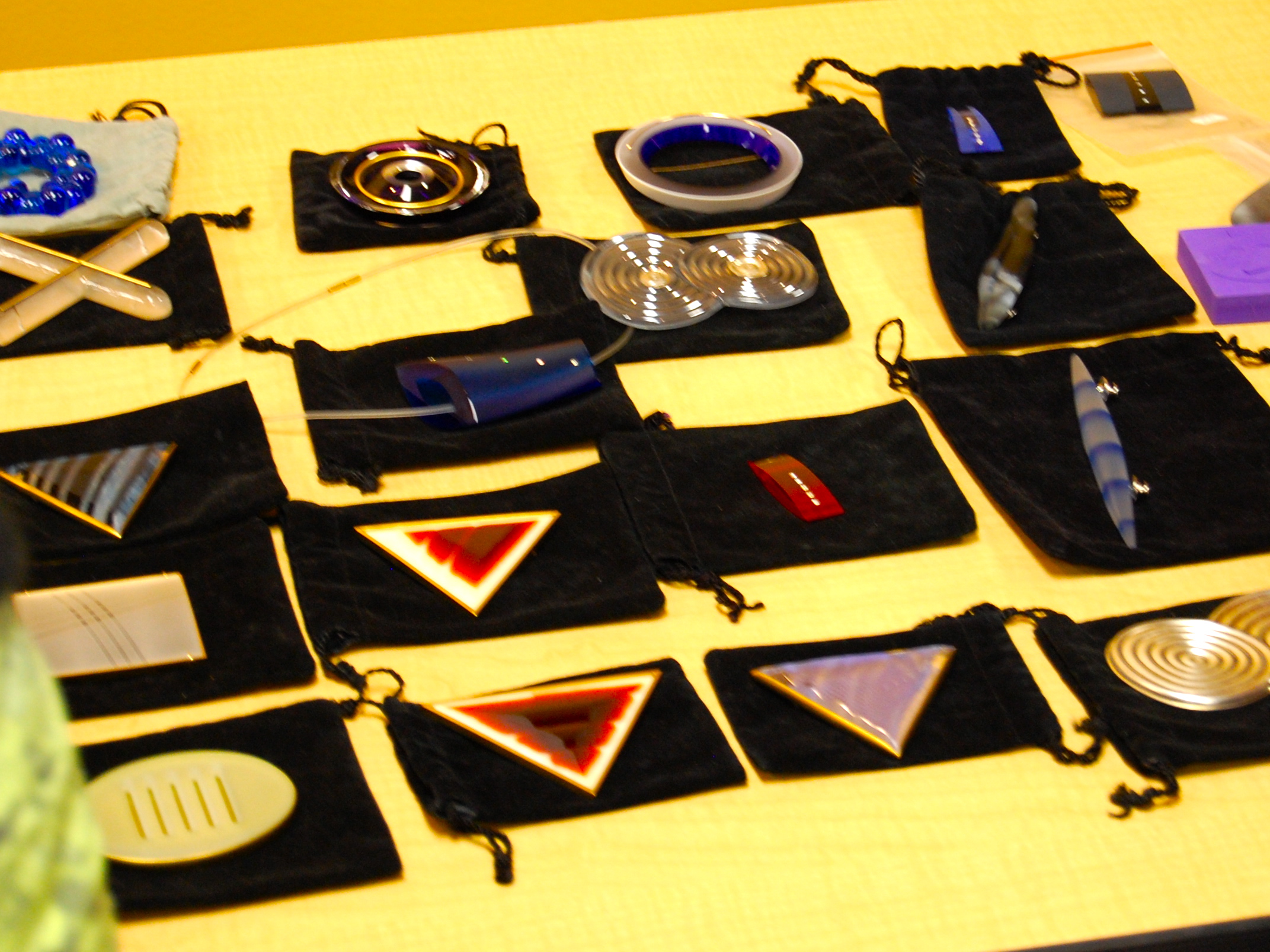 When I got  dressed to attend the Kendall Career Day for the Metals and Jewelry students, I paused and pondered the question of adornment to add to my outfit.  “My gosh,” I thought, “I’ll  be in a room filled with professional and student jewelry makers all morning.”

I selected a simple chain of unusual shells.  And sure enough, students and the speakers alike, asked me what I was wearing, debated over the kind of shells, reached out to touch,  zeroing in with intensity probably not surprising.

The passion for jewelry was palatable in the room.

Three different professionals in the field spoke to the students, with two of them talking mostly about what inspires them in their work. 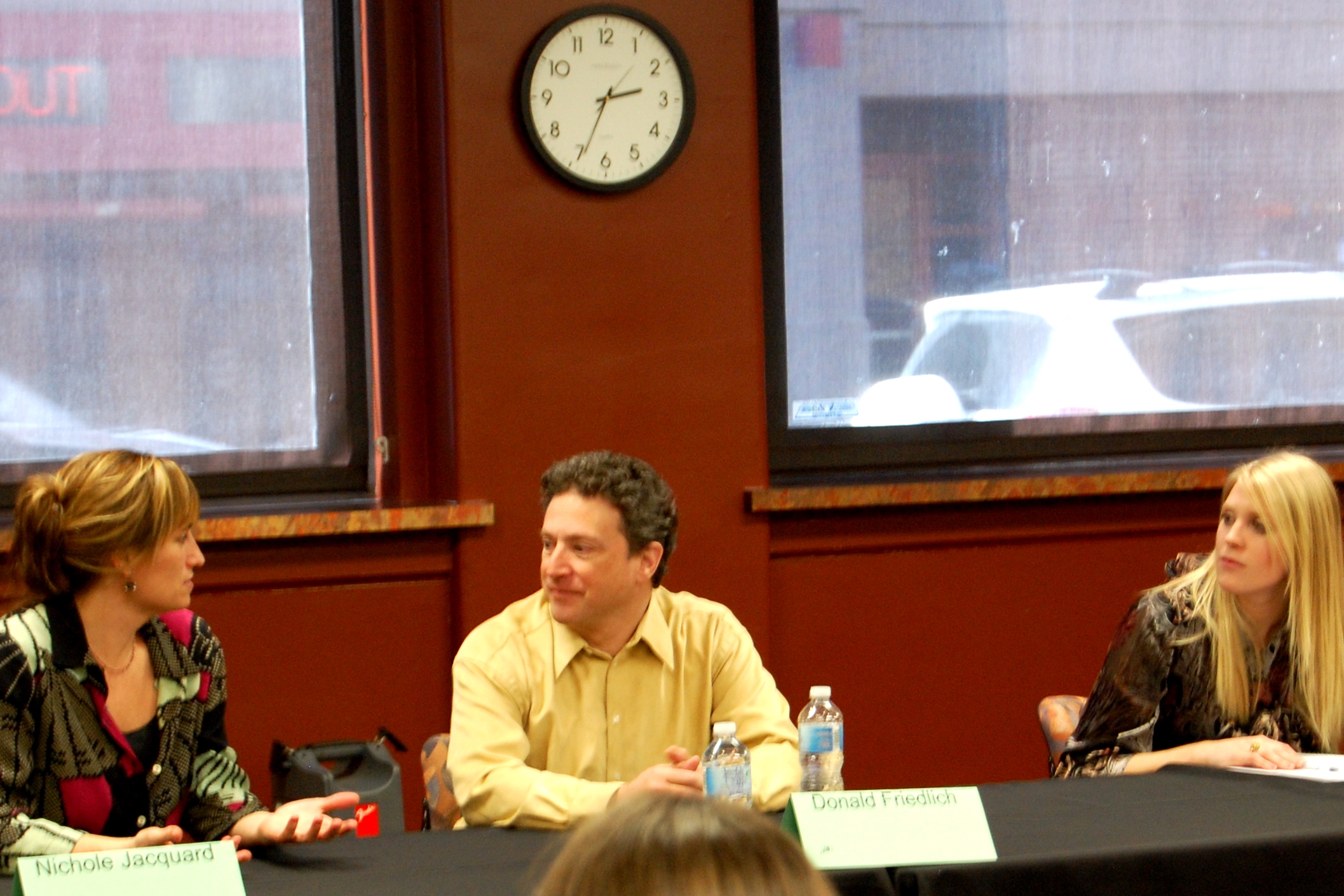 It was pretty interesting.  Don Friedlich, of Madison, Wisconsin, whose work is in the permanent collections of the Victoria and Albert Museum in London, the Smithsonian and many other major institutions gave an entertaining presentation called “Things that make my Heart Beat Faster.” It contained images of things that excite him “visually, creatively, emotionally and intellectually."

It was pretty cool to see the images and the jewelry inspired by them.  For example, he likes Japanese wrapping objects like origami, glass, the American Southwest, impact of erosion and Japanese  gardens.

His presentation got a chuckle when he showed photos of himself at an age just a little older than most of the students. He had very long hair.  He said he didn’t cut  it for 11 years.  Quite a difference from the crisp and polished looking gentleman who spoke in 2011.

He left the group with the words, “Graduation may be the end of your schooling, but not your education.”

Nicole Jacquard who has a PhD and teaches at the University of Indiana, says her formative years were very inspirational.  Her father was a sculptor of very large metal pieces. She said she grew up in a “two crane household” and was known as the “fork lift chick.”

This translated into an interest in jewelry, metals and smaller scale work. Nicole loves going home to a small town in northern lower Michigan where she is inspired by found objects, nature and her family’s African Art collection.

Erin Cornell, a recent Kendall grad, took a different tack with her presentation. She works in New York City as a designer for Monet Jewelry.  She advised students to “network, network, network” now while they are in school and learn how to get along with people.

“If you want to get hired you need people skills.  Lots of people have technical skills but they gotta like you if they are going to give you a job,” she declared. 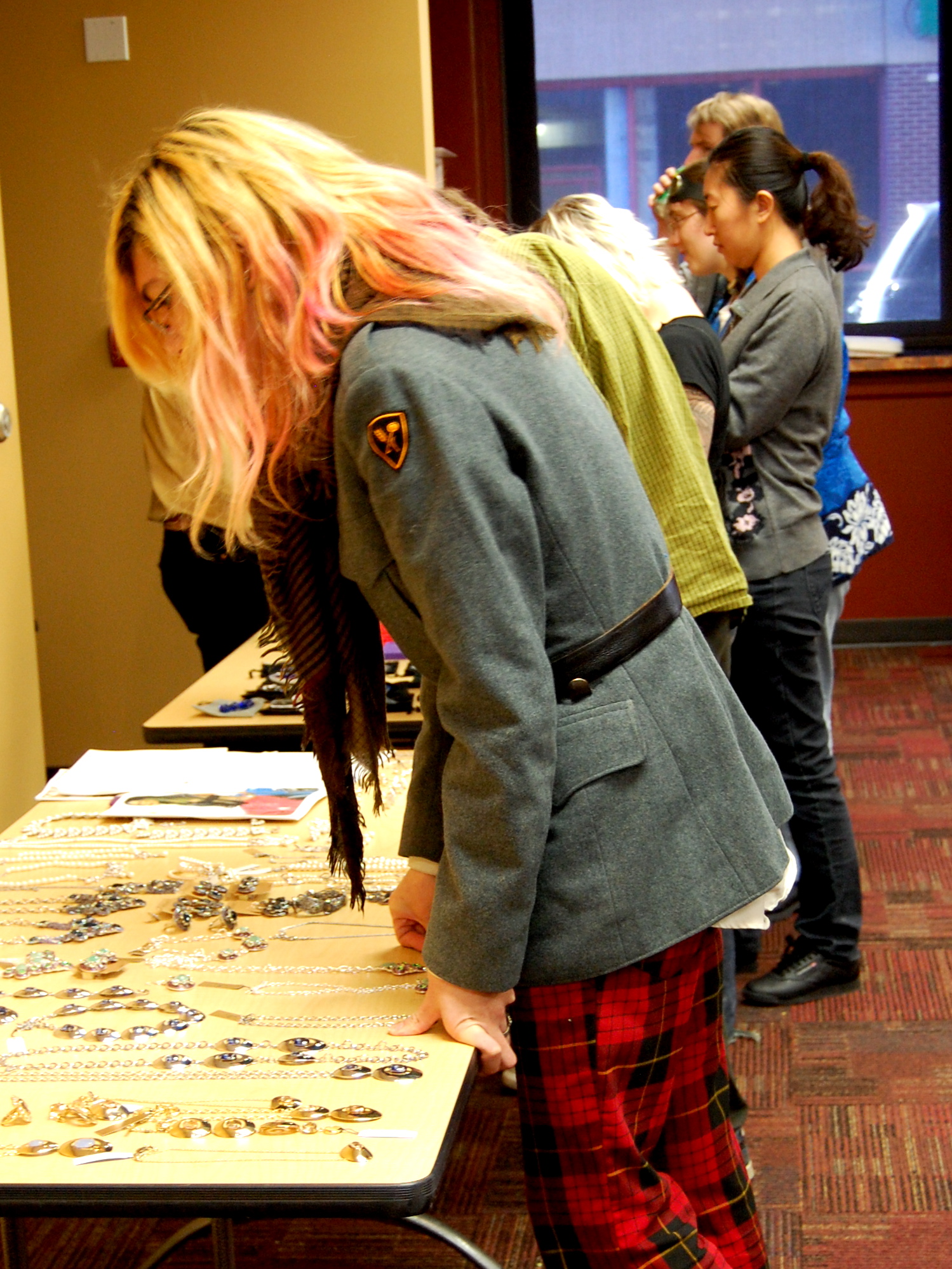 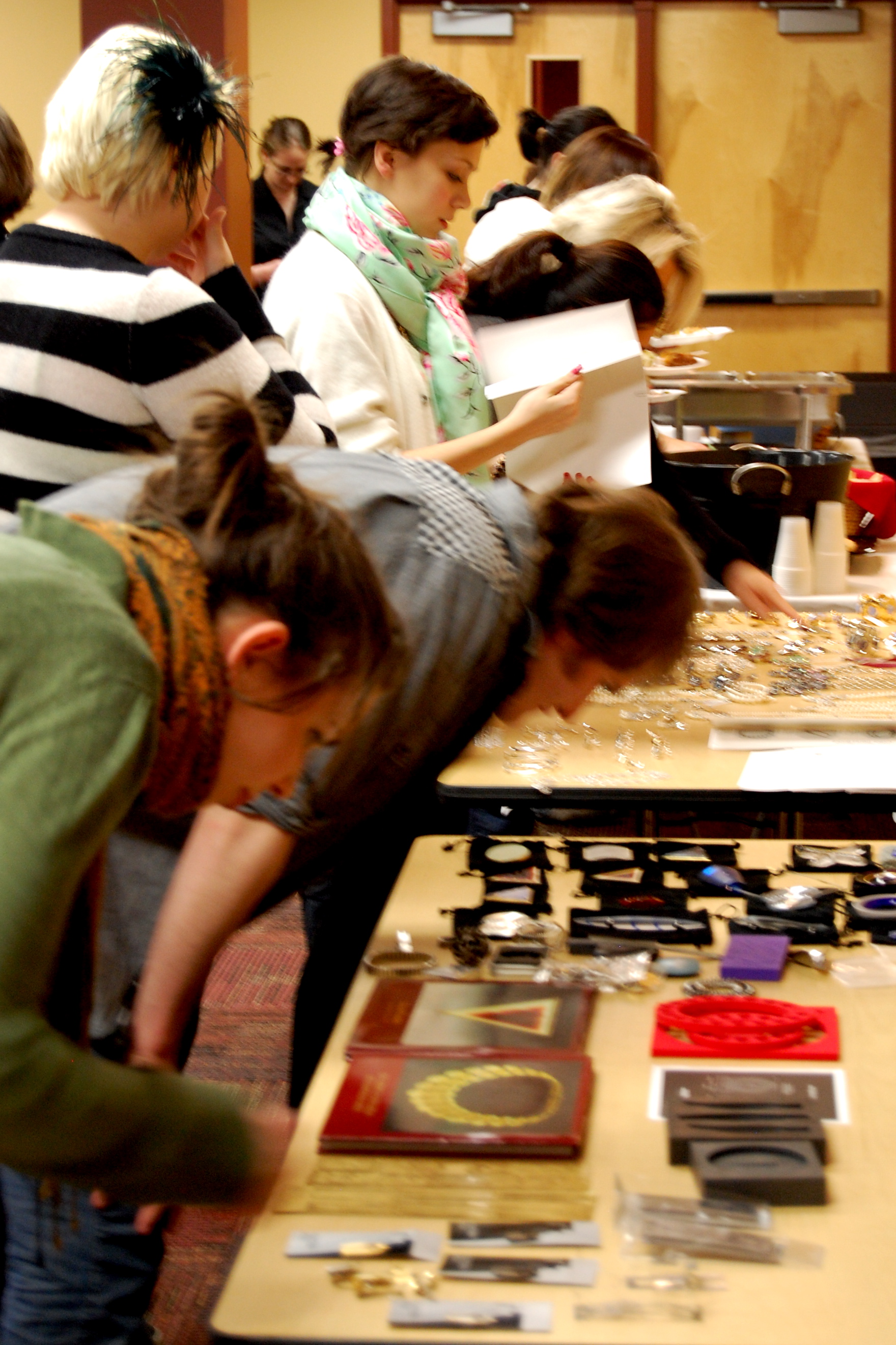