Justin Quinn speaks to students about his “Recent Work” 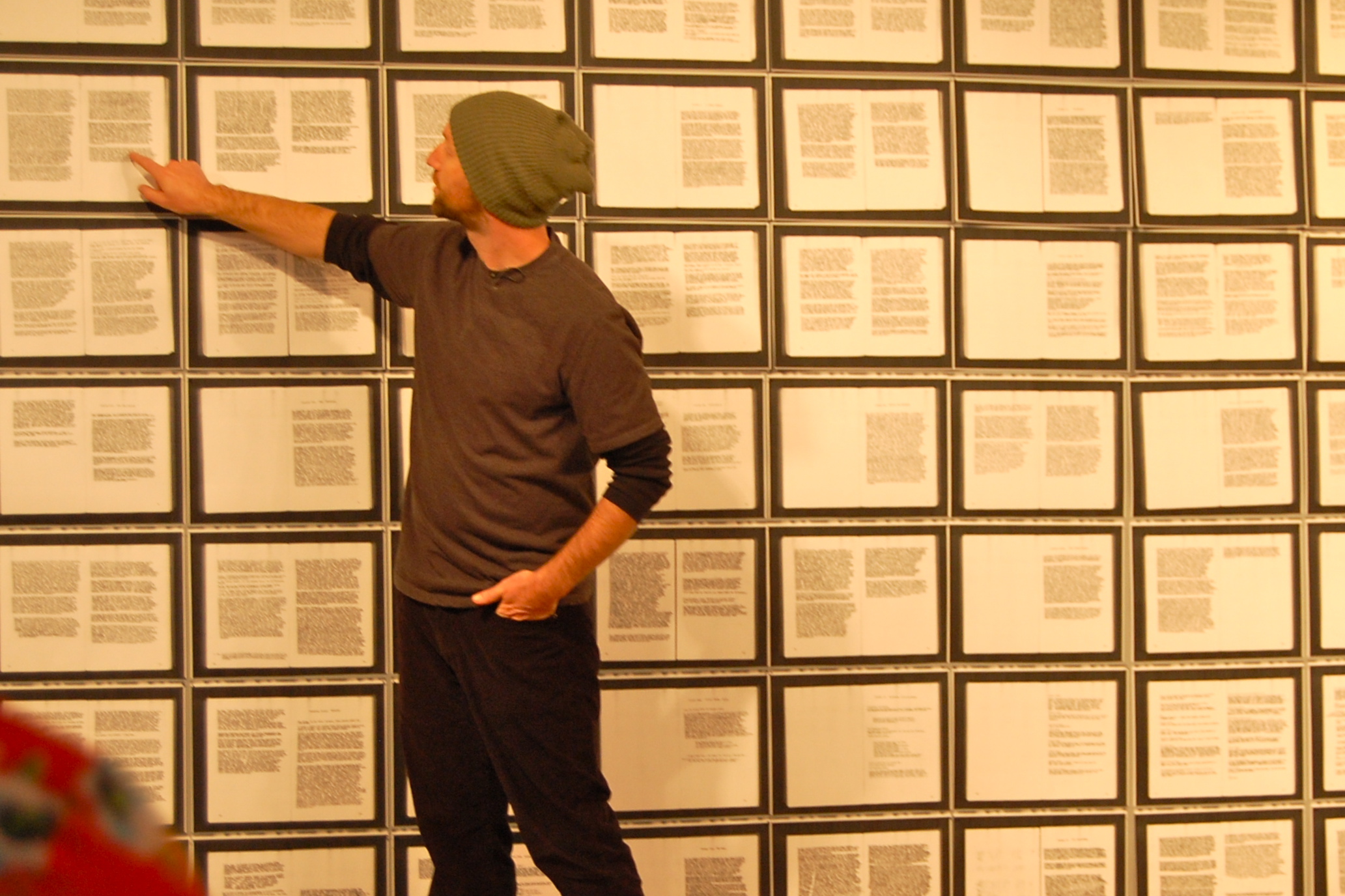 When Justin Quinn gave a gallery talk last week about his exhibit at the Kendall Gallery, he easily conversed with the 70 or so students who showed up to hear about his “Recent Work.”

Quinn, who has an extensive and impressive list of exhibitions teaches  at St. Cloud State University  in Minnesota. He graduated with an MFA in Printmaking from University of Iowa, where he also earned a Masters in Art History.  He obtained his BFA in Studio Arts from the University of Wisconsin.   His talk was part of a Career Day event for Drawing and Print making students.

Clearly the students were interested in what he had to say about all the Es—by his accounting, more than a million, in the room.  He uses Herman Melville’s 1851 novel Moby Dick as source material for large and small scale drawings.  Many are simply transcribed, where E is the surrogate for all the letters in the alphabet while other times the progress of Es takes twists and turns, changes sizes and morphs into graphic patterns.

There are even Es on the floor of the gallery.

Why E?  It stuck me as interesting. It would have been my first question but the issue didn’t come up until the end of the hour- long gallery talk, when a student asked.  Justin replied, grinning, “Well, I was watching a movie with a big eye chart in it. E was at the top.  I decided to use that.”

While this comment had a lighthearted tone to it, his approach to his art is serious and intense.

He took time to explain how he planned the exhibit at Kendall, working from a floor plan, actually building a mock up model. Even with all this effort and planning there was a surprise.   “I didn’t realize the wall of glass windows actually looked out on the street,” he said.  He carefully placed some pieces to mirror each other and others in a progression that made sense to him.  During the talk, he walked around the room, explaining each section to a rapt audience.

“It’s a quirky gallery,” he said.  “I really see it as two spaces because of the dropped ceiling.” Some of the work he described as “almost like sketch books.  And that’s a little weird.  Showing your sketchbooks.”  I look around the room and see nods of understanding.

“I’m really happy with this show.  Everything is new,” he explains.  “Actually if you make things and they work, you need to make more, right?

He laughed at his own joke, students smiling and understanding. 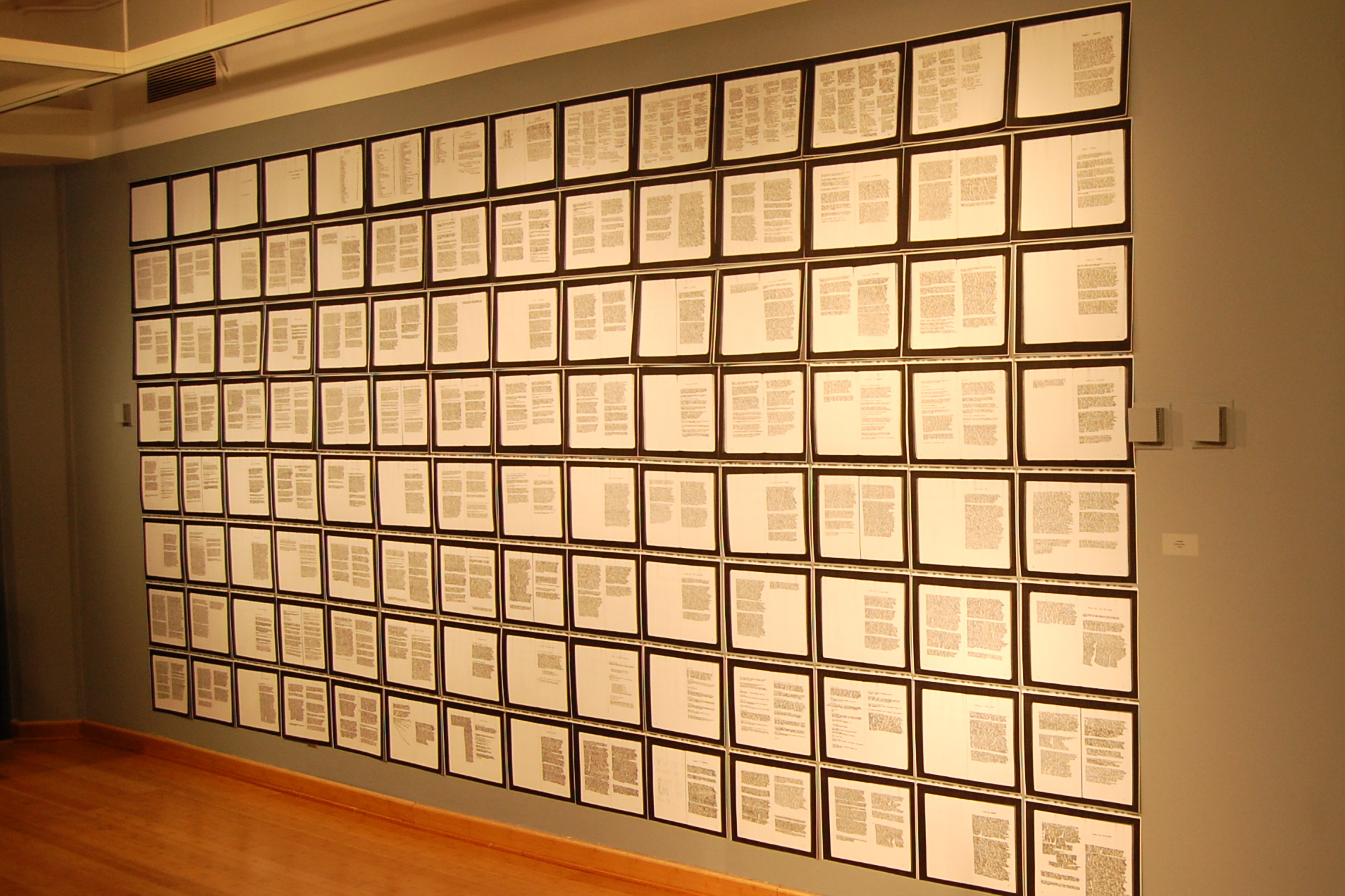