Day one of the 16th annual NeoCon class welcomed 45 students to Chicago in 90-degree heat. We never know what the weather will bring, but we are always positive that the four-day immersive experience will have students thinking BIG.

Dr. Oliver Evans reminded the class that there are a remarkable number of Kendall alumni participating in NeoCon, all with success stories to tell. But on our first day of class, held at Navy Pier, we heard firsthand just what it takes to make it big in a big city. 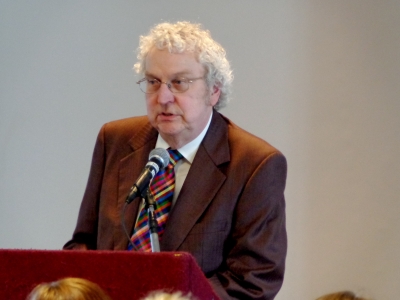 Lauren Mitus graduated with a BFA in Interior Design in 2010. Just two years ago she was a Kendall student attending NeoCon herself. Lauren decided to take the Graphic Design program’s annual trip to New York City. On her own, she went to the Material ConneXion library, where she expressed her desire to intern there. Several months later, she took the NeoCon class and visited the Material ConneXion booth. 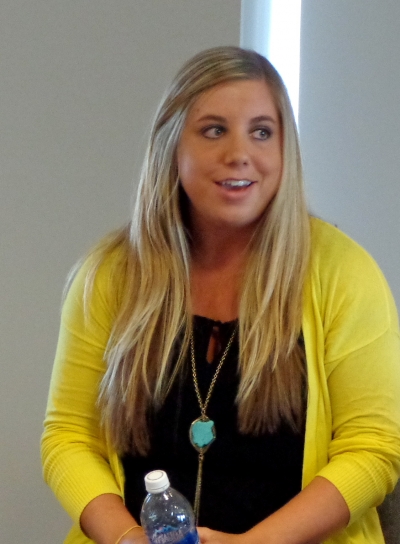 Right there, she was offered the opportunity to come to New York for an internship interview. Two days later, she found herself on a plane, and just one month later she was offered the position. She quickly found an apartment on Craig’s List (much to her mother’s dismay), and began living and working in the Big Apple. In less than a year, she went from intern to library manager. She has traveled throughout North America, and has returned to NeoCon to supervise the Material ConneXion booth.

When Yana Carstens graduated in 2011 with a BFA in Graphic Design she knew she wanted to live in a big city. She just hadn’t decided which one. But when her husband’s job brought the couple to Chicago, Yana jumped into the job market with both feet. She made cold calls. She showed her book for critique at AIGA events. She networked. And before she knew it, she had lined up five interviews that led to three job offers. She had her pick, and she chose digital marketing agency Elevate Studios. 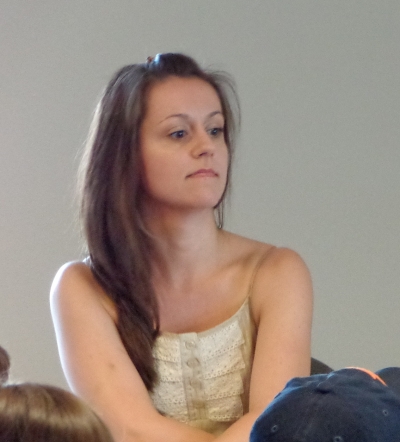 Lauren and Yana had great career advice for our students: 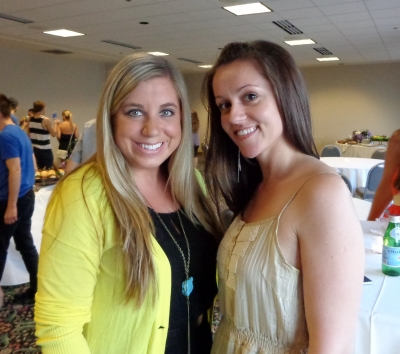