Philip Han is a Kendall Collaborative Design student blogging for kcad.edu from his summer internship at Gensler in Shanghai, China.


Ni hao Kendall! This means "Hello Kendall!" in Chinese. It is the first thing you will learn and most used greeting throughout the day in China. Why the need for Mandarin you ask? I am interning at Gensler in Shanghai for six weeks. 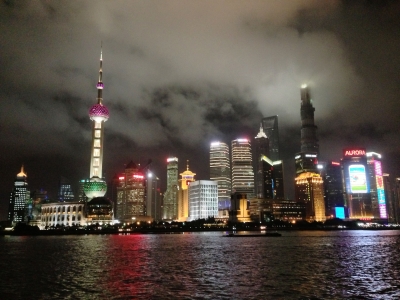 When school was winding down in May I wasn't planning on leaving Grand Rapids. I expected my summer to be laid back and relaxing so that I could focus on working and starting my own projects. My current internship is with Joyce Lee at Kendall working on health and sustainable design (projects include the Forum on Urban Agriculture, Health & Sustainability webinars, and Stairweek). My dad thought I should push myself and that I needed a second internship to help me gain more perspective so he put me in touch with Gensler's HR department in Shanghai. After a few weeks of emails, phone calls, and an interview, my summer had taken a major turn and I booked a flight to Shanghai.

Why Shanghai? To start off, it is home to 25 million people. It is one of the largest and fastest growing cities in the world. Opportunities are plentiful and China has one of the oldest cultures and histories in the world. The financial capitals of the world are now New York, London, and you guessed it—Shanghai.

What is Gensler? Gensler is an American global architecture, design, planning, and consulting firm. It is actually the largest in the world and consistently ranks as one of the top in the world—taking the number one spot in 2013 according to Architectural Record. Gensler's main focus is on architecture and interior design but also does brand design, planning and urban design, and product design. Gensler's most ambitious project to date is the Shanghai Center. It's not just a skyscraper, it is a supertall skyscraper. Measuring in at a mind-bending 2,703 feet (632m) it is the world's second tallest skyscraper after the Burj Khalifa in Dubai. The goal was not to be the tallest, but one of the most sustainable. It is actually comprised of nine vertically stacked towers encased in a twisted glass facade that reduces wind-loads and will house atriums with undisturbed views of the city. The building will be LEED certified for its sustainable design among other features when it will be completed in 2014. 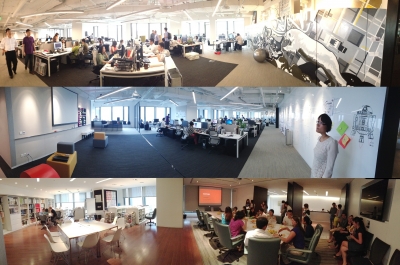 How am I doing at Gensler? Arriving at Gensler felt welcoming and inviting. Gensler's company culture is very well revered and it feels like a big family of designers and coworkers without too much of the corporate feel that I was expecting. My first two weeks were spent working on real projects doing case studies, preparing presentations, creating various diagrams, and fabricating mass models. Now I have begun a month-long research project on interstitial spaces in China; essentially we are analyzing the spaces in-between buildings and roads and how they are curated to enrich the surrounding area. This is part of a year-long research project funded by a Gensler grant, the first project ever to be awarded this grant in Asia. So far I have been creating layered map diagrams of existing cultural hotspots on a mixed-use developments scale, collecting data, studying existing research, and conducting interviews with users of the spaces. 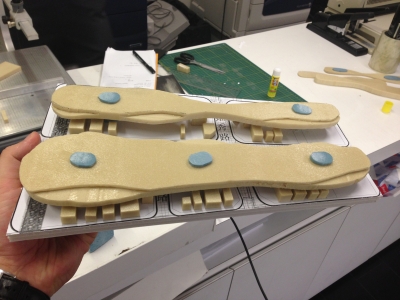 Foam mass model of an upcoming mixed-use development in Shanghai

I'll be writing a second post about my entire experience and go into more detail after I settle back in Grand Rapids before classes start and share the results of my hard yet exciting work here in Shanghai!

More on the Shanghai tower. 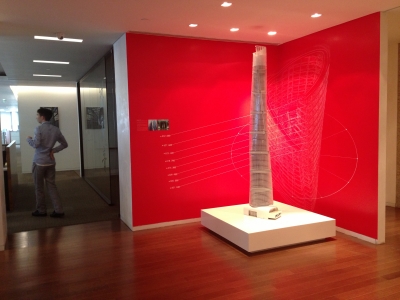 Scale model of the Shanghai tower

This is the first of two posts on Phil's experience in China. Read the second post here.