Outside of the Cultural Box: Study Abroad Takes Students to Italy

If there’s going to be another renaissance in Florence, Italy, KCAD alum Horacio Lizardo hopes to be a part of it. He’s one of ten inaugural students in the MFA program that is launching this fall at Studio Arts Center International (SACI), the city’s oldest and most prestigious American art school. Lizardo has a good idea of what SACI is all about. He spent ten months there as an undergrad in 2010, which is the longest any KCAD student has ever studied abroad.

Now, as an MFA student, Lizardo hopes to build a relationship between SACI grad students and the community in Florence that will help the region develop an artistic and cultural climate that values the future as much as the past. 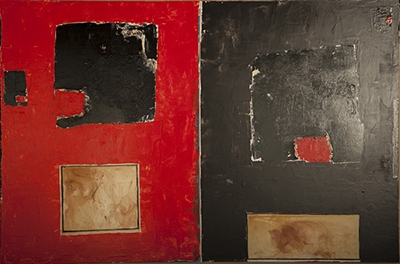 “There is a group of Italian artists native to Florence who wish to see the city embrace more contemporary art,” Lizardo said. “SACI is like a rebel because it is the institution that fosters contemporary art in a place surrounded by the past that has a firm grip over the city. If I make a cry loud enough with contemporary art, the city of Florence will turn around and notice.”

“Finding a balance with the past, present, and future is possible and important,” said Lizardo. “Keeping traditions alive while creating new ones is what I have [my eyes set on] for Florence. It will be the perfect city for me to complete my MFA. With its rich history as inspiration and walking past El Duomo every morning towards my favorite café before a class starts, there’s nothing like it.” 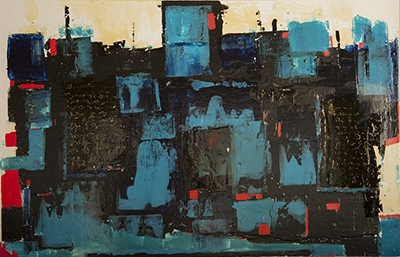 Lizardo believes that Florence’s history of progressive thought will make it receptive to this cultural evolution and supportive of the artists working to bring it about.

Transforming a community halfway around the world is an ambitious undertaking that requires much more than just artistic skill. To produce students capable of affecting positive change, art and design institutions have to provide an educational experience that is itself life altering. Impact is the ultimate assessment of the success of an institution like KCAD or SACI, and students like Lizardo are the true measure of that impact.

Both SACI and KCAD emphasize the need for artists to engage with their surroundings. Interactive experiences produce well-rounded individuals who are capable of a higher degree of social and artistic perception. Studying abroad is a great way for students to enhance these vital skills, and KCAD faculty and staff do everything in their power to facilitate the process.

Associate Professor Patti Constantine helped set Lizardo’s experience in motion even before he came to KCAD. “I met Horacio while I was teaching at Grand Rapids Community College,” she said. “He was the most talented student in the night class I taught there. He was going to school to be an EMT. I asked him what he really wanted to do and he said ‘paint’. I told him to go to KCAD and apply for a scholarship and have a portfolio review. He excelled in painting; he is humble and gifted.“ 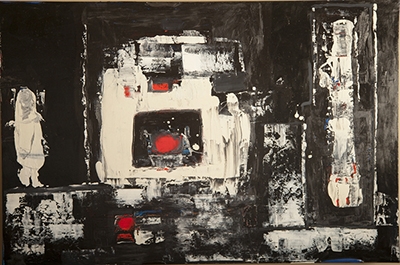 KCAD Painting and Drawing Professor Margaret Vega helped establish the relationship between SACI and KCAD 18 years ago, and she helped Lizardo get there as well.

“Horacio is one of these students who came to me wanting to study at SACI,” said Vega. “He wanted to come for the full year, and his personal determination helped him realize his dream.” 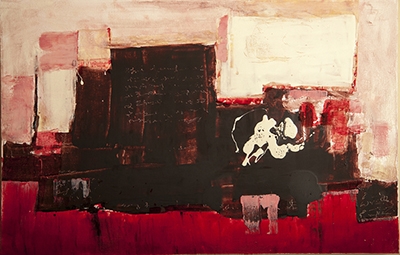 Tara Wanger Braun, International Admissions Coordinator for Ferris State University, made it possible for Lizardo to study in Italy for an extended amount of time.

“[Horacio] was very excited and eager to go and came across as an exceptional student,” recalled Braun. “He would email me pictures he had done while abroad and it was wonderful to follow him through that experience. I advised him on finances, which programs were available, and met with him during the application process for assistance.”

“KCAD and SACI helped me enhance my skills as an artist and raise my ambitions to a new level,” Lizardo said. “I would like to make a difference in the art world because what else is there for me to do? Artists should not become artists to be rich. If they do, they are mistaken.”