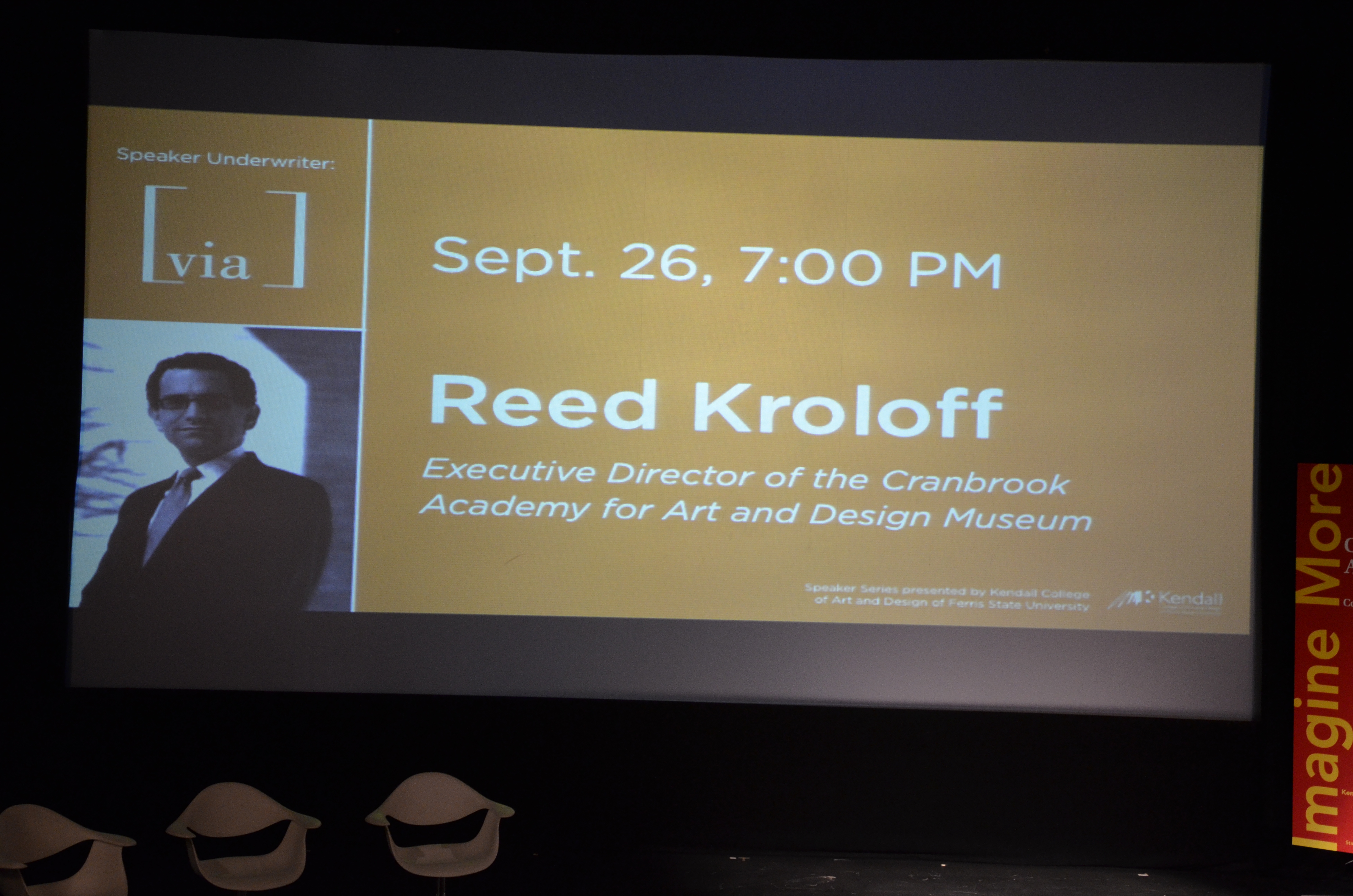 What do a three mile park in the sky, a Trojan horse like ladder system for peering into gated communities, a platform to climb over a fence to access a closed public park and creative children’s construction toys have in common?

They were all part of an excellent talk giving by Reed Kroloff in conjunction with ArtPrize. The talk was the first of eight sponsored by Kendall College of Art and Design. Kroloff, the director of the Cranbrook Academy of Art and Art Museum in the Detroit area, architect and former magazine editor entertained and stimulated a full house audience at the HUB - the center of all things ArtPrize.

His talk was lively, interesting and left me with lots to think about. I suspect most of his audience felt that way.

His point was that often a very simple idea and action by normal, everyday people can be a catalyst for huge change.

He started with the High Line project in New York where two men--an artist and a journalist--joined forces to save an old elevated train track and turned it into an amazing park. It has transformed the neighborhood and set new standards for what an outdoor space can be. 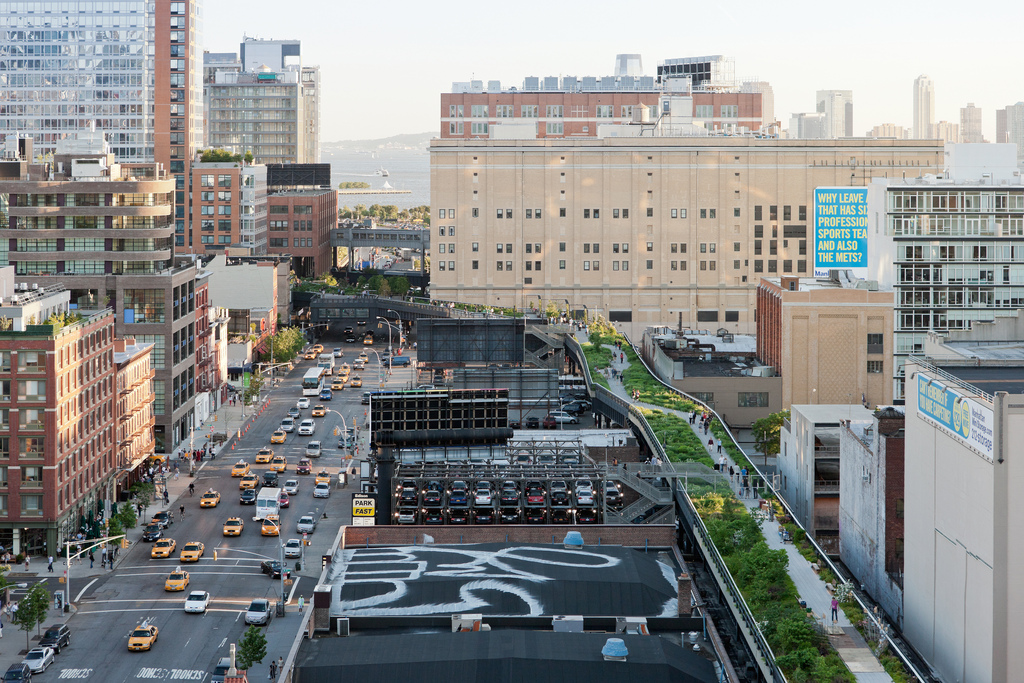 He also talked about a creative group in California with a blog called HeavyTrash.blogspot.com that has caused all kinds of turmoil in California with their outrageous projects that challenge the status quo. I suspect the students in the audience enjoyed the images of covered ladders used to peak into gated communities and the announcement of a non-existent Metro system heading to the beach in L.A. 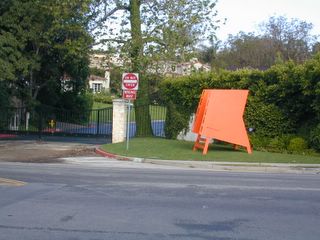 I checked out the web site and it is filled with specifics. Worth a look.

Kroloff’s point: The public area belongs to all of us. We should all have a say in the way our money is spent.

He also showed photos of abandoned houses in Detroit spray painted orange by three artists, stimulating the city to tear them down. This is what the artists asked for to begin with. When they got a “no” they moved to colorful action.   Amazing idea.

And my favorite.  A project by David Rockwell to reinvent playgrounds in New York. Wish we had one here in Grand Rapids. Instead of ordinary swings and bouncy things, he designed large foam construction pieces for children to build their own playground toys cooperatively. 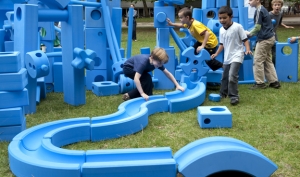 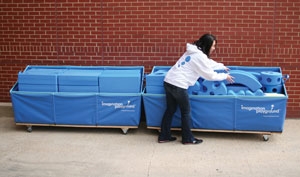 All the projects described by Kroloff involved a simple idea and people with creative vision and the energy to push the idea forward. Certainly stimulating and perfect for a presentation sponsored by Kendall.