When we lose someone close to us, it’s hard.

Austin Fuller was a Graphic Design major, artist, classmate, peer, and dear friend to many, both here at KCAD and back in Manchester, MI, where he went to high school. He was also a son, a brother, a grandson, and a nephew to his family. But what friends and family remember most about Austin was his enduring positivity, his willingness to help others, and his inexhaustible creative drive.

“As soon as he could hold a pencil he was drawing,” recalled Austin’s mother, Nanci Fuller. “Every time we went out to a restaurant he’d flip over the placemat so he could draw, and he was drawing and creating stories in elementary school. He never really knew what he wanted to do and we always told him to find something that he loved.”

His father, Don Fuller, added, “We were glad that he was going to pursue what he really enjoyed. I always told him that money isn’t happiness, it’s what you do every day, and he really took that to heart.“

All who knew him are now being asked to deal with the fact that Austin was taken from them far too soon.

How does anyone begin to do that?

Fittingly enough, Austin’s fellow KCAD students decided to celebrate his life with an act of creation.

On Wednesday, October 16, as a light rain drizzled outside, the lobby of the Woodbridge N. Ferris building was bustling with fellowship and conversation as the KCAD community formed a circle of remembrance around Austin’s family. The crowd sported t-shirts with his name printed on the front as they reminisced, cried, laughed, and hugged one another in a profoundly moving display of togetherness and support. 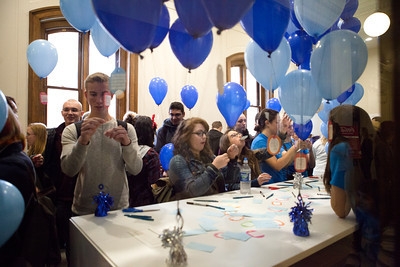 “We always knew that Austin was special, but just seeing how many other people thought he was special is just amazing to us,” said Nanci.

At the center of the room was a large assortment of biodegradable balloons, each affixed with a message that a friend or family member had taken the time to write. The balloons were to be released all at once, taking to the skies in memory of a life that had encompassed so much and touched so many. 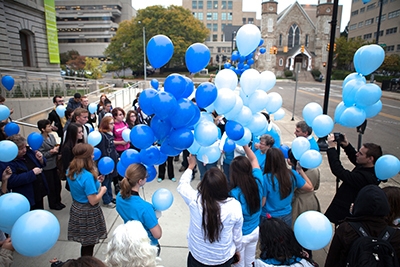 The crowd waits to release the balloons

“We read all the notes that the kids put together 100 times,” said Don. “We didn’t want to miss a word. It won’t change our heartbreak every second, but knowing that everyone was here for him will help us to go on.”

When it came time to release the balloons, the group of students, staff, and faculty members gathered around Don, Nanci, and the other members of Austin’s family in attendance: his grandfather, Jim Emery, his grandparents, Don and Jane Fuller, and his aunt and uncle, Chris and Deb Thomas. From the steps of the building, the crowd gave a countdown and let go. 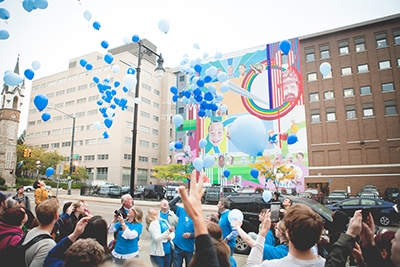 Rest in peace, Austin. Your families will never forget you. 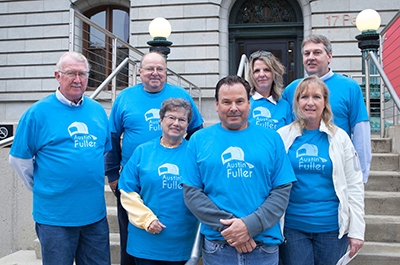