Solar Cells and Other Fairy Tales

Truthfully, I love fairy tales. Why? Because they all lived happily ever after, that’s why. So I was intrigued when invited to an Environmental Science class for a presentation entitled, “Solar Cells and Other Fairy Tales” presented by visiting scholar, Ozzie Zehner, whose appearance was sponsored by the Kendall Green Council. 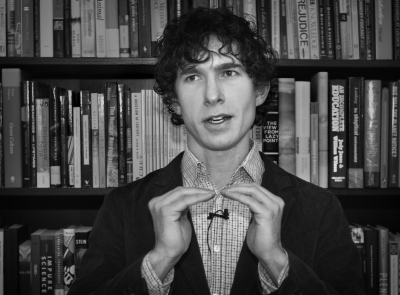 Zehner primarily researches the social, political and economic conditions influencing energy policy priorities and project outcomes. His recent publications include public science pieces in Christian Science Monitor, The American Scholar, The Humanist, The Futurist, Women’s Studies Quarterly and The Economist as well as educational resources in Green Technology (Sage, 2011) and Green Culture (Sage, 2011). Zehner’s research and projects over the previous two decades have been covered by CNN, MSNBC, USA Today, Science News Radio, The Washington Post, Business Week and numerous other media outlets. He also serves on the editorial board of Critical Environmentalism. 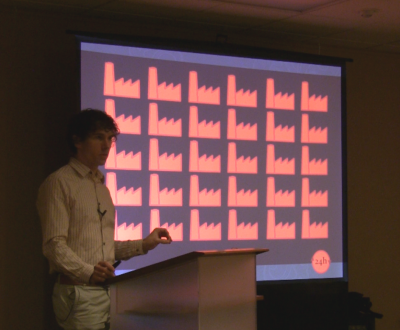 “Once upon a time,” Zehner began, “There was a one-hundred-year-old house. On its west side, the house was shaded by majestic oak trees that kept the house cool during the hot and humid summers in Washington D.C.”

Zehner continued the story, telling us that the home’s new owner wanted to chop down the oak trees, and install solar panels. And solar panels are the ‘wicked witch’ in Zehner’s story. Why? Each panel is laden with myriad toxic chemicals and carcinogens. After a solar panel has outlived its usefulness, it’s dumped—not recycled—and those chemicals leach into the groundwater. Solar cells don’t eliminate the side effects of energy production. They just shift those problems and limitations to different sectors.

Finding new sources of energy, particularly “green energy” isn’t the solution, according to Zehner. Why? Because we’re greedy, energy-hungry consumers. Says Zehner, “We don’t have an energy crisis. We have a consumption crisis.” 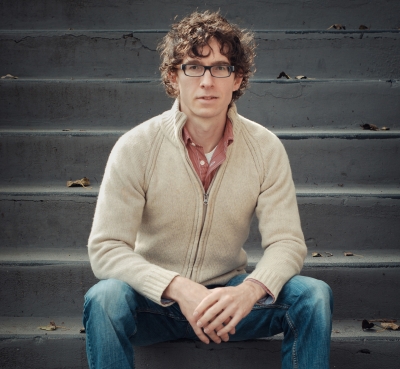 The solution? Well, there are several. Live in a walkable/bikable city. Say “no” to junk mail. Eat vegetarian. Stop thinking of cutting back on energy consumption as a sacrifice and a hardship. And leave those majestic 100-year-old oaks standing. And maybe we’ll all live happily ever after.