Growing up on Hamlin Lake just north of Ludington, MI, KCAD alum Tim Murphy (’02, Industrial Design) always dreamed of attending Camp Douglas Smith just across the water, but the camp closed its doors before he was old enough to go.

Lately however, the kids’ camp has been cropping back up in Murphy’s dreams. He’s currently leading a collaborative effort to convert it into Camp BluSky, a multifaceted innovation center that can function, depending on the time of year, as a design education camp for kids, an entrepreneurial accelerator for startups and small businesses, and a creative think tank for Fortune 500 companies. 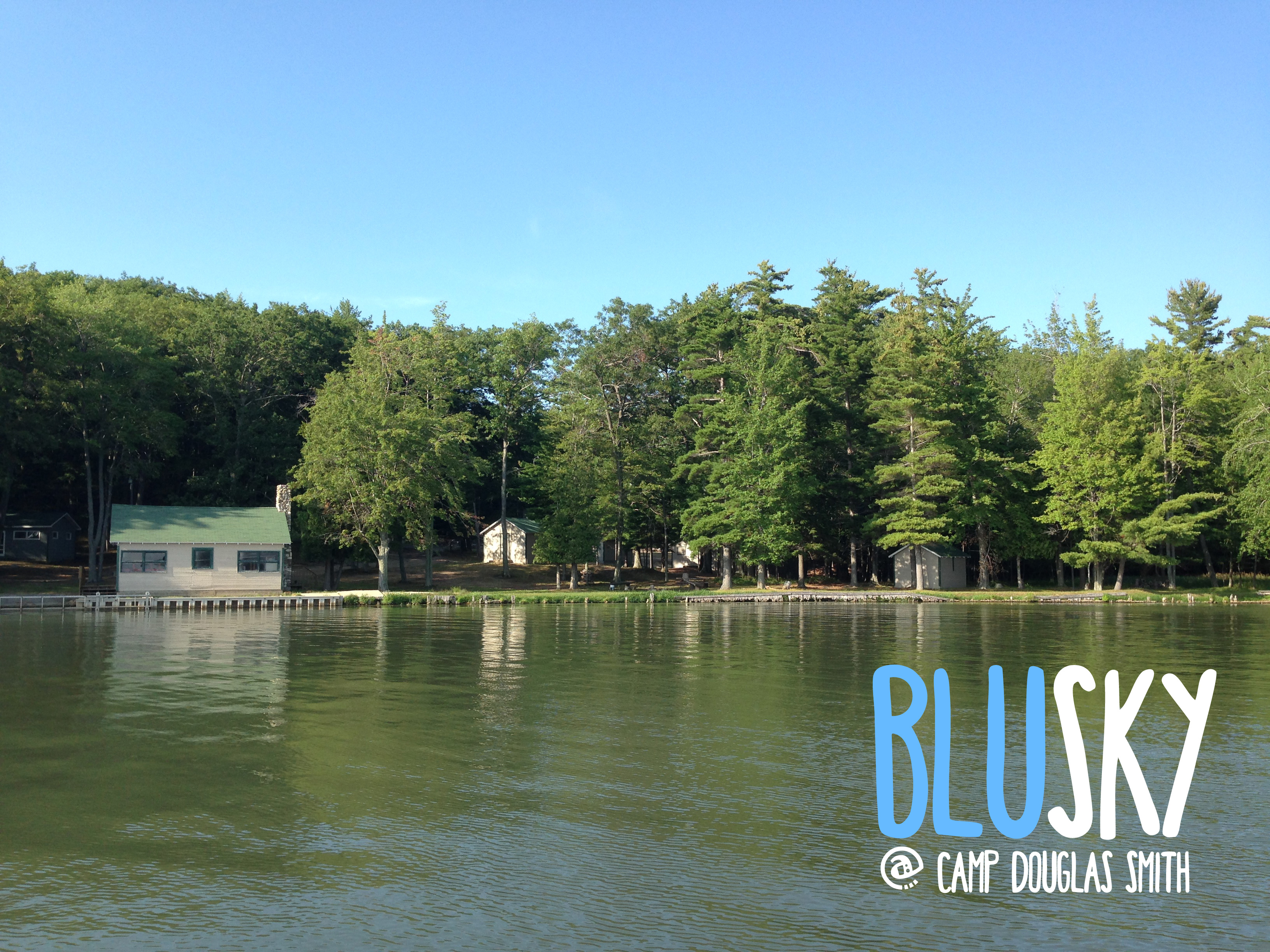 Far from another dose of corporate retreat gimmickry, Murphy envisions Camp BluSky as an immersive and transformative educational experience for all involved. The camp will act as both a venue and catalyst for innovation processes, giving companies and entrepreneurs the chance to work directly with handpicked teams of top performing college students as well as industry leading professionals that will act as “camp counselors.” The idea is to inject fresh perspective and a wealth of talent into participants’ efforts to solve problems or leverage opportunities, empowering them to explore new ways of seeing, thinking, and working collaboratively by breaking down the silos that restrict creativity and innovation.

“I’ve come to realize that college students are fantastic resources, and we need to invest in them outside of the classroom,” said Murphy, who also teaches in the Industrial Design program at KCAD. “This is a great opportunity to put them together with some professionals in this kind of mentorship model.”

Murphy also plans to conduct youth camps that will focus on taking children and young adults through the design process, from idea to concept to finished product, so they can start to understand how design impacts our world.

“I didn’t even know industrial design existed until college – that’s way too late,” Murphy said. “We have to invest in kids now and show them how to create, innovate, and start a business, because they may not learn those skills in school.”

Furthermore, all activities at Camp BluSky will take a hands-on approach. Participants will have immediate access to cutting-edge tools like 3D modeling software and fabrication technology 24 hours a day.

“You’re staying in cabins with state-of-the art resources, so if you have an idea, you can make it happen whenever you want,” said Murphy.

Camp BluSky has been steadily gaining traction after Murphy first pitched it during a “Dream Year Pitch Night” at The Factory in August of 2014. He and John Quiring, who purchased Camp Douglas Smith over a decade ago to protect it from commercial development, recently invited a group of design professionals and other potential supporters to Hamlin Lake for a decidedly different kind of brainstorming session. Between focused discussions and exercises in a 100 year-old boathouse, participants went out boating, swimming, fishing, and wandering through the woods.

“When you’re brainstorming in an office or in a hotel at a conference, it gets stale, and you wear people out that way,” Murphy explained. “The camp breaks that monotony up; we did all these other activities where we were engaged in something else but still thinking about what we talked about earlier, and at night, we’d have a bonfire and pick the brainstorming right back up. It wasn’t just a bunch of corporate stiffs complaining about the weather; their shields were down and they were thinking like a startup instead.” 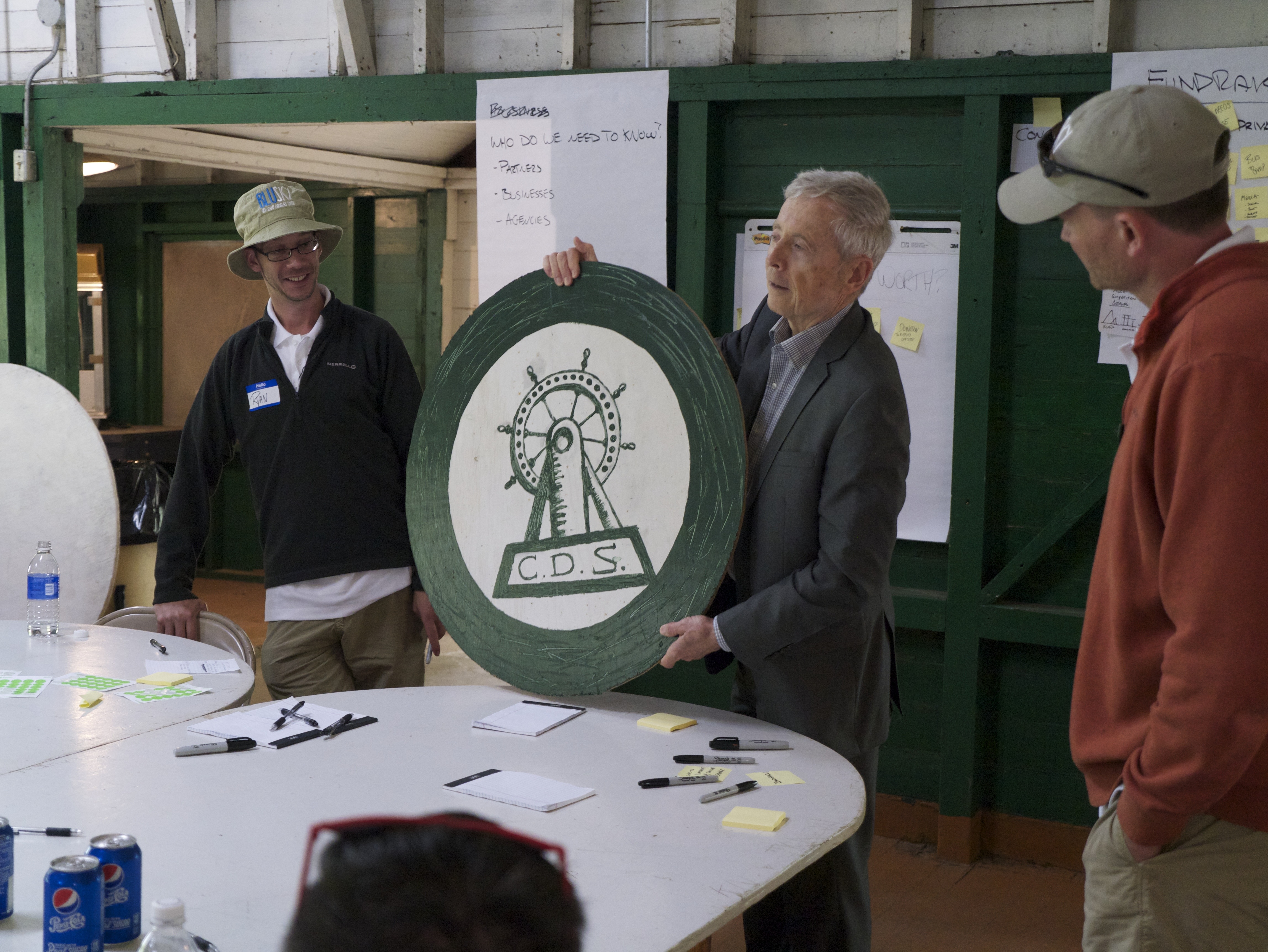 John Quiring (center), owner of Camp Douglas Smith, speaks during the brainstorming session. Quiring purchased the camp over a decade ago to protect it from commercial development. (image courtesy of Tim Murphy)

This ‘work hard, play harder’ ethos is at the core of Camp BluSky. Murphy believes, as many other creatives do, that the best ideas emerge when we step outside of our everyday roles and routines, and that getting there requires a balance of labor and leisure. As such, all of the typical summer camp activities will be woven into everything that happens at Camp BluSky.

Currently, Murphy and his collaborators are going through the feedback they received during the brainstorming session and fine-tuning the camp’s business model. They plan to launch some pilot youth and corporate sessions in early 2016.

“We’re treating the camp as a product design,” said Murphy. “We’re going to use travel trailers for now instead of building permanent structures, so that we can move them around, try different things, and load them up with different tools. We’re going to experiment this first year, and we don’t have to raise a million dollars right out of the gate because of that.”


Another brainstorming session is scheduled for July 22-23 – if you are interested in attending, details can be found here.