“The files are rendering.” Although there’s no hard proof, it seems there is an unwritten law in digital media that the closer one is to the deadline, the longer it will take to render the files.

Anyone familiar with the process is nodding in agreement, but for the rest of us, in a nutshell, rendering is the process of converting graphic files into a digital form, so they can be displayed as video. And Bill Bergen knows the pressure of last minute rendering. 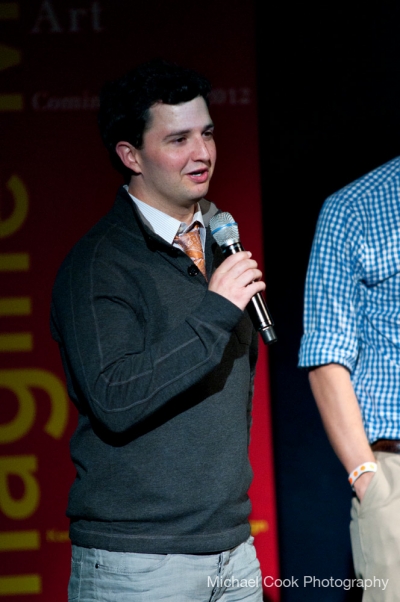 Bergen is a 2005 Kendall graduate with a BFA in Digital Media. He is also an Emmy-nominated motion designer, animator and editor at Vimeo, an on-line community of filmmakers. (He described Vimeo as “You Tube, but without all the cat videos.") Of course he was joking: Vimeo is a positive and passionate community full of artists, animators, and directors submitting highest quality videos online. Bergen was back in Grand Rapids from New York for “Vimeo Off-Line,” a crowd-sourced documentary about Grand Rapids’ ArtPrize.

“Yeah, it was a crazy idea, but my bosses at Vimeo were cool with it,” Bergen said. Bergen sent an e-mail to a few friends and associates, calling for footage (video, motion graphics, etc.) of ArtPrize. He set a deadline—which was ignored by a few filmmakers. He did include the footage he received at 2:00 pm on October 2, the day of the screening, but was unable to use the material sent at 8:50 pm—two hours after the event.

In return for their participation, filmmakers were invited to a private big-screen showing of the documentary at The ArtPrize Hub at 41 Sheldon. The screening was to begin at 7:00 pm, but started around 7:20 because—you guessed it—after two days of madly editing approximately 56 submissions, Bergen was waiting for the files to finish rendering.

I sat in the audience with Digital Media Professor Bill Fischer and Assistant Professor Kasey McCargar, who had made the project a class assignment. As the lights went down, we had no idea whose footage would be in the final cut, but later Kasey told me that 14 of her students were included.

Fisher also said, “This idea—a 'crowd sourced documentary' is very new and innovative. Though not the first one, there are not many. Vimeo is a uniquely positioned platform for this type of media production because it is built on high-quality, user generated content. This kind of innovation reflects one of the core principles of the Digital Media industry and the program at Kendall: innovation!” 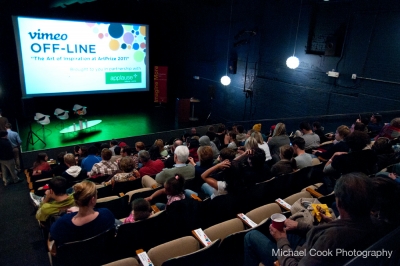 Monday morning, both Bills met, and a bleary-eyed Bergen spoke at Digital Media Career Day. He told students that applying for his job at Vimeo was done on a whim. His cover letter simply read, “Hi! I love Vimeo. Here’s my reel. Love, Bill.” Eight months later, he was working in the Big Apple. Bergen’s career advice: “There is something out there for you if you are motivated. Gain experience, but never settle for a job you don’t love.”

It’s clear Bergen loves his job, rendering and all. 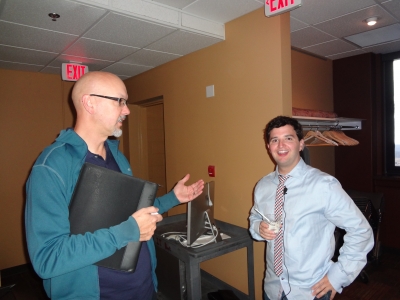