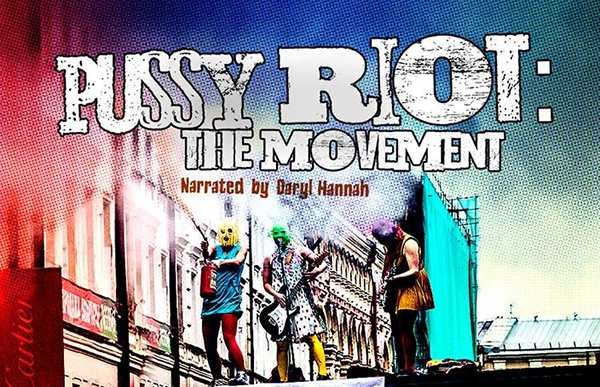 Join us on Thursday evenings for a movie, popcorn, and fun with your friends for Filmhouse @The Fed.

On a visit to Moscow in July 2012, Natasha Fissiak, a Russian American director/filmmaker, became aware of the troubling trial events of a punk rock, feminist group called Pussy Riot. Fissiak covers the three-year journey of Nadia Tolokonnikova, Masha Alyokhina and Katia Samutsevich, from their early lives and the experiences that shaped them through 2014. Narrated by Daryl Hannah, the documentary begins with the arrest of the women on a dark street in Moscow and continues through the two-year imprisonment of Nadia and Masha, their "early" release and continued activism at the Sochi Olympics, Russia and throughout the world. (86 minutes)