Public Screening - Rerooting the Motor City: Notes on a City in Transformation + Q&A 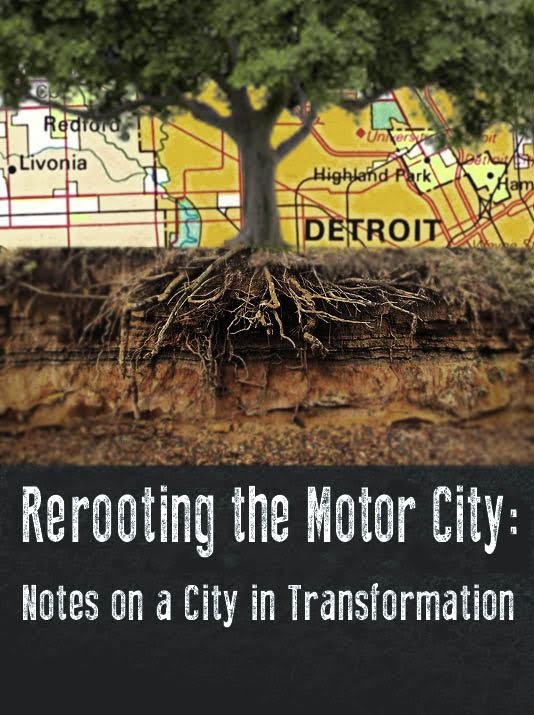 Public Screening - Rerooting the Motor City: Notes on a City in Transformation

Join us for a public screening of Rerooting the Motor City: Notes on a City in Transformation followed by Q&A session with artist Amanda Matles.

About the Film:
From food deserts to plans for "rightsize-ing" the city, Detroiters resist, rework, and remain resilient despite the social and ecological failures of post-industrial global capitalism. With a critical lens on race and class dynamics, the human cost of industrial capitalism, and produced scarcity, the film discusses problematic and persistent frontier mentalities underlying “progressive” politics in the United States past and present. Rerooting weaves together segments on Detroit’s labor history, the roots and branches of Detroit’s urban agriculture movement, a takes a critical look at philanthro-capitalism and its relationship to urban renewal, and the use of media (mis)representations of a city in transformation.