Though soft-spoken and humble, Bruce Mulder was a giant of a man. His passing, after 40 years of teaching in the Furniture Design program at Kendall College of Art and Design of Ferris State University (KCAD), amplifies the extraordinary impact he had on the institution he poured his heart and soul into shaping for the better. 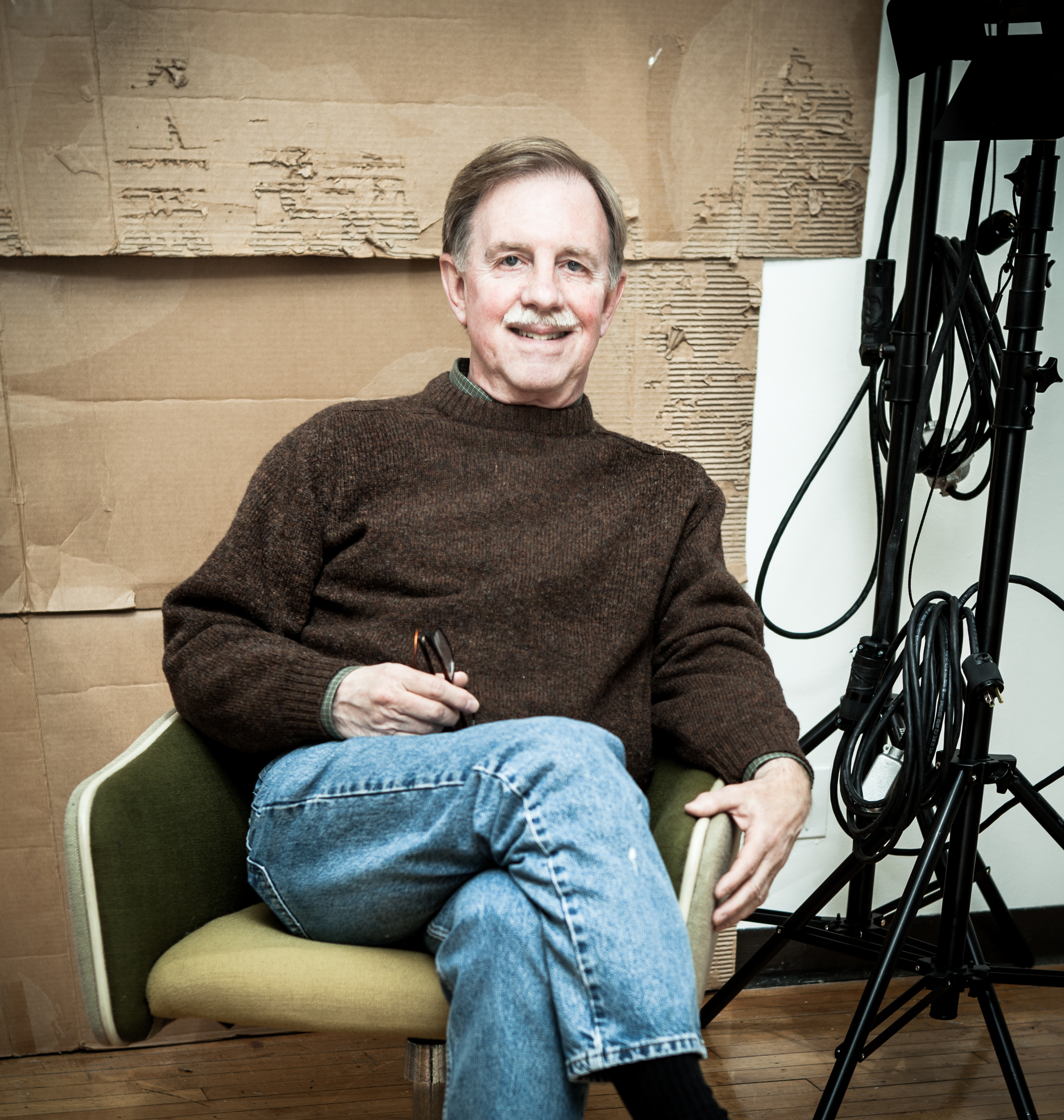 “Bruce meant more to KCAD and the Furniture Design program than words could ever describe,” says Associate Professor and Furniture Design Program Chair Gayle DeBruyn. “He taught us how to honor the work of the school and the deep roots of its history by keeping that work moving forward and not getting stuck in our ways.”

President Leslie Bellavance adds, “Bruce was everything a great teacher should be: passionate, wise, patient, and wholly dedicated to his work and his students. He was a source of strength and inspiration for the entire KCAD community, and he will be dearly missed.”

Ever the forward thinker, Mulder evolved his teaching through constant conversations with his professional design practice. Before he began teaching at KCAD in the late 1970s, he’d already spent 13 years working for his father’s furniture company, Lubberts and Mulder, Inc. In 1982, he cofounded Robert Bruce Design alongside his brother, and continued designing for leading furniture manufacturers while preparing KCAD students to adapt to shifting industry realities.

Furniture Design Assistant Professor Monty Simpson, who initially studied under Mulder as a KCAD student before becoming his colleague, says Mulder was a master detailer whose phenomenal drafting and drawing skills were known throughout the industry.

“Students and faculty respected him because he knew what he was doing, and he knew how to translate that to teaching,” she says.

Mulder also stayed plugged in to the profession through his involvement in the American Society of Furniture Designers (ASFD) and his biannual trips to North Carolina for High Point Market, the nation’s preeminent furniture industry trade show. There, he would make new network connections and nurture old ones, especially with KCAD alumni. These connections would frequently result in alumni and their companies working with current KCAD students on collaborative, real-world projects.

“Bruce was universally loved and respected in the industry,” says 2013 Furniture Design graduate Liz Moore. “His dedication to networking and his passion for furniture design were contagious.”

Moore, a third-generation furniture designer whose grandfather and father have headed prominent design firm Otto & Moore for decades, grew up in the industry and now works alongside her father. However, she says she never fully embraced her career path until studying under Mulder.

“Bruce is responsible for how much I love my job now,” she says. “He showed me how passion and success could exist together.”

As a teacher, Mulder had a rare gift for getting students to think critically about their work without making them feel criticized.

“Bruce was not a hand-holder; he treated us like professionals. He always told us that the moment we stopped learning, we’d lose our competitive edge,” says 1989 Furniture Design graduate Shaun Sweeney, a third-generation furniture designer who’s now the vice president of design for outdoor furniture firm Pacific Casual. “At the same time, he was very warm, one of those people you hit it off with immediately.”

Motivating students to reach their fullest potential was never a onesize-fits-all solution for Mulder. Instead, he endeavored to understand each student’s individual capabilities and needs, and tailored his approach accordingly.

“Students are called to be designers from many different perspectives,” DeBruyn says. “Bruce had an uncanny ability to uncover opportunities for every student to succeed, no matter what challenges they were facing.”

In the same way he viewed students as individuals, Mulder saw each new academic year at KCAD as a unique challenge. Simpson remembers countless summers spent devising actionable steps to improve the program in the coming year.

“‘How do we engage our students, and how do we create a sense of community?’ That was what we were always asking each other,” she says.

With Mulder gone, that community has lost a member it can never fully replace. His influence and his inextinguishable spirit, however, remain.

“While future students won’t get to experience his presence, I think the program will continue to live up to Bruce’s expectations,” says Moore. “The program needs passion, and that’s ingrained in everyone involved in it because of him.”