Posted March 1, 2019 in Alumni, Master of Arts in Visual and Critical Studies 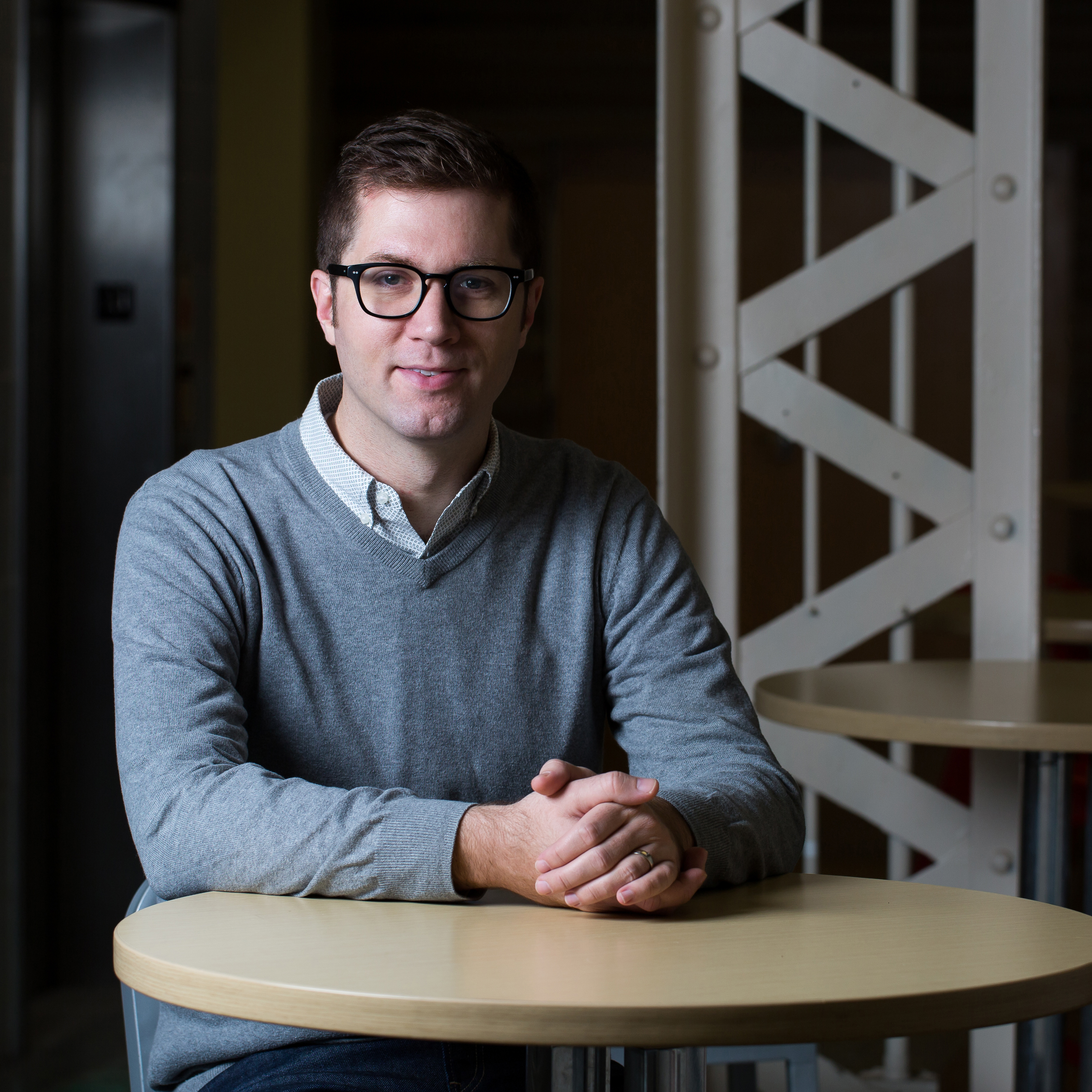 Kevin Buist was over half a decade into helping Grand Rapids-born ArtPrize become one of the most-attended public art events in the world when he felt the call to expand his expertise. Enter KCAD and the MA in Visual and Critical Studies program, where Buist found ample opportunity to recontextualize his work through the lens of research, critical analysis, and academic scholarship. Now, his experiences at the intersection of art and visual culture have inspired him to expand his professional practice while driving ArtPrize’s continued evolution.

What made you want to go graduate school, and specifically to KCAD and the MA in Visual and Critical Studies program? When the program was launched [in 2014], I’d wanted to go to graduate school for some time, but I wasn’t willing to put my career at ArtPrize on hold. Fortunately, KCAD faculty and administrators were very accommodating. They helped me design a longer path through the program that worked with my busy schedule.

I could have gone into a more traditional art history graduate program, but what excited me about the MA in Visual and Critical Studies was how closely it aligned with the way I look at art history and contemporary art as being blended with visual culture more broadly. I believe that critical frameworks can be applied to anything visual or built; not just “capital A Art,” but the visual regime created in things like video games, music, and sports too. From an art historical perspective, if you’re not taking broader cultural output into account you’ve got a blind spot.

You mentioned taking a non-traditional path to your degree. How did that pace shape your experience? I was able to complete the degree in four and a half years by taking one course per semester, which was actually a really nice pace. I was able to immerse myself in each class and each research project as its own experience.

What did you explore in your research? It was an intentionally wide-ranging body of research. For instance, I wrote about the way that unmanned space probes create images; experimental auto-generated poetry, these weird web art projects that generate text; a painting created in 1911 by several famous artists who tied a brush to the tail of a donkey and tried to pass the results off as the work of a fictitious artist; and a paper arguing that the output of conceptual artist On Kawara can be read through the critical framework of comic books; among other topics. 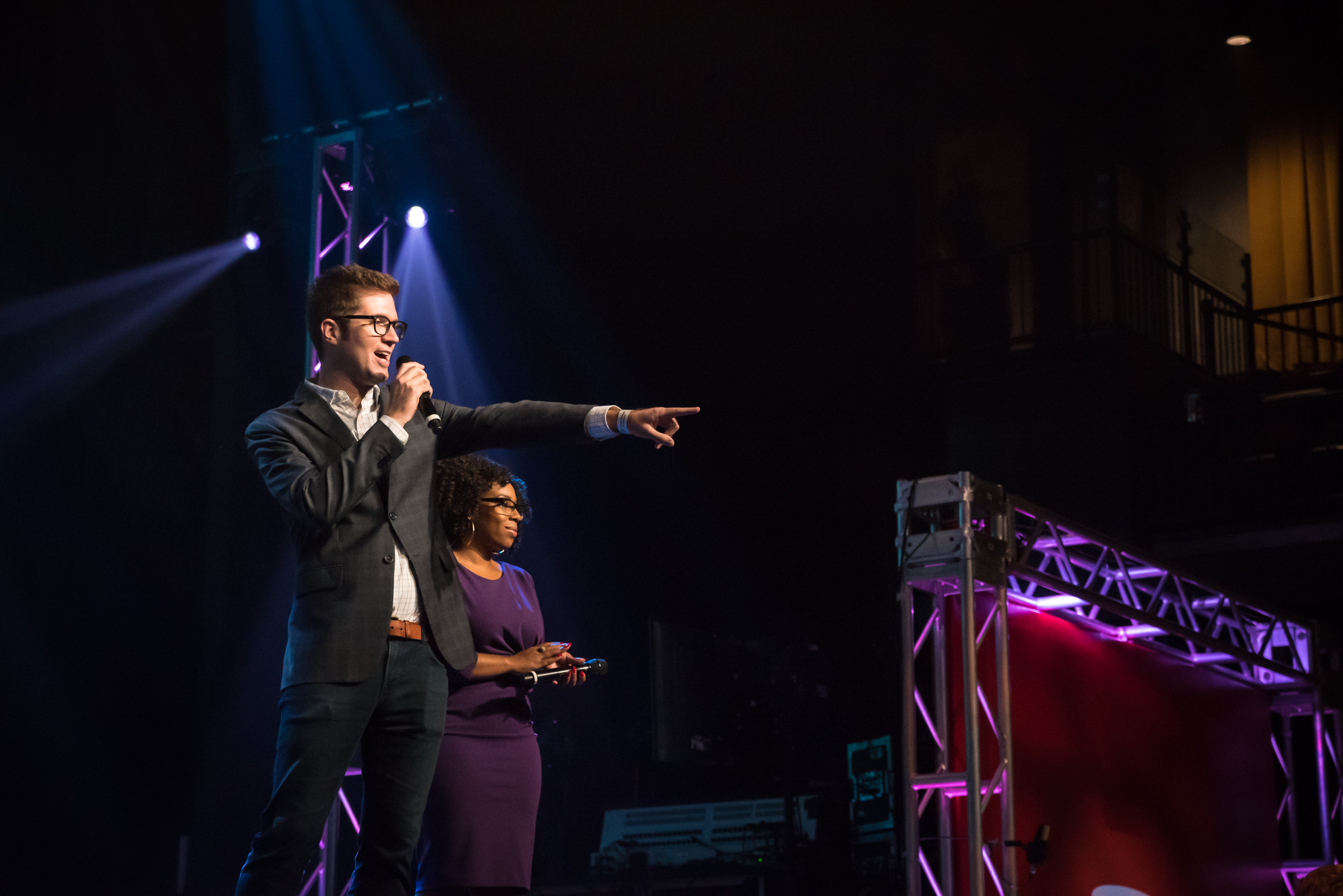 How did you channel all of that broad exploration into a thesis project? For my thesis, I wanted to do something with more of a contemporary art focus, so I wrote about Documenta, a very important international art exhibition held in Germany every five years.  Being involved with ArtPrize, I have a keen interest in how these kinds of sprawling, city-wide exhibitions come together. I’m especially interested in the way that curators and organizers either control the narrative that surrounds these events or adapt to circumstances beyond their control as they try to frame what the exhibitions are, what they mean, and why they matter.

Did that involve some on-site research? I’ve been to Documenta twice, in 2012 and 2017. I wrote about my experience in 2012, because there were certain things about the exhibition that really left a strong impression on me. The 2012 edition dealt with destruction and atrocity—both current and historic—and made the case for de-centering the human point of view when we think about objects. It was also a better fit as a research topic, because more has been written about the 2012 event to draw from, but there are still plenty of new things to say. 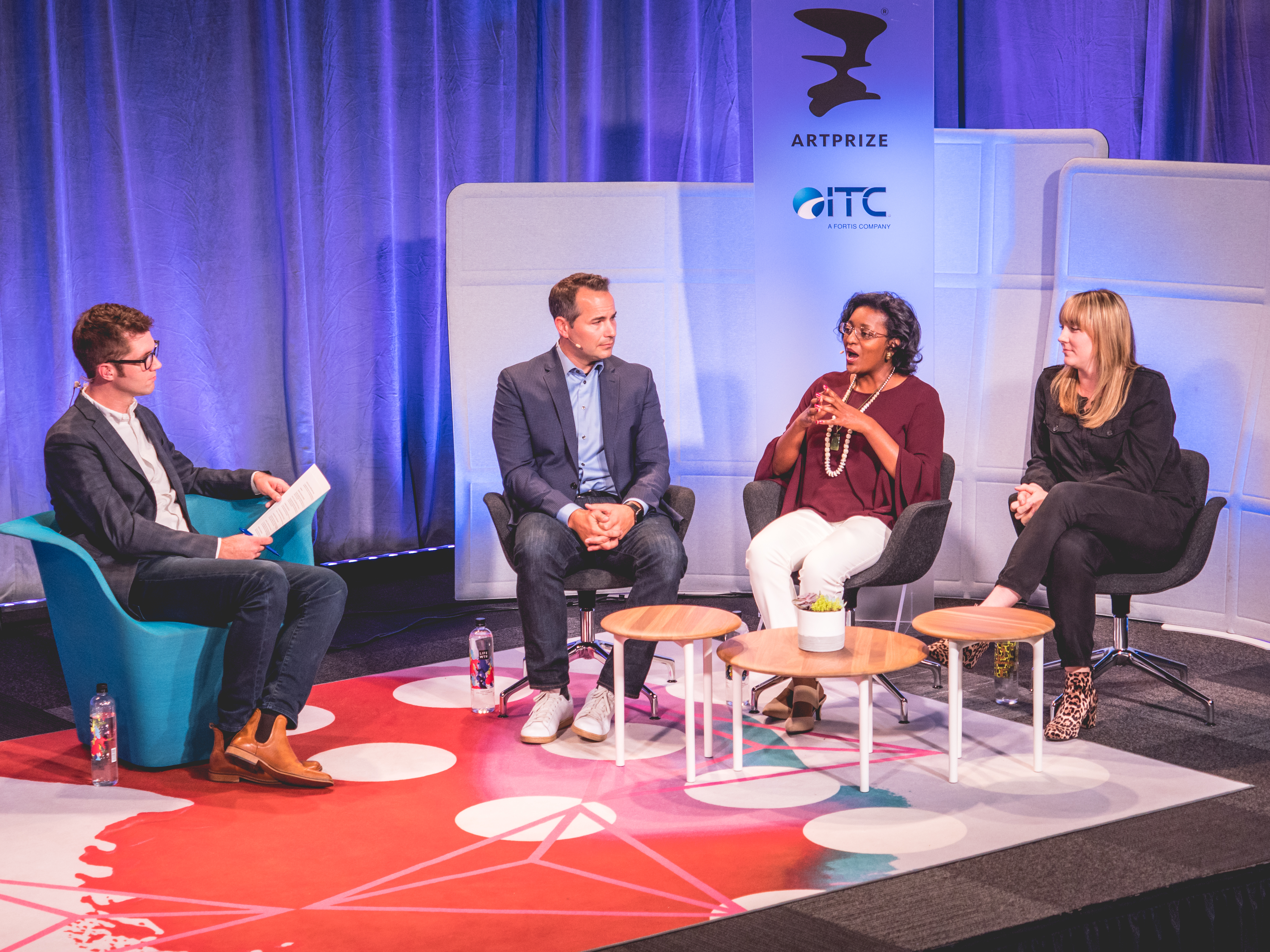 How has your experience in the MA in Visual and Critical Studies program influenced your work with ArtPrize? ArtPrize is designed to create a situation where the general public is more or less overloaded with art, so people need to interpret what they’re seeing. It’s a model that prioritizes action, and theory follows. Make something first, then think about how it lives in the world. This is to say that ArtPrize is not an illustration of pre-conceived theory, but rather a mechanism for instigating action that then requires theory. I’ve been a part of making ArtPrize happen from the beginning, but this degree helped with the second part: trying to unpack exactly what’s happening in this odd collision between art and people.

On a more practical level, the degree helped me frame ArtPrize in academic terms. I wrote a paper about ArtPrize and had the opportunity to present it at the 2018 College Art Association (CAA) Annual Conference in Los Angeles as part of a panel exploring novel approaches to art exhibitions.

You’re currently helping lead ArtPrize through a major transition. How is that broader perspective you mentioned informing your work? It’s interesting: we’re shifting into a biennial format where in the years between ArtPrize competitions we’ll be running another huge city-wide event; this first one is called Project 1. Each iteration of the Project series will feature a curated exhibition of commissioned temporary public art projects that will be installed downtown and in other neighborhoods throughout the city. There will be fewer artists, but each will have a lot more resources and community connections than we’re able to provide during ArtPrize competitions.

As the Artistic Director, I’m working directly with a small group of international artists, advocating for them and helping present their vision. That requires a lot research, writing, and presenting, which makes my experiences at KCAD that much more valuable.

What about outside of ArtPrize? Are there any other directions you’d like to take your degree in? Absolutely. The MA in Visual and Critical Studies program really demystified for me the process of applying to and presenting at national and international conferences, symposia, and similar academic events. In addition to the CAA Annual Conference last year, I also presented a chapter of my thesis at the Institute for the Study of Latin American Art History at New York University.

I definitely want to do more independent writing, and I want to make scholarly publication and presentation an ongoing part of my professional practice.