Whatever role Kendall College of Art and Design of Ferris State University (KCAD) Sculpture and Functional Art Assistant Professor Natalie Wetzel finds herself playing from day to day – teacher, artist, performer, collaborator, costumer, or even living artwork – you can be sure she’ll go the distance.

Case in point: “ORB WOMB,” the latest film project to emerge from The Moon, the Grand Rapids, Mich.-based multidisciplinary creative space operated by Wetzel and creative partner/photographer/producer Mark Andrus. The film follows Wetzel’s character Iohc, an otherworldly, pregnant, horned creature, as it grapples with its sudden appearance in an unfamiliar and harshly desolate desert landscape. Two spacemen, played by Andrus and The Moon collaborator Joe Ashi, hurry just ahead, secretly attempting to help Iohc survive and transcend its new reality. 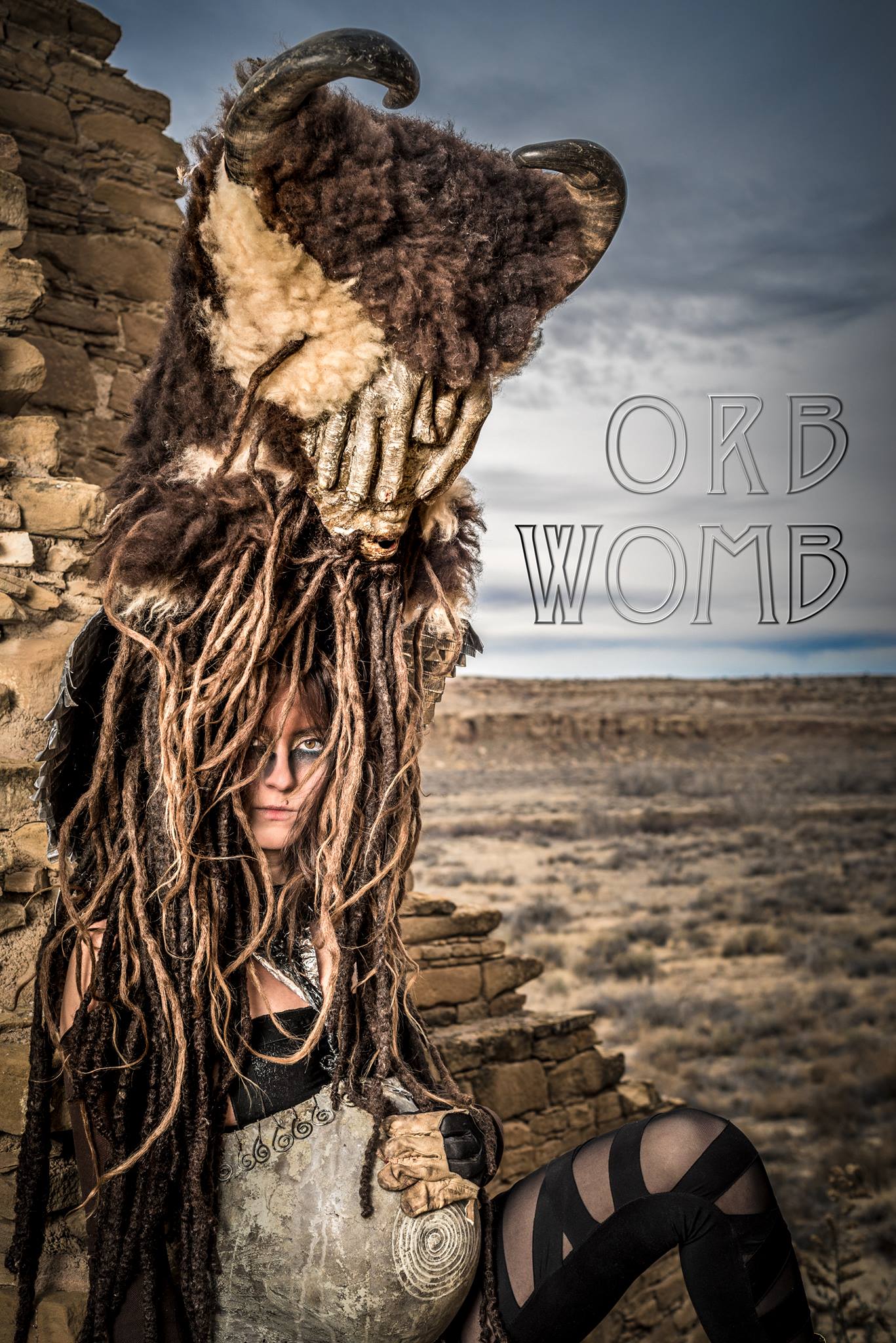 The trio shot “ORB WOMB” on location in Chaco Canyon, New Mexico, where the ancient Anasazi architecture and its connection to astronomy served as both the film’s physical set and its thematic inspiration. Wetzel got to know the area well while earning her MFA from New Mexico State University, where her master’s thesis was informed in part by several trips to Chaco Canyon, and incorporated explorations of astronomy, oral traditions, and the fusion of human and animal forms. Now, she continues to explore scientific perspectives and perceptions of reality through her lens as an academic sculptor.

“Humans love to tell stories to explain why we are here, as we also love to observe our existence through scientific inquiry. These ‘parallels’ lose meaning without each other,” says Wetzel. “Chaco Canyon is a sculpture; its architecture is an ancient map of the cosmos and its significance is humanity’s curiosity to discover why we are here. This film reflects my effort to transcend boundaries among the arts, architecture, science, and spirituality while celebrating evidence of a distant past sans those separations.”

The film’s cinematography was curated with the express purpose of projecting onto a domed surface, giving “ORB WOMB” a surreal and disorienting quality that Wetzel says is an integral facet of the narrative, echoing infinite layers of existence.

“Iohc carries an orb revealing alternate realities, and the viewers will exist within a dome ‘orb’ to experience the film. We break the fourth wall with an implication of infinite false walls. For this project specifically, we hope to inspire nontraditional uses of planetariums and methods of filmmaking, while building collaborations across disciplines,” says Wetzel.

“ORB WOMB” will be premiering in full in the near future. For now, a trailer of the film can be found on the website of Tribe Magazine, a UK-based publication for which Wetzel acts as a U.S. correspondent.


See more of Natalie Wetzel’s work at gnatproductions.com and themoongr.com.