Andrew Maguire has the whole world as his office. A premier active lifestyle and mountain sport photographer, Maguire treks his camera all around the globe documenting narratives of exploration and adventure for big-name brands like Nike, Eddie Bauer, Subaru, and American Express. A creative education at KCAD helped shape him into a versatile visual storyteller, and today, his fine art approach to commercial photography is setting him apart from the crowd.


What initially drew you to KCAD?
I needed to spread my wings and get away from my hometown, and I had developed this interest in art education; that’s what put KCAD on my radar, because the Art Education program has a great reputation for professional success. I toured campus and learned more about the program, and I was really intrigued that studio courses were built in to the curriculum, so I could develop creatively while earning my degree.


You also majored in Photography, which is what you’ve built your career around. How did your experiences in the different programs inform one another?
I came to KCAD with an interest in photography, so that was my studio focus in the Art Education program. By junior year, I realized I only needed a few additional credits to earn a BFA in Photography, so I went for it.

A professor led me to an opportunity to merge the two programs through the West Michigan Center for Arts and Technology. They wanted me to take what I was learning in both programs and design a curriculum for an after-school photography class for K-12 students that met public school core standards as well. Even though I didn’t end up going into teaching, that experience definitely shaped me as a person. I really appreciated that aspect of giving back and exposing young people to creative outlets; it’s something I’d love to be able to do again in the future. 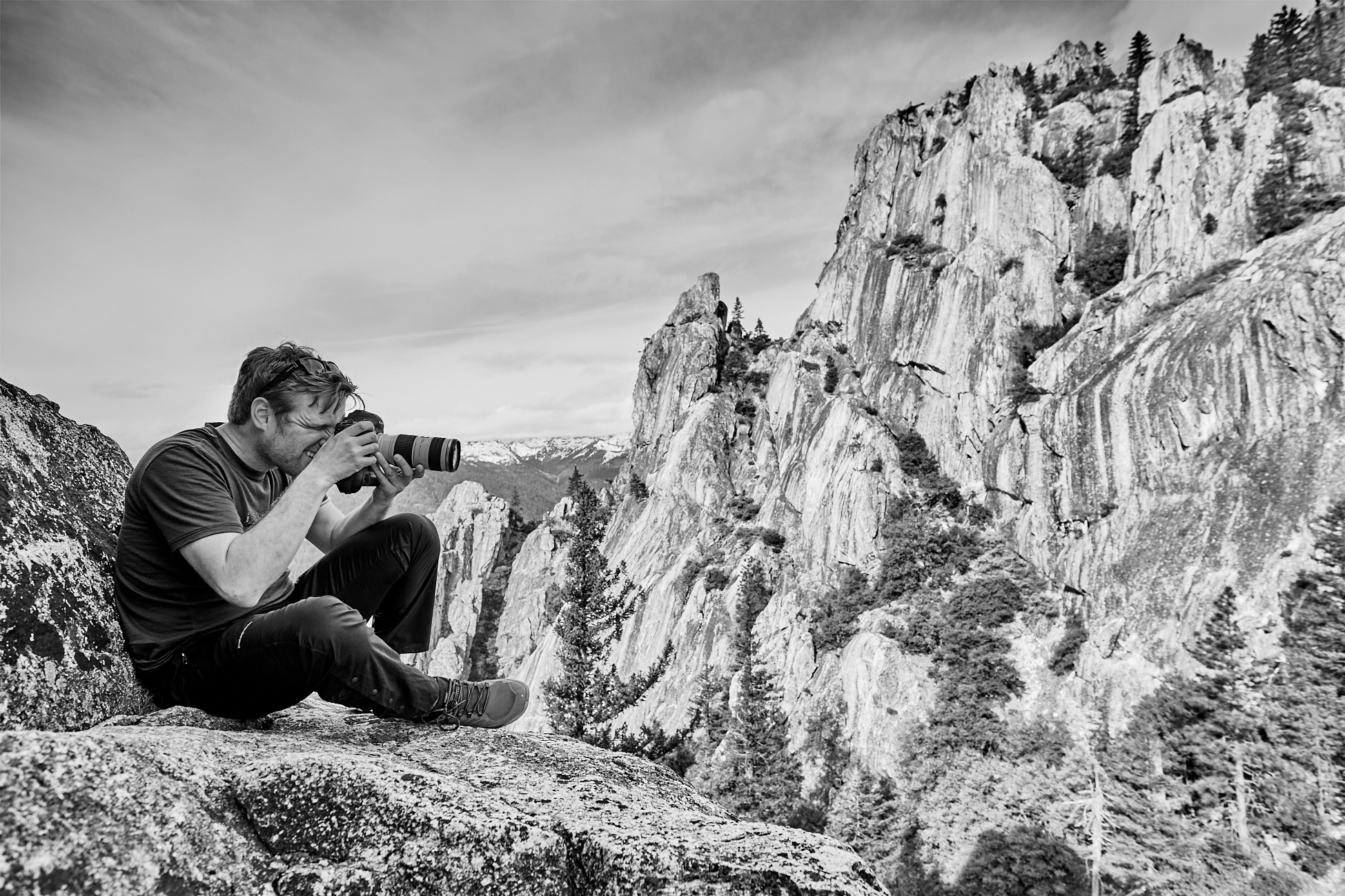 Maguire searching for a perfect shot in the mountains of California (image courtesy of Andrew Maguire, credit: Brian Guido)


What motivated your decision to ultimately focus on photography?
I came away from my Art Education student teaching experiences feeling like it just wasn’t the right fit for me. Fortunately, I had already been branching out from Photography classes into working for some commercial photography studios in Grand Rapids and Chicago, so I knew there were going to be more opportunities for me going forward.

(above): A snowboarder prepares to conquer the snowy expanse of Breckenridge Resort in this image Maguire shot for a branding campaign for the resort. (© Andrew Maguire for Breckenridge Resort/Vail Resorts); (below): This unique perspective of a climber in action came out of a shoot for a campaign promoting the opening of sporting goods company Scheels’ first store in Colorado. (© Andrew Maguire for Scheels) 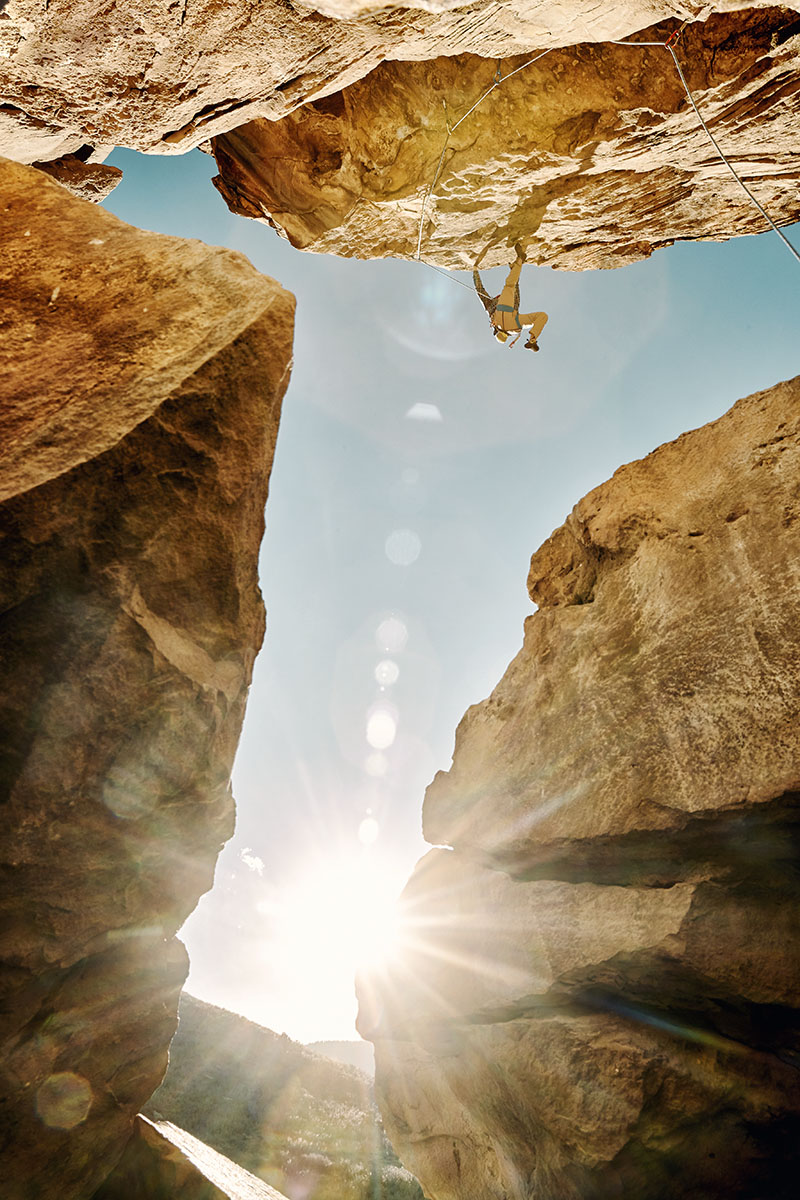 Was your time in the Photography program spent doing mostly commercial work?
Actually, most of my work was fine art and film-heavy: shooting plates of landscapes, compositing studio shots of people, using artificial studio lighting to create these very surreal, [American photographer David] LaChappelle-like compositions with lots of contrast. I was more interested in doing commercial work though, and my faculty were really great about letting me explore that by tweaking traditional approaches to work toward the direction I wanted to go in. 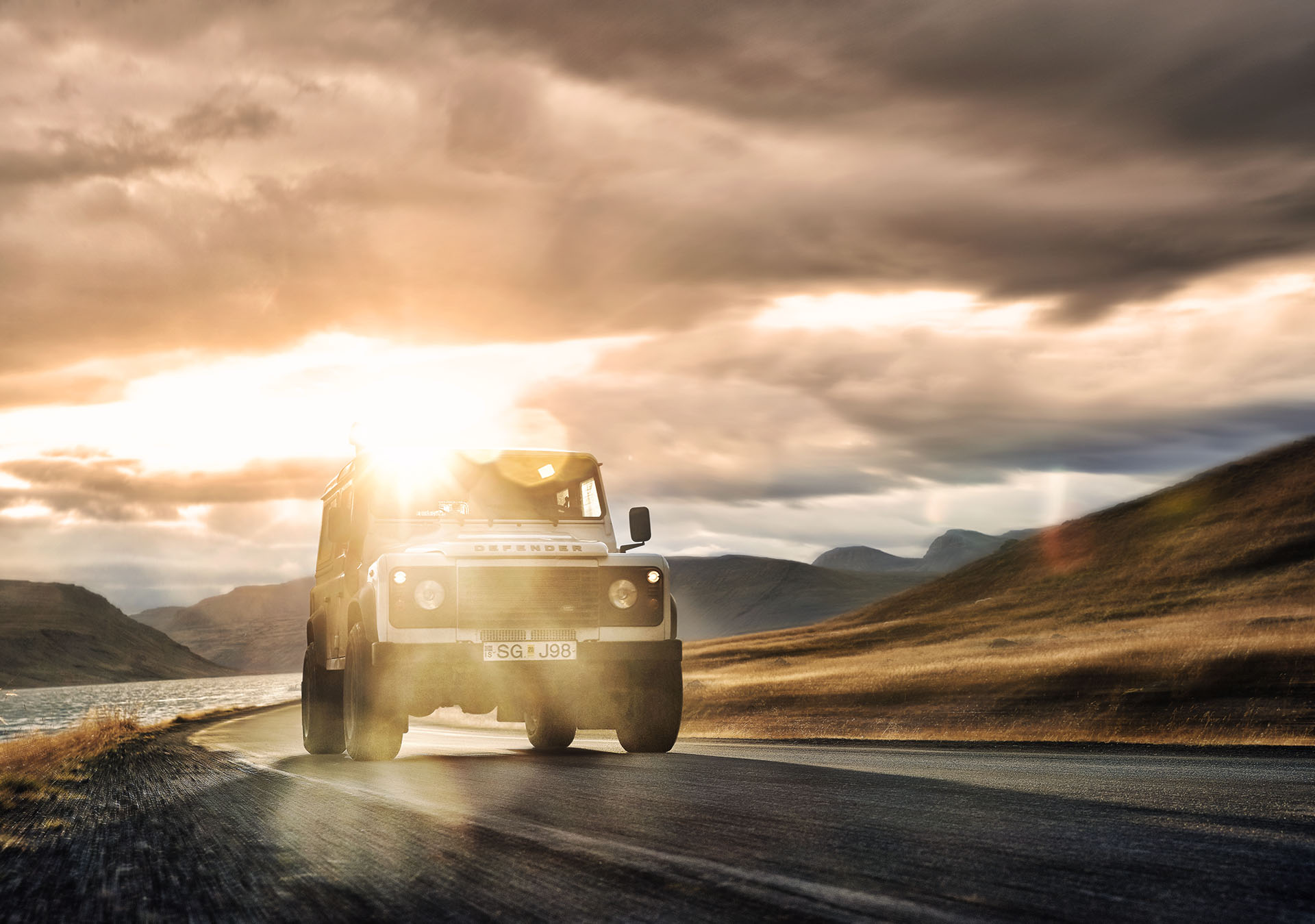 
Do you still find yourself drawing from those fine art experiences as a commercial photographer?
Many people in the field don’t have an art school background, but what I learned at KCAD—the technical aspects of photography, working in a darkroom, considering the composition of my photographs and the and concepts behind them—gives me an edge and a broader perspective. The darkroom honed my eye for color and contrast in ways that wouldn’t have been possible working only in digital. That enables me to be much more involved and effective when I’m working with re-touchers or video production people. 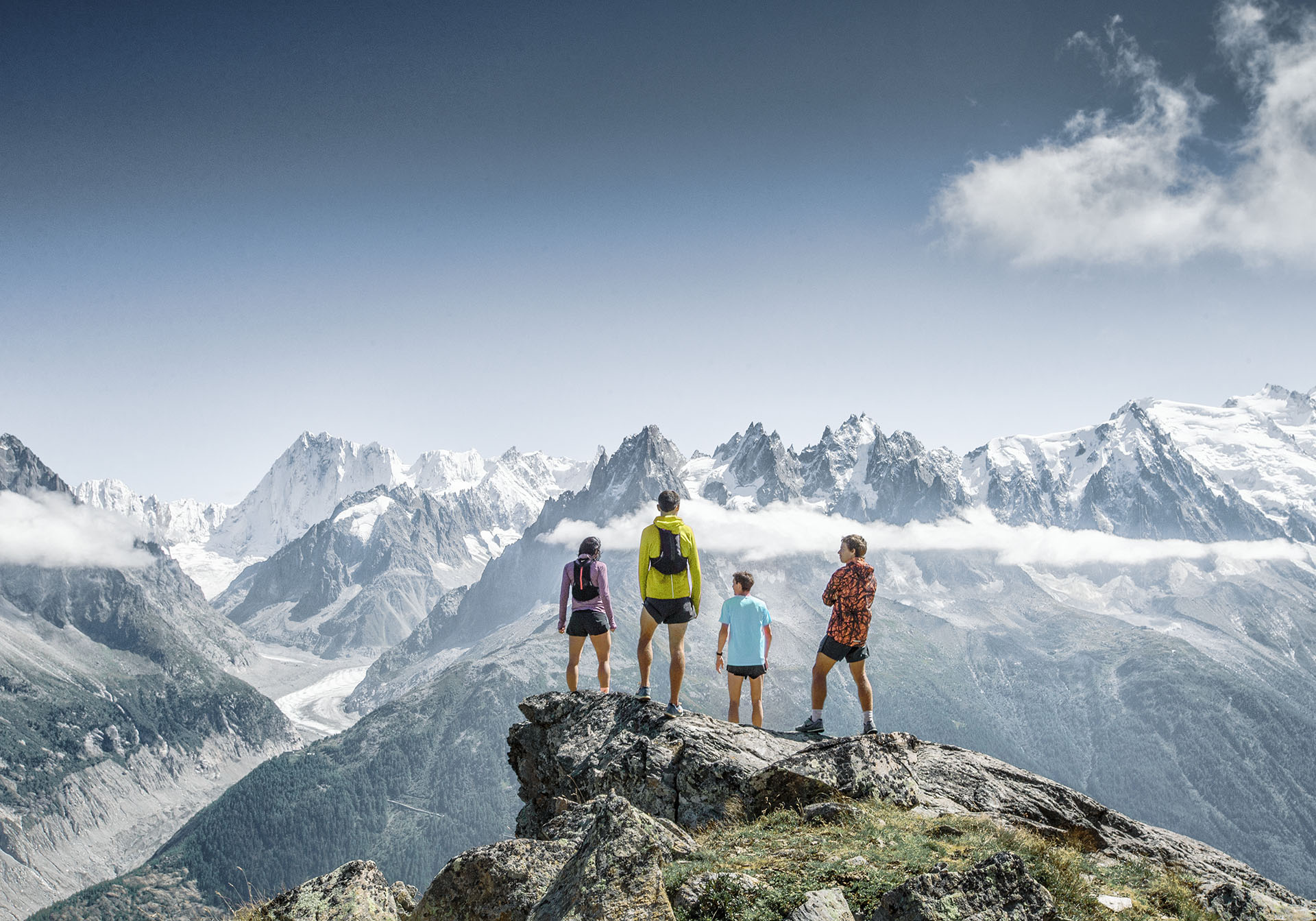 Maguire perfectly framed these hikers soaking up the majesty of the Alps near Chamonix, France during a shoot for Nike. (© Andrew Maguire for Nike)


You mentioned concept. How does that play a role in commercial work, specifically the kind of outdoor/adventure photography you specialize in?
So much of what I do now is about storytelling and capturing a sense of place. KCAD taught me how to do that through photography. Group critiques were especially important, because having to think and talk critically about the ideas behind my photographs taught me to always be mindful of what an image is saying and why elements are placed where there are in the frame.

I especially remember one class where we had to document different places in a narrative way, and that’s so much of what clients ask of me now, to document the story of an activity or exploration. It’s about pulling back to a wider angle to tell that story of people and products immersed in nature or coming into harmony with nature. I bring a conceptual eye to commercial projects that helps me take them to the next level, and that definitely gives me a competitive advantage. 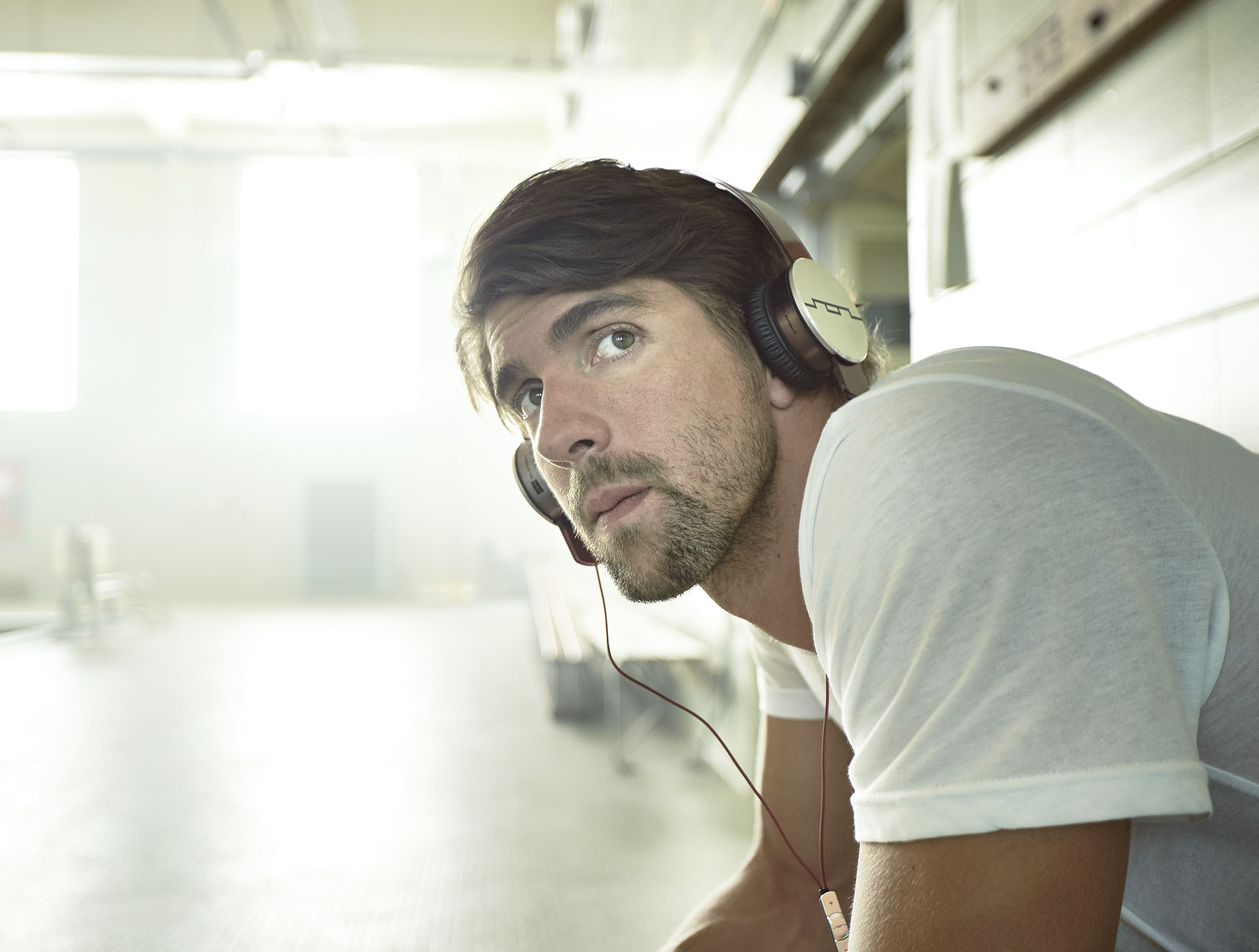 
How did you find your niche as an outdoor/adventure photographer?
I’ve always had active hobbies like snowboarding, surfing, and trail running, but I never really explored them in my photography until after I graduated. I had been shooting a lot of commercial work for the furniture industry and I was getting burned out, so I started taking photos of my friends doing cool stuff outdoors.

I quickly built a strong portfolio of work, so I started cold-calling outdoor/adventure brands until I finally got a break with Chaco. They sent me all around the country, doing brand shoots and connecting with athletes and other brand ambassadors. Not long after, I got an even bigger break from Nike: to go to San Francisco and document 20 social media influencers running around the city to promote the new FlyKnit shoe. It was such an incredible feeling to be just out of college and working for one of the biggest brands on the planet. It made me think, ‘wow, what’s next?’

Rather than putting the product front and center, these images Maguire shot for Merrell in Marquette, Mich. (above) and at the Alabama Hills in Inyo County, Calif. (below) instead tell a compelling story of the human desire to explore the natural world. (© Andrew Maguire for Merrell) 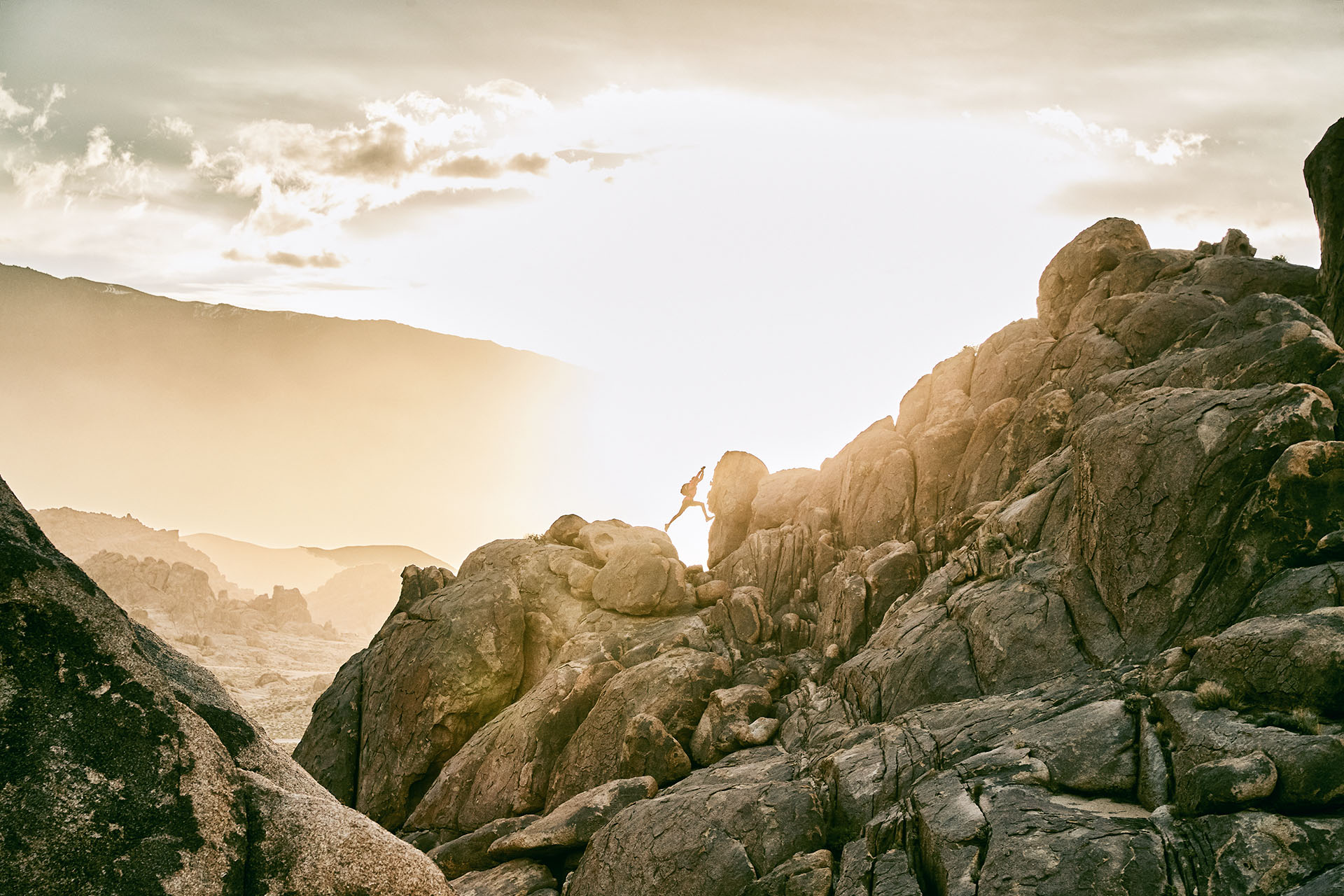 So, what was next? What have been some other highlights of your career thus far?
Earlier this year I got a call from Eddie Bauer to go on what has been the most incredible shoot of my career: following actress Mandy Moore on a 7-day climb to the summit of Mount Kilimanjaro and documenting the experience for an extended brand campaign. It’s the longest climb I’ve ever been on, and the highest peak as well, but beyond the experience itself it was amazing to see the campaign go viral and get a ton of exposure on the late night and morning talk show circuits. I never expected any of it to happen, but that possibility is what keeps me going. 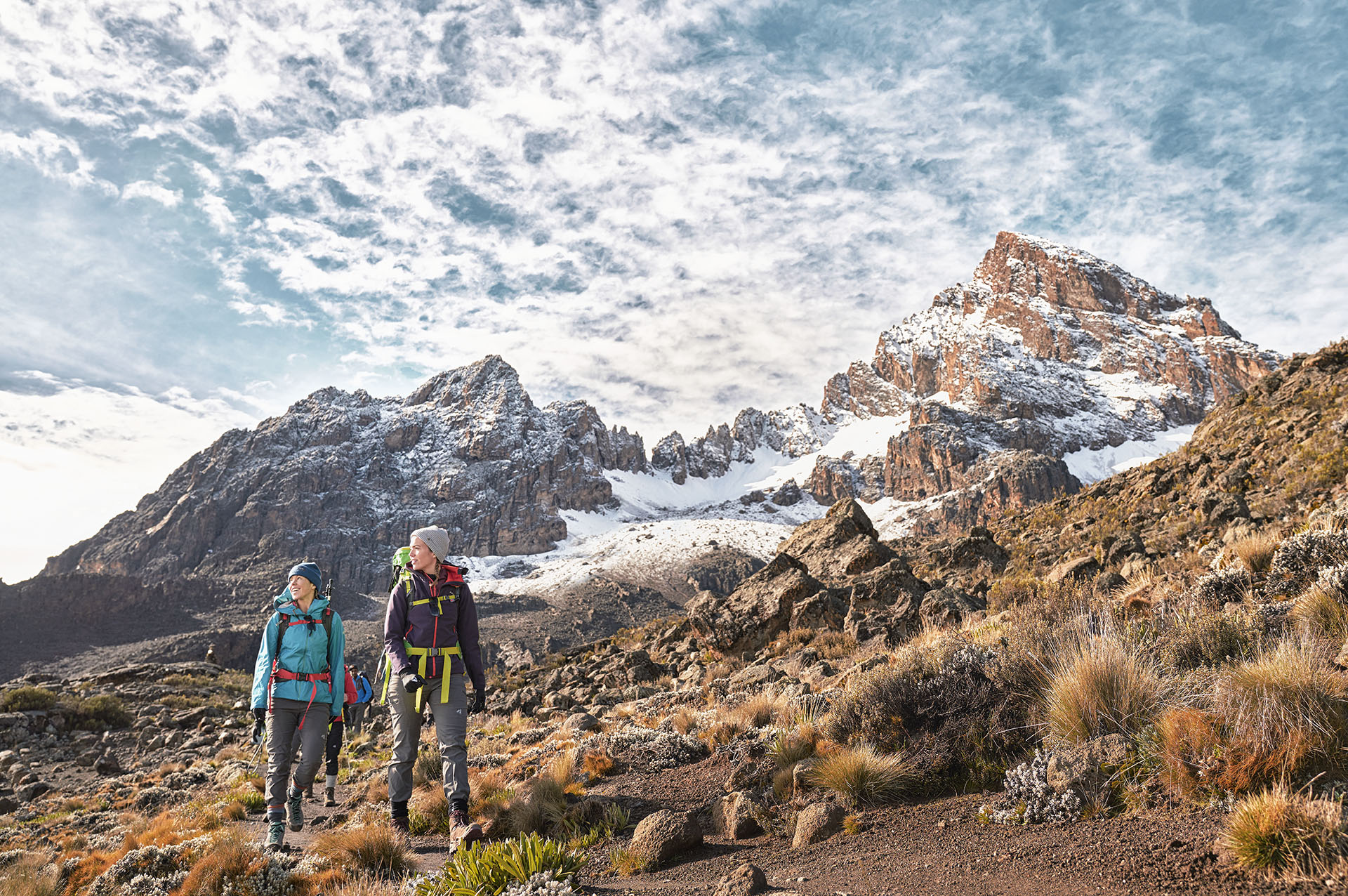 Actress Mandy Moore (front) and her hiking group near the beginning of the long trek to the summit of Mount Kilamanjaro. Maguire documented the entire journey for an extended brand campaign for Eddie Bauer (© Andrew Maguire for Eddie Bauer)


What else drives you to keep doing the kind of work you do?
Telling authentic stories. It’s been a breath of fresh air to see more narrative come into advertising. Knowing that you can create a cool story now that someone might look back on and revisit years down the road is a special feeling.


What does the future hold for you and your career?
The last 10 years have taught me to roll with the punches, because you never know when a new door is going to open. You have to be willing to say yes to opportunities outside of your comfort zone, and you can’t despair if you have a few slow weeks; you just have to keep your relationships open. Lately, I’ve been shooting a lot more video, and I want to build on my storytelling ability by getting more into directing and cinematography. I just want to keep pushing myself to grow as a creative.