Architects of the Future

Last spring, five Kendall College of Art and Design of Ferris State University (KCAD) students were the first to receive degrees from the college’s new Master of Architecture (MArch) program. Now, a year later, those graduates have established themselves professionally as key members of creative teams, working on a wide variety of projects and adding considerable value to the region. 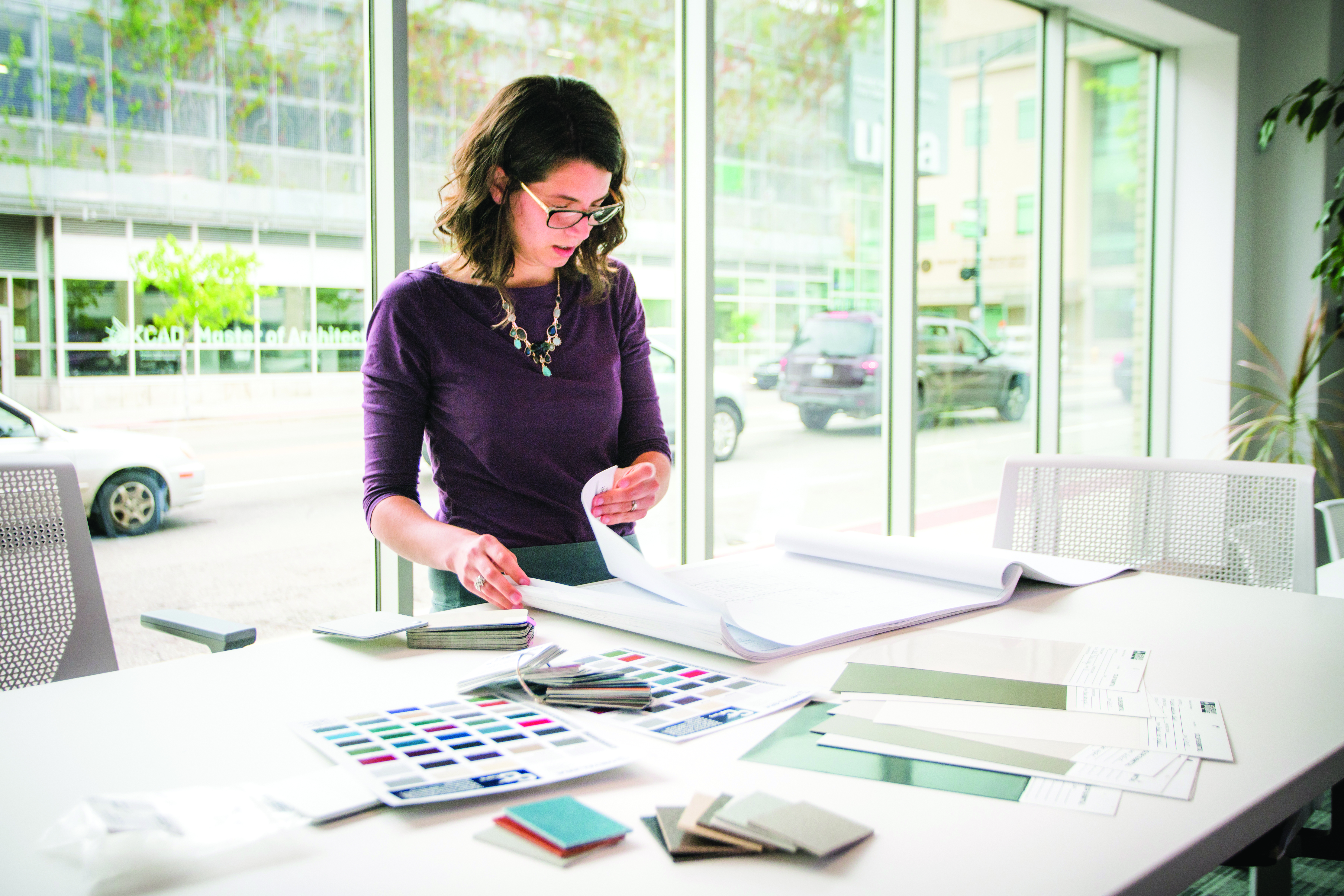 From a rural West Michigan elementary school where young children learn the fundamentals to a new energetic entertainment venue that hosts major live events in downtown Grand Rapids to a forward-thinking power plant recently built on the lakeshore, the scope of work KCAD’s MArch graduates have contributed is impressive and continues to showcase the program’s strengths.

“KCAD is a design playground where creativity just flows out of everyone,” says Courtney Vallier, now a graduate architect at Progressive AE. Her work includes schematic design integration and construction document phases, LEED (Leadership in Energy and Environmental Design) certification projects, and the design and engineering process for Cornerstone University’s College of Science building, Holland’s Energy Park, and Central Wesleyan Church in Zeeland.

“Being in that environment brought constant innovation and pushed the boundaries in evaluating and ideating new solutions to enhance people’s lives through the architectural fabric,” Vallier adds.

Fellow graduate Alicia Miller, a project coordinator at Concept Design, has come full circle—from contributing to the design of Grand Rapids’ newest concert venue, 20 Monroe Live, to having attended two events there since it opened in February 2017.

“It was awesome, especially seeing something so public and seeing people react and interact with the space,” she says of 20 Monroe Live. “KCAD’s MArch program is unique because you’re right downtown. Grand Rapids is quickly developing, and we have the opportunity to be in the middle of it all.”

Another graduate from the inaugural cohort, Daniel Montgomery, worked as an architectural designer at AEcom before taking a position with Bergmann Associates this past May. His résumé includes work in the Chicago area, as well as local retail development, residential developments, and healthcare space renovations and additions. 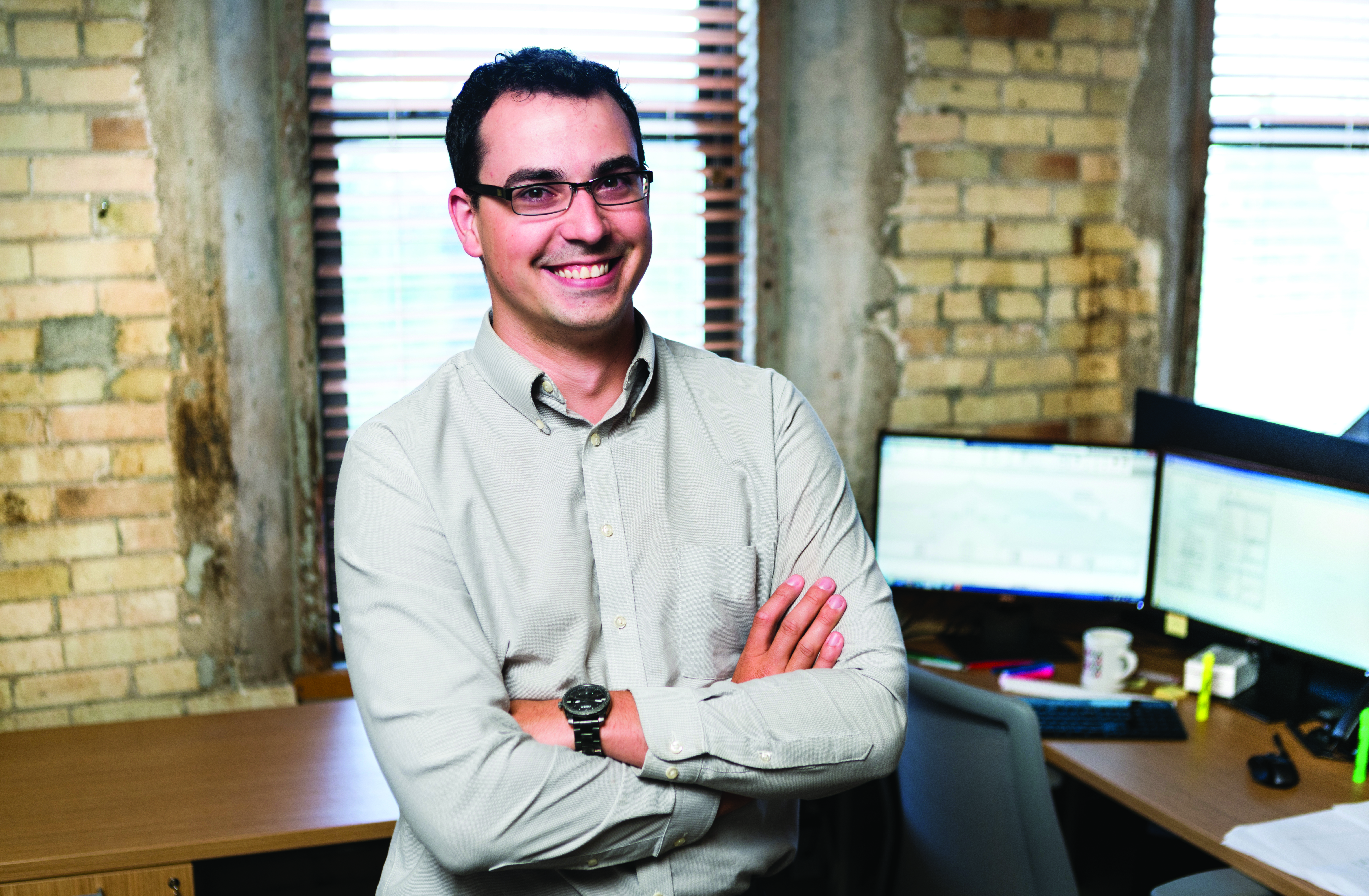 MArch graduate Anne Doornbos has wanted to be in architecture since the sixth grade. After graduating from KCAD, she is living her design dream as a project coordinator in TowerPinkster’s architectural department. Doornbos is currently renovating a Newaygo Public Schools elementary building, which includes 58,000 square feet of new construction and 30,000 square feet of renovations.

Following graduation last spring, Geena Pickering began bringing new design elements to downtown Ada and Dewitt with residential apartments and an orthodontist office as part of her work at Dixon Architecture. In December 2016, Pickering landed a job as an interior designer at DBI, a business interiors company in Lansing recognized for furnishing Michigan State University buildings as well as state government buildings throughout central Michigan.

Pickering’s interior design electives at KCAD gave her a glimpse of the industry in which she now works. She oversees business interiors projects through various phases from beginning to completion.

“It’s been a good change. I’ve always had an interest in interior design,” Pickering says. “The two jobs are somewhat similar from a project management position. Having an architecture background and perspective has been helpful in my current role.”

“I’m thrilled to see our first cohort of MArch graduates not only succeeding professionally, but doing so across a broad range of projects and practices,” says Interim Dean of the College Ron Riksen.

MArch Program Director Brian Craig adds, “These graduates are proof of the fact that, by engaging our students in a deep exploration of place-based architecture that dissolves boundaries between bodies of knowledge, we’re preparing them to be versatile and innovative architects who can work across disciplines, collaborate with others, and envision elegant and impactful solutions to design challenges on any scale.”

The second MArch cohort, which graduated in May, includes two members who earned BFA degrees from KCAD prior to enrolling in the program: Jenn Hicks (’07, Interior Design) and Courtney Wierzbicki (’14, Interior Design).

“KCAD’s immersive environment of art and design is an incredible asset for the MArch program,” says KCAD President Leslie Bellavance. “For MArch students, it creates opportunities for intersecting with other disciplines that broaden their perspective. For undergraduate students, it positions the MArch program as an exciting pathway for them to continue their education and discover a whole new world of career possibilities.”