DON'T LOOK NOW! A transformation is coming to our campus.

If you're one who arrives and leaves campus in the dark, you may not have noticed. Or, if you're one who doesn't function well without three double lattes... let's just say we understand.

"So what's this transformation, you ask?" 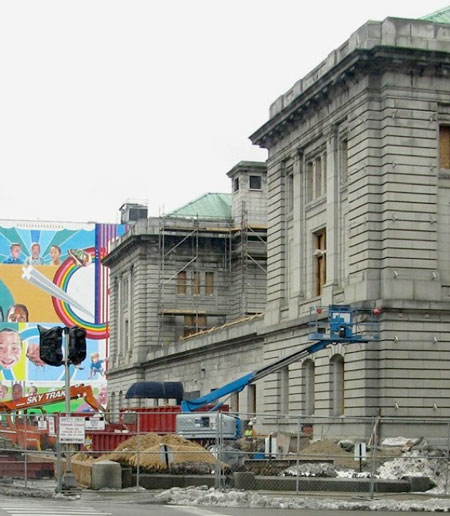 For the past 12 months Kendall College of Art and Design of Ferris State University has teamed with a private development partnership to restore and redevelop the historic Grand Rapids Federal Courthouse and Post Office building right across from us on Pearl Street. This partnership is transforming the building into art exhibition and studio space, classrooms, lecture halls and faculty offices. It doubles the amount of space we currently have, and when the work is complete this summer, the KCAD-FSU campus will link three consecutive city blocks from Fountain Street to Lyon Street. 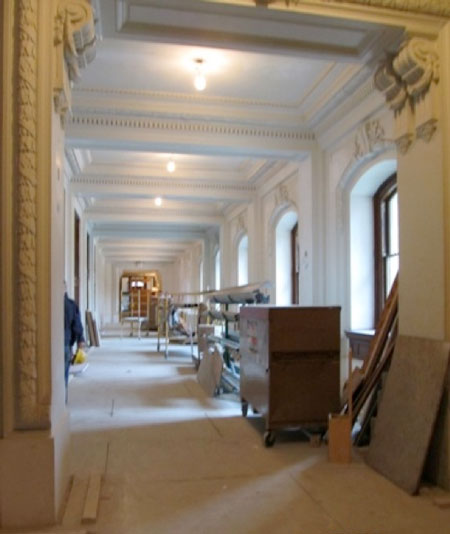 The Federal Building was constructed in 1908 and is a National Landmark. For 70 years the building was part of the Federal Court system and at least one important legal decision was decided there; Major League Baseball's Reserve Clause. That's the ruling that says a player can only play for the team that drafts them. In 1978, the Federal Building became the home of the Grand Rapids Art Museum. Upon the GRAM's move into its new digs a few years ago, the now vacant structure caught the eye of the film industry for a movie set pertaining to orphaned children in Russia. KCAD-FSU recognized a greater potential and found a way to adopt this historical treasure. Is that poetic or what?

Soon you will be able to walk its halls enjoying its distinctive Beaux-Arts architecture, display your work in one of the many galleries, or model your next masterpiece in one of the 3D studios.

Get ready! It's coming sooner than you think. 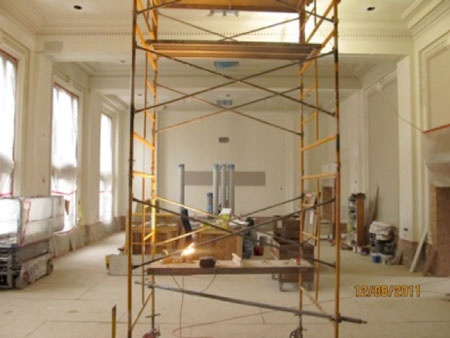