Titled “CODEX,” the film is inspired by “Codex Seraphinianus,” an illustrated encyclopedia of an imaginary world created by Luigi Serafini, an Italian artist, industrial designer, and architect. Full of surreal images such as peculiar plants and animals, detailed diagrams of pointless machines, and muddled maps, as well as an invented language, the book lends itself well to artistic reinterpretation. 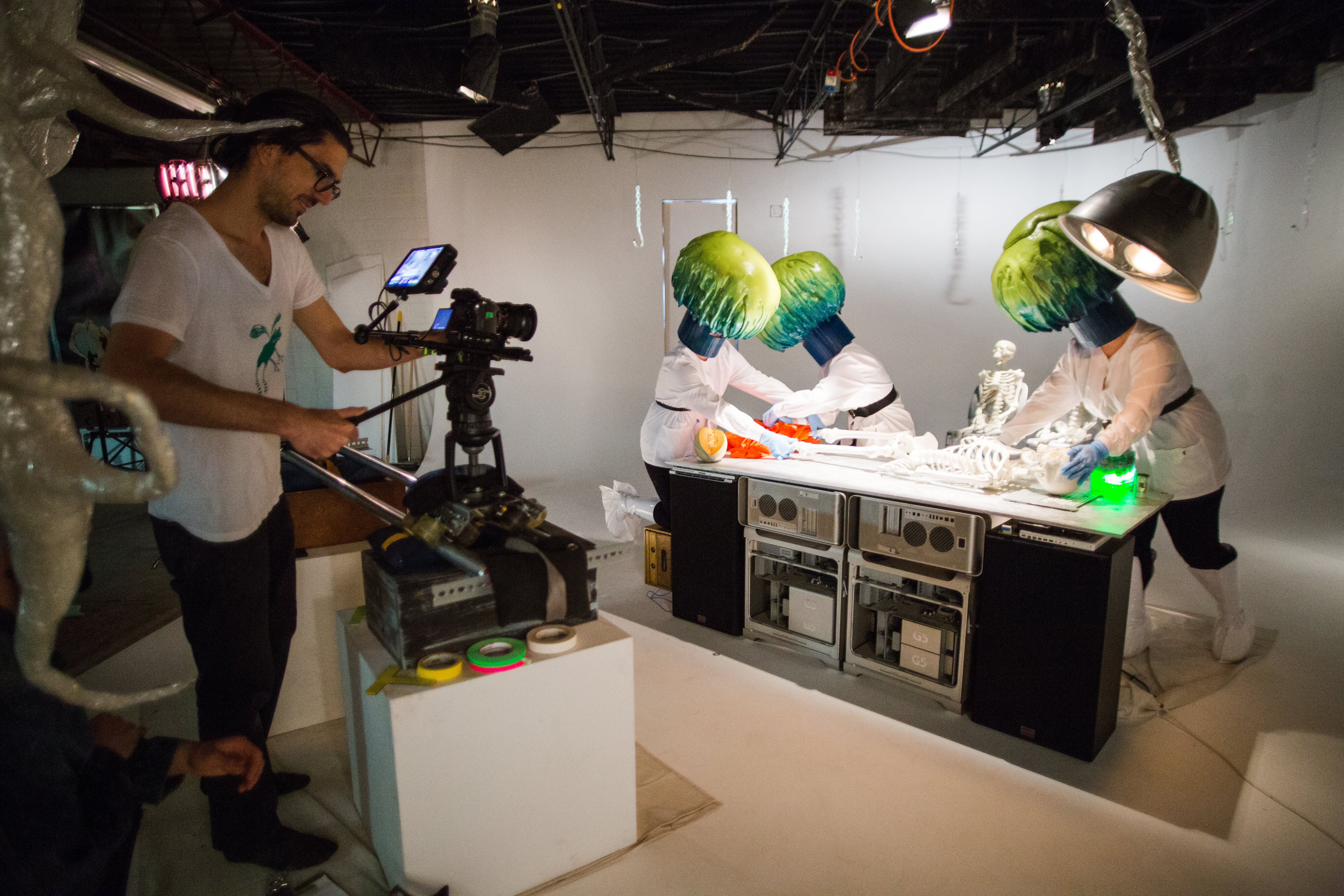 (above and below): Members of the INTERSPACE student organization work with videographer Anthony Ferrara 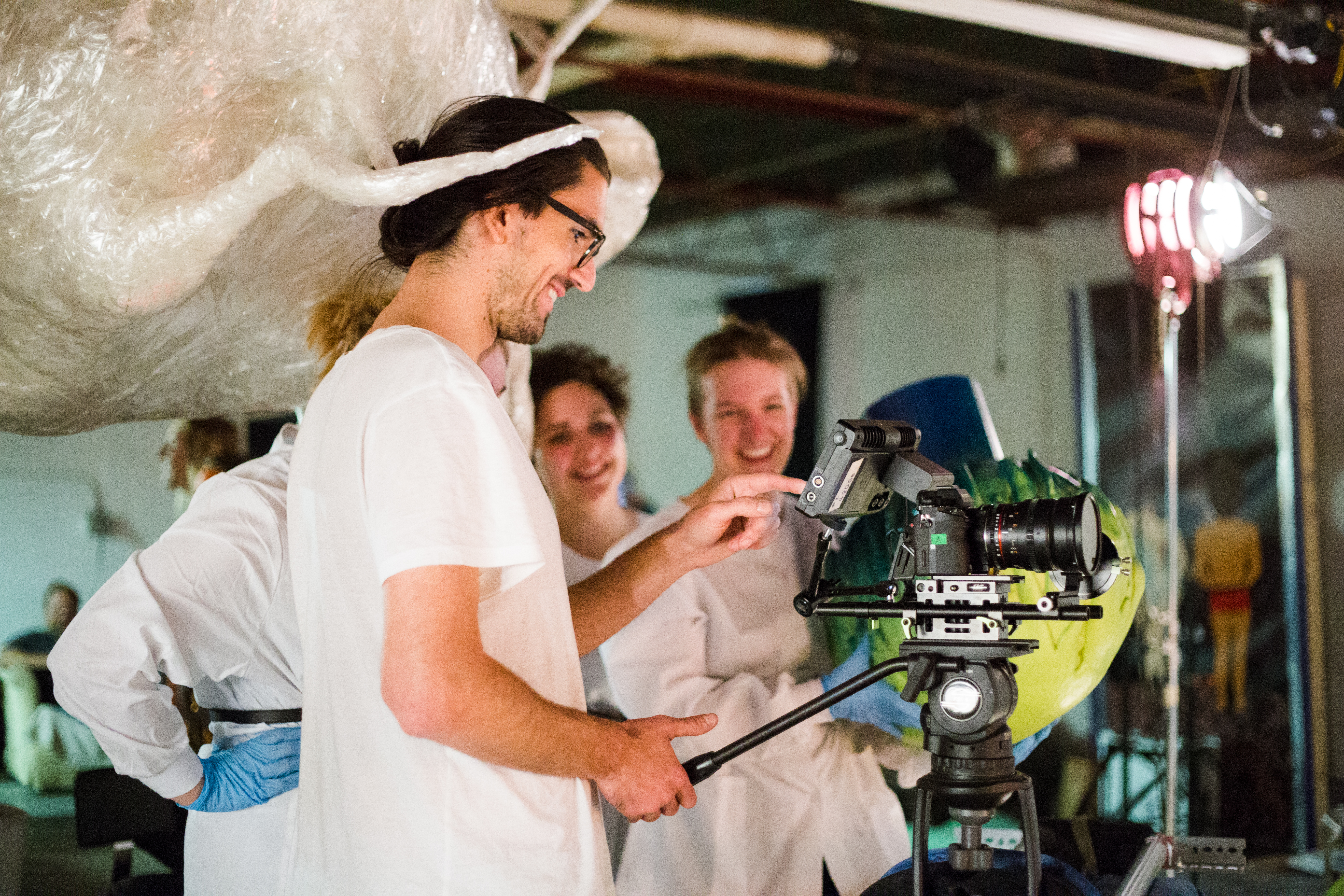 Members of the KCAD student organization INTERSPACE worked with Ferrara, who goes by the name Bokeh Monster, and Ilsley to recreate one of the book’s pages, in which alien-like figures assemble a human form on an operating table, as a short film.

Students helped storyboard, created props and costumes, and even starred in the production, which was shot at The Moon, the Grand Rapids studio of KCAD Sculpture and Functional Art Assistant Professor Natalie Wetzel, and premiered at Urban Institute for Contemporary Arts in September of 2016.

The film was screened alongside a number of other short films during Nonplussed Fest, which started in 2016 as a celebration of cross-pollination between film, music, and art.

Click here to learn more about the INTERSPACE student organization.