The American Society of Furniture Designers announced the winners of the 2013 Pinnacle Awards on October 22, and five alumni of KCAD’s Furniture Design program were among them, further solidifying the program’s reputation for producing industry leaders.

The panel of judges, comprised of twelve of the industry’s top professionals, once again included KCAD Furniture Design professor Bruce Mulder. The judges evaluated the finalists on various criteria of design excellence including form, function, innovation, and benefit to both retailers and consumers.

“Selecting the finalists at High Point University last month was a very difficult job,” said ASFD President John Conrad. “When seeing the nominees, I was delighted by the breadth of current designs grounded in authentic emblematic influences, representing ‘touching lives by design’ with their range of materials, color, and style choices.”

Dennis Kissane (’00) and Gary Hokanson, who attended KCAD, were members of Stanley Furniture design teams that together garnered four nominations and won two awards. The two were also a part of Stanley teams that took home three Pinnacle awards in 2012.

Both Kissane and Hokanson were a part of the team that took top honors in the Bedroom category. The Stanley team’s winning Vintage collection impressed the judges with its careful blend of modern and classical design and an intricate finish that emitted a sense of timelessness befitting to the collection’s name. 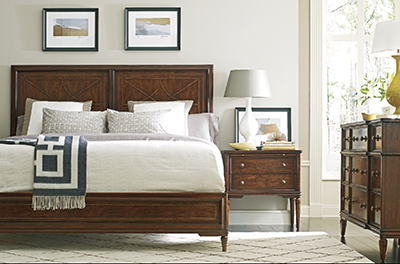 The two designers were also on the Stanley team that finished as a finalist in the Major Collections category with their Charleston Regency collection.

Kissane was a part of another Stanley team that had two collections, Abigail and Boardwalk, named as finalists in the Youth Furniture category, with Boardwalk coming in as the winner. The collection’s versatility and sophistication were a pleasant surprise for the judges, who praised Boardwalk’s unisex appeal and “grown-up” styling. 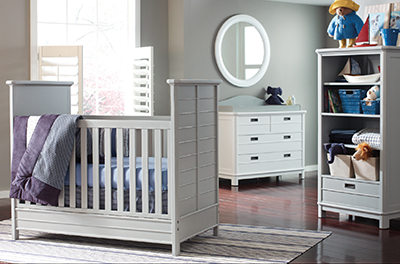 David Vanderbloemen, who attended KCAD, was a part of the Century Furniture team that won the Major Collections category. The team’s design, Chin Hua, featured exotic woods and custom hardware, and was singled out by the judges for its striking finishes and use of a wide range of materials. Vanderbloemen won the Leather Upholstery category in 2012.

In the Stationary Upholstery category, Christopher Sandomenico’s Black Beauty chair took home the top prize. Sandomenico, who attended KCAD and now works for Caracole, designed the chair to reflect classic Windsor styling in a modern vein. The judges deemed that it was Black Beauty’s superior combination of materials that separated it from the other finalists.

Taylor West (‘05), who won the Youth Furniture category in 2012, took home top honors in the Home Office category this year with Chic Coterie, a collection that won the judges over with its combination of functionality, aesthetics, and durability. West, who designs for Hooker Furniture, drew upon popular photo-sharing website Pintrest for inspiration.

It’s telling that these distinguished alumni not only succeeded in a prominent national competition, but also did so across several mediums using a wide variety of materials and design techniques. Their continued achievements, as well as those of other Furniture Design alumni, offer inspiration to current students who are building upon West Michigan’s rich tradition of furniture design while developing their own unique identities as designers.