At the 2016 ArtPrize Awards this past Friday, several members of the Kendall College of Art and Design of Ferris State University (KCAD) community found themselves among the winners of the eighth annual radically open international art competition.

Among the evening’s biggest winners was not an individual artist, but a collective of artists dubbed the 912 CollABORATIVE. The group, which features KCAD alumnus Ricardo Gonzalez (’16, MFA) as well as current students Piper Fields (Digital Media) and David Frison IV (Graphic Design), won two separate juried category awards for the “This Space is Not Abandoned” exhibition at 912 Grandville Avenue. The first was the $12,500 Installation category award, followed by a split of the $12,500 Outstanding Venue award in a tie with SiTE:LAB. 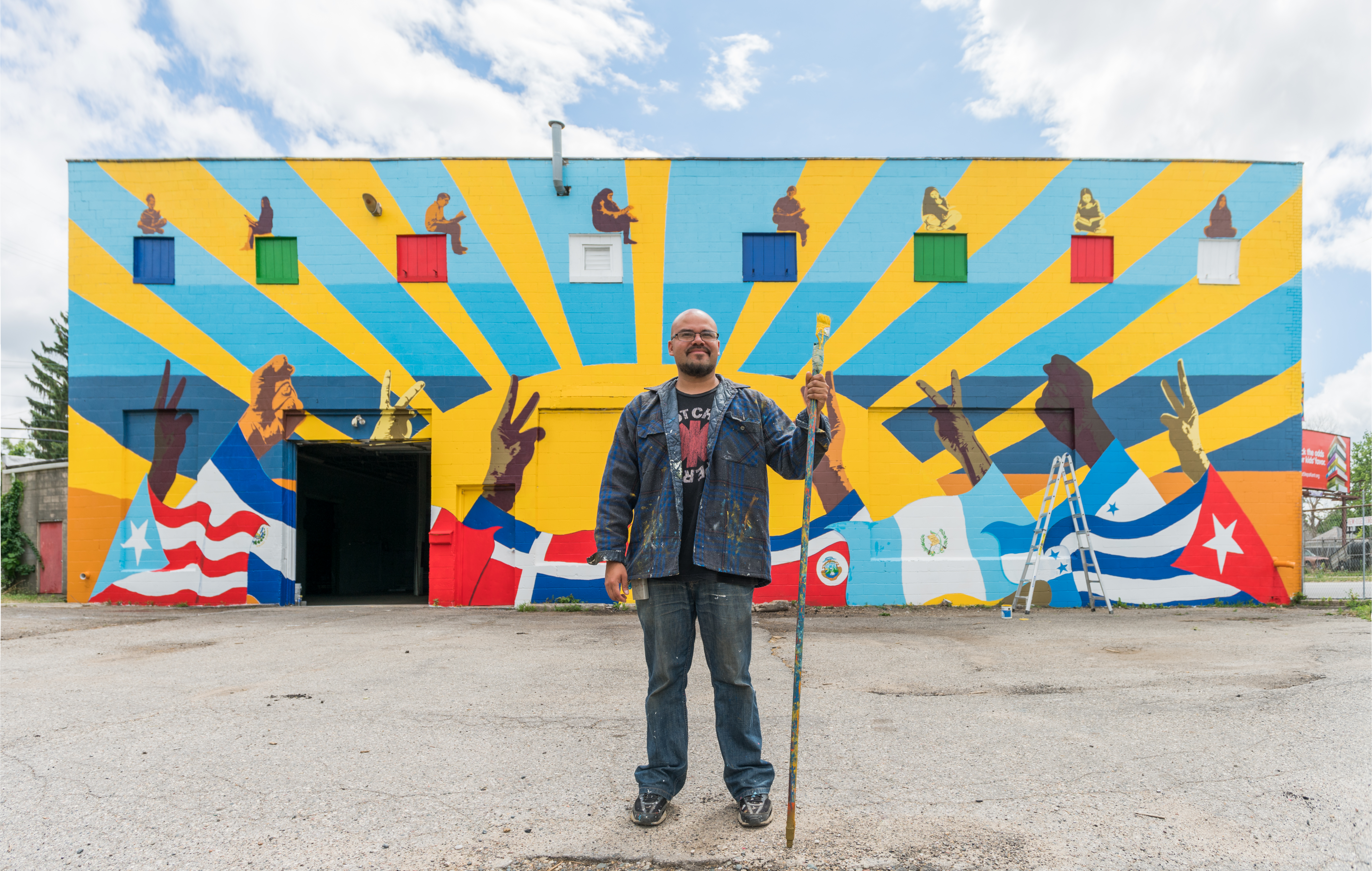 KCAD alumnus Ricardo Gonzalez in front of the mural he helped create at 912 Grandville Avenue. The mural was part of the 912 CollABORATIVE's winning entry in ArtPrize Eight

In announcing this year’s jurors’ short list on September 26, jurors praised the collaborative exhibition for its uniqueness, cohesiveness, and focus on community and cultural expression.

“I love this space for so many reasons. It was interesting to see an entire collectively curated project, and it’s beautiful to consider something site-specifically by its community,” said Installation juror Deana Haggag, director of The Contemporary in Baltimore, MD. “[The exhibition] was so diverse in materials, and what really sealed the deal was the curatorial statement, talking about how art can be accessible and who that’s for.”

Outstanding Venue juror Steve Dietz, founder of Northern Lights.mn in Minneapolis, added, “It’s so important for communities to self-represent, and this exhibition brings in artists who reflect their community and celebrates them.” 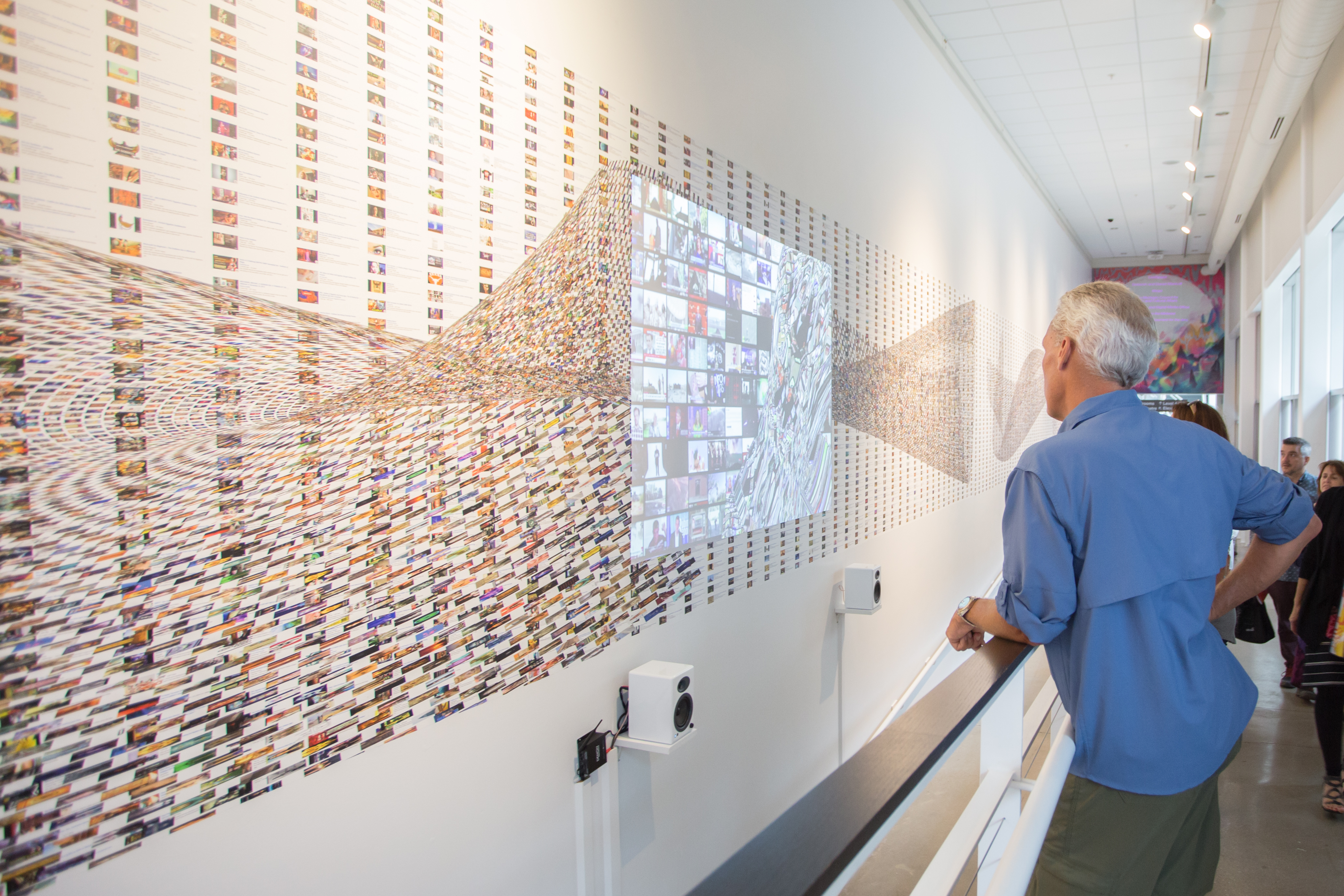 Two pieces in KCAD’s RE• exhibition were recognized with independent awards.

The $5,000 Sustainable Art Award, created through a partnership between KCAD and Cascade Engineering, went to Lina Puerta’s “Traces.” New for 2016, the award recognizes an artist whose work best reflects the context of sustainability. Each of the 11 artists in RE· were eligible to win the award.