Katherine Westbrook may not have known it, but her first look through the Printmaking lab door at Kendall College of Art and Design of Ferris State University (KCAD) would someday open much larger doors for her. Originally a Graphic Design major at KCAD, she says, “I peeked my head in and said, ‘Ooh what is this?’ Then I signed up for the Intro to Printmaking class, and I was hooked!”

Fast forward to 2021, when Westbrook decided to shoot for the moon by applying to the prestigious Tamarind Institute of the University of New Mexico. Recognized internationally as the premier apprenticeship program for lithography, Tamarind accepts no more than eight students per year into its master printer program—and Westbrook has earned a spot among that elite group in 2022. 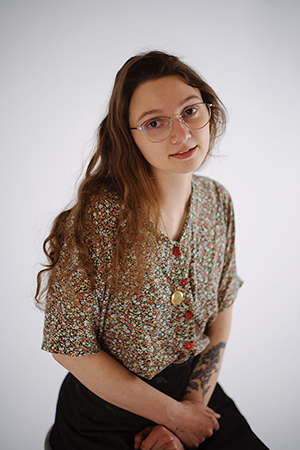 “Tamarind is the gold standard of print and litho. It’s the real deal,” she says. “I went in thinking I would never get in, but I said, you know what, I’m going to try. I knew if I got in, it would be the most life-changing thing, so I just went for it!”

Mariel Versluis, Professor of Printmaking at KCAD, says “It is truly an honor for the Printmaking Program at KCAD to have one of our BFA students get accepted into such a highly esteemed Master Printer program. Tamarind has an internationally recognized, exclusive program. But it doesn’t surprise me that Katherine got in given the quality of her work and her personality. Anyone who practices lithography has to have a lot of perseverance and tenacity. There’s also a little alchemy involved, and because of the nature of the chemicals, it’s a very demanding and sensitive process. Katherine has that down, and she parallels the process with her temperament.” 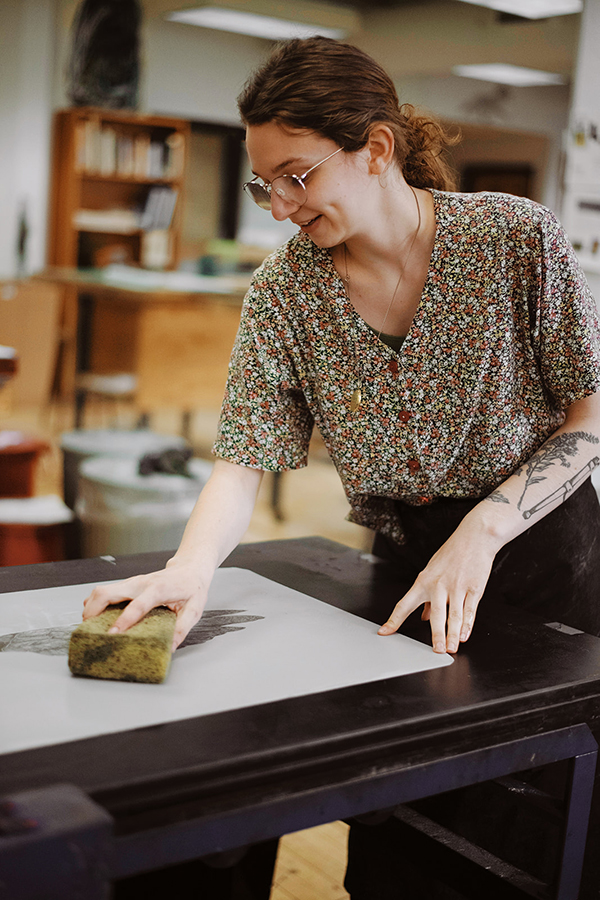 (above) Westbrook at work in the KCAD Printmaking studio (credit: Dani F Hughes) ; (below): "Somewhere In Between" by Katherine Westbrook 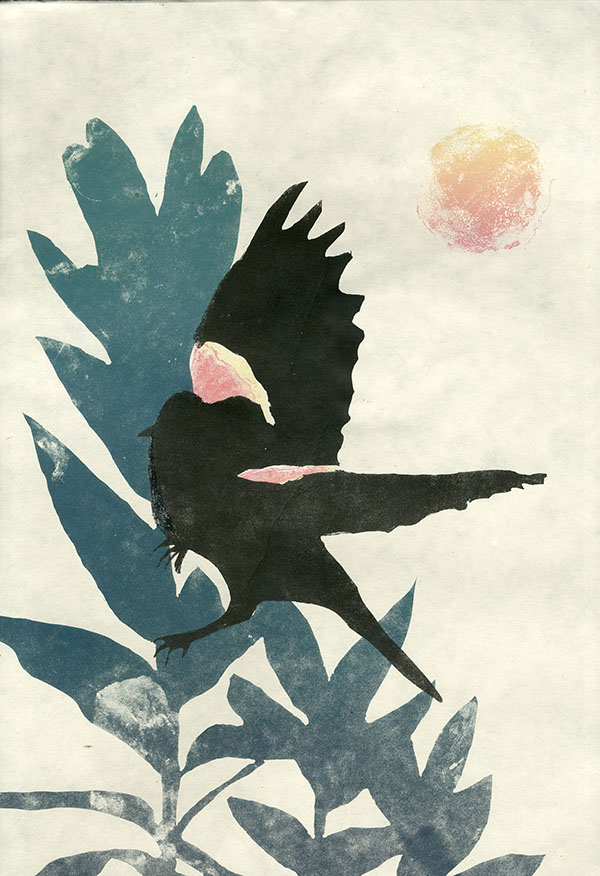 Olivia Timmons, another member of the Printmaking faculty, served as Westbrooks’s foremost mentor at KCAD. She remembers, “My first impression of Katherine was that she was a diligent, hard worker. She sat so quietly and was so focused. As an educator, you really take stock of that. I could tell she was really into it and willing to explore different techniques.”

Timmons adds, “Katherine has always had a realistic approach to artmaking, realizing that her first attempt was not going to be the best, and she might not even keep it. In lithography, you mess up so much, but she realized it wasn’t the end product that’s important, but what you learn along the way. I have so appreciated the chance to work with Katherine over the past several years, to watch her explore and grow through both technical skill and concept. While I initially guided her through the process, she has dedicated many hours to better understand the process of lithography, and as an educator, that is something you come to value.” 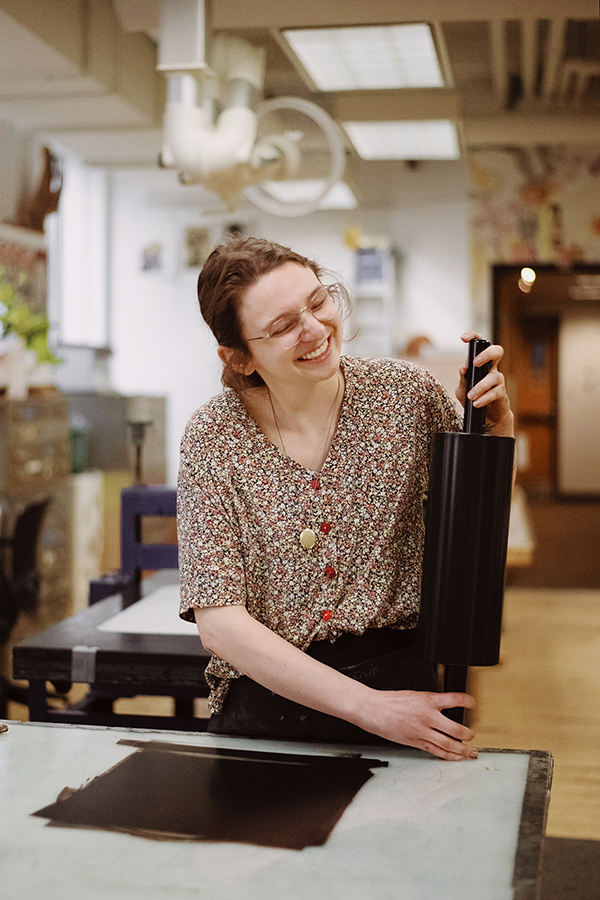 (above): Westbrook putting the finishing touches on a print (credit: Dani F Hughes); (below): "Untitled" by Katherine Westbrook

At Tamarind, Westbrook will undergo even more intensive training in lithography. “The program’s formatted so in the first year, you’re really honing your technical skills and learning from the bottom up,” says Westbrook. “It’s very laborious, very time consuming.”

Only one or two printmakers are accepted to stay on for the second year of the program. At that point, printmakers can begin collaborating with sculptors, painters, or other artists who rely on the technical expertise of Tamarind’s master printers to help them achieve what they want to do. “World-renowned artists such as Kiki Smith have worked at Tamarind, and Katherine will be collaborating with such artists,” says Versluis.

Timmons says that Westbrook is well suited for the Institute’s collaborative approach. “Kate has an easy and professional manner that makes her approachable in the Printshop,” she says. “We see it in the shop all the time, she is a natural mentor and collaborator.”

That sharing mindset plays into Westbrook’s future plans as well. “I’ve always known that I want to do something helping or aiding other people,” she says. “I don’t’ feel right keeping all the knowledge to myself. Lithography can be so secretive and confusing, but I want more people to feel they can do it so we can create a collective joy. Tamarind will help me achieve that.” 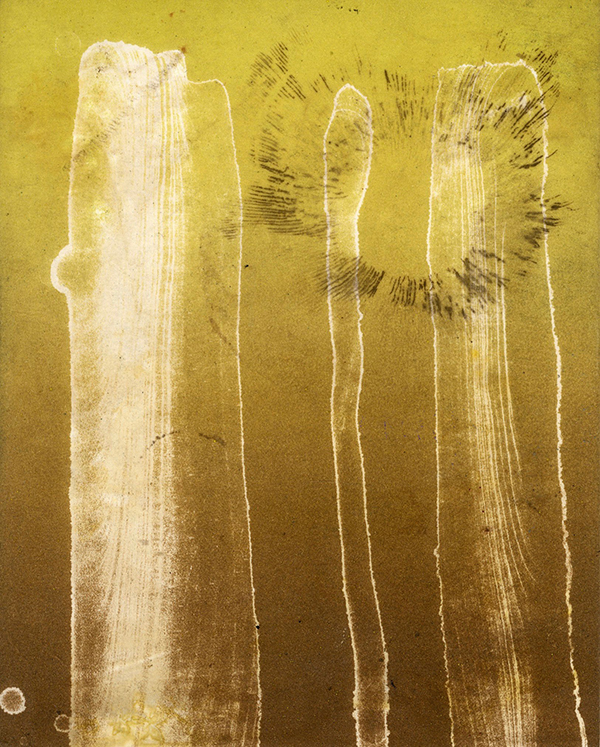 (above): "Untitled" and (below): "Eternal Spring" by Katherine Westbrook 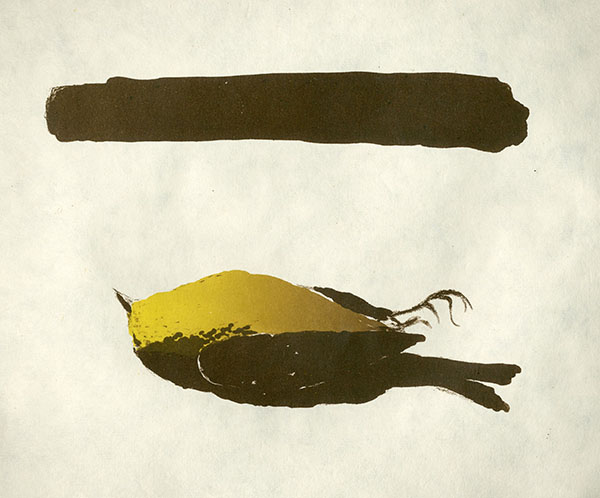 Acceptance into Tamarind is just the latest feather in Westbrook's cap. Before graduating at KCAD's May 2022 Commencement ceremony, Westbrook was named one of only a handful of graduating seniors to recieve an Excellence Award, the pinnacle of undergraduate schievement at the college reseverd for those who exhibit a rare level of mastery and achievement in their chosen field of study. Now, she heads on to another creative learning environment where excellence isn't just rewarded, but expected.

Asked what part of the experience she was looking forward to most, Westbrook responded with a question of her own: “Can I say everything? I’m going into this wanting to learn every single excruciating thing, from the chemistry to collaborating with people more, to how to sustain and maintain a shop. My long-term goal is to have my own shop and printmaking space where I can invite artists to come in and use specialized equipment, and I can help them through the more difficult stages. A lot of people I talk to want to try it but don’t have the means, and I’d love to help them bridge that gap.”

She adds, “This experience has proven to me that I am way more capable than I give myself credit for. This is just the beginning of my career, and I’m going to be doing even bigger, more amazing things! After all the work I’ve done up to this point, to be able to focus on printmaking without any other distractions is going to be lifechanging! I have no other words to say.”