KCAD students cleaned house at last night’s 2014 ADDY Awards, presented by the American Advertising Federation, taking home twelve of the fourteen awards given in the student category. Not to be outdone by the young guns, KCAD alumni Greg Palazzolo, head of local heavyweight firm Palazzolo Brand Design, was named the recipient of the 2014 Silver Medal Award, given yearly to the individual who makes the greatest contribution to the West Michigan advertising and design community.

In the student category, Amy Johnson took home Best in Show honors and a gold ADDY for “Letters, lost then found,” a book inspired by a series of letters exchanged between her grandfather, William Raubinger, and his youngest brother Freddy during World War II. The 202-page book, which Johnson hopes to entice publishers with in the near future, blended copies of the letters with historical context and stirring photography. 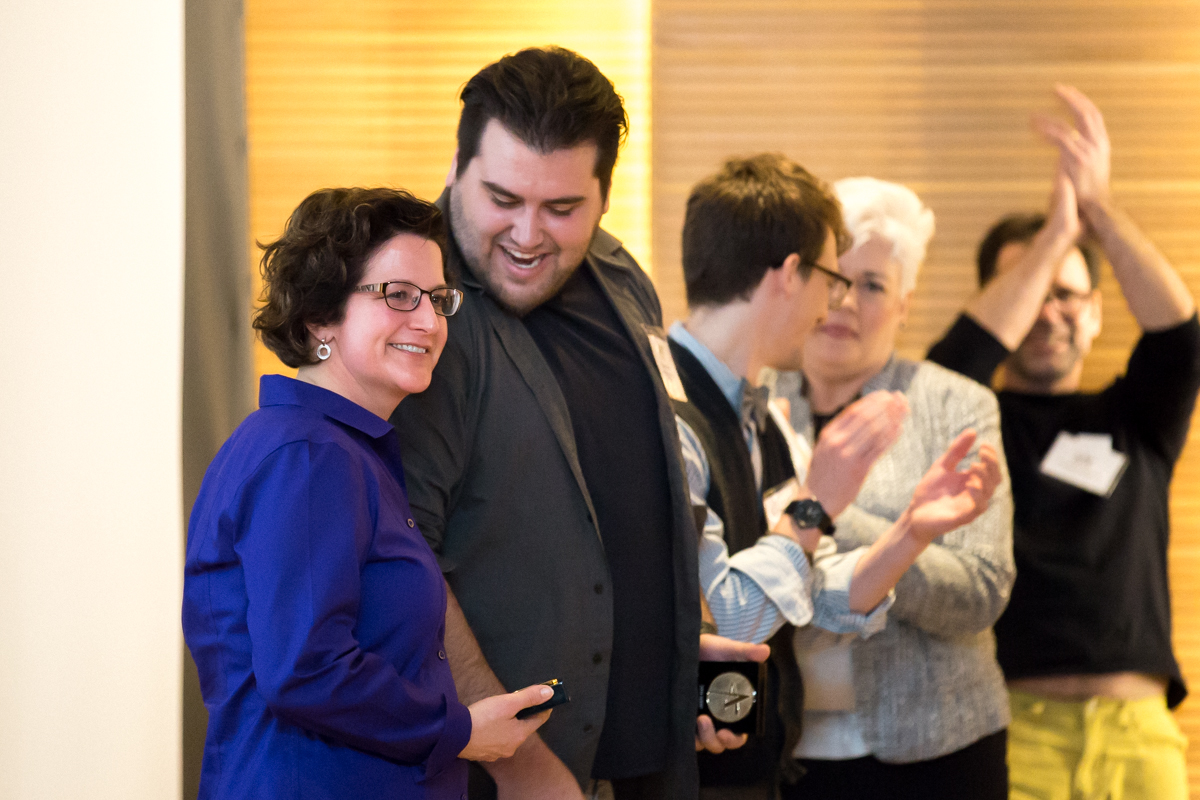 Excerpts from Brian Garza's Textile on the big screen

- Kaitlyn Perkins – packaging and logo for Dunneback and Girls

Those students who won gold ADDYs will move on to the regional level of the competition, and with a good performance there will have the chance to showcase their designs on the national stage.

Congratulations to all these fantastic designers on their rousing success!

For more coverage of the 2014 ADDYs check out the following articles from MLive and The Grand Rapids Business Journal.

For more information on the ADDY Awards and the American Advertising Federation, visit www.aafwmi.org.