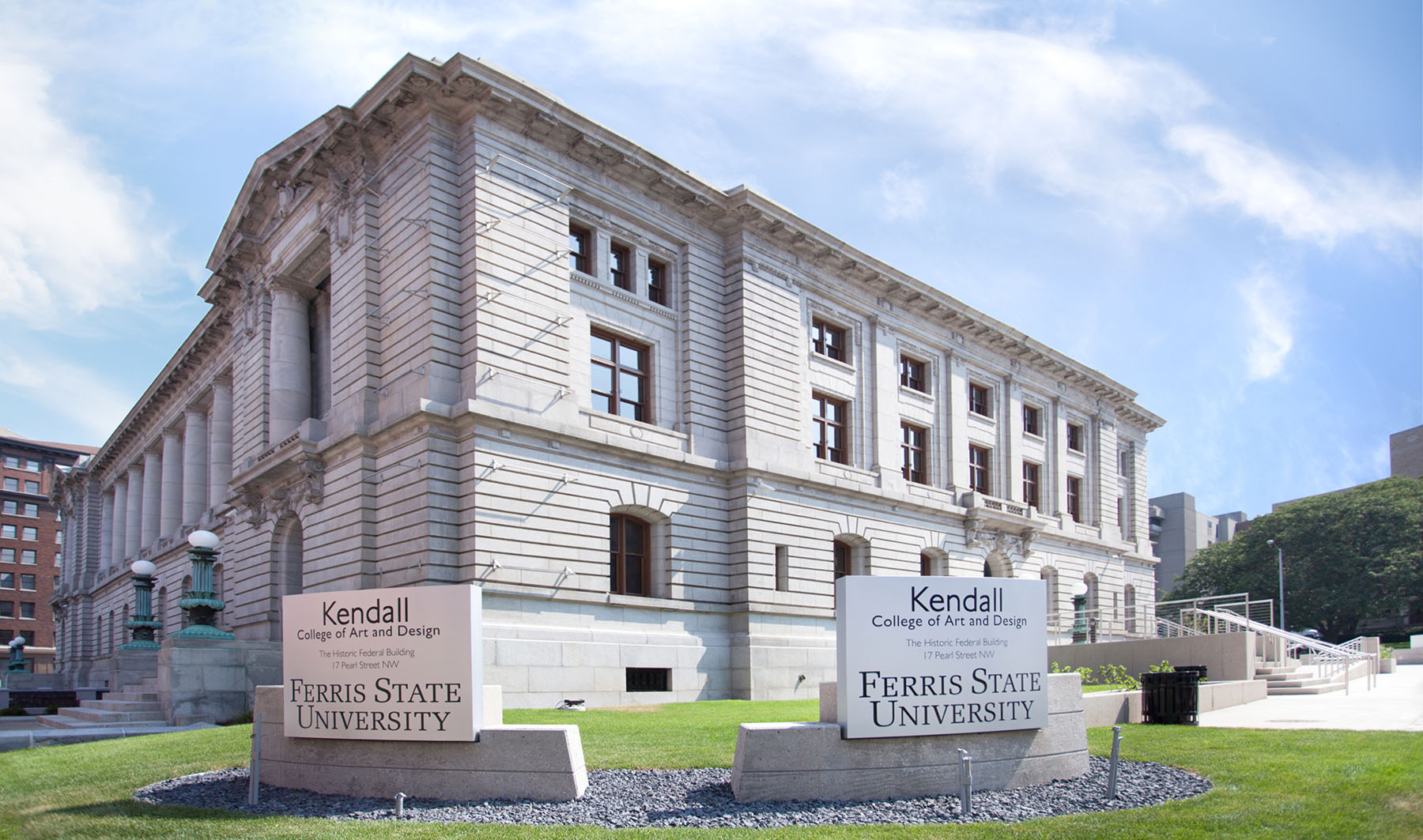 Downtown businesses and the general public were invited to nominate organizations in seven categories.  Online voting was opened the public July through August, and the final decision on the first place winners was a combination of the public vote and the Awards Committee vote.

The award was presented for the extensive renovation of the Historic Federal Building, now part of Kendall’s campus, at the Downtown Alliance’s annual meeting.

On behalf of Kendall, Dave Eisler, President of Ferris State University, accepted a a “Gretchen,” a signed and numbered, framed print from a series of paintings by Gretchen Minnhaar called “Urban Parade.” Minnhaar is an award winning international artist who lives in downtown Grand Rapids.

David Rosen, President of Kendall College of Art and Design, along with Vice President Sandra Davison-Wilson and Lee Cobb, Director of Physical Plant, were also on hand for the presentation. President Rosen noted that Kendall was an eager partner in the Downtown Alliance’s efforts to build a vibrant area that produces benefits for the city and region and serves as an attractor for people from all over the globe. “We feel honored that our part as active community members was recognized in this award. We will continue our partnership in making Grand Rapids’ future prosperous and noteworthy.”