The winner’s circle of America’s largest creative competition feels an awful lot like home a for students in the KCAD Graphic Design program.

At the recent 2020 American Advertising Awards (AAA), 2020 graduates Jinyu He and Caitlyn Straley added their names to the growing list of Graphic Design students who have won awards at the national level of this prestigious competition, which is hosted by the American Advertising Federation (AAF) and draws around 35,000 submissions each year from professionals and college students nationwide.

Twelve KCAD students have earned awards at the national level of the AAA since 2006. That’s a staggering feat given that only about 50 national student awards are handed out each year, and entrants must first advance through the local and regional levels of the competition to be eligible.

So, what keeps setting KCAD students apart? For Professor and Graphic Design Program Chair Angela Dow, it’s about making the leap from designs that look impressive to those that spark human connection.

“Graphic designers distinguish themselves by their ability to connect people to their work, so we push our students to embrace empathy and uncover ways they can better understand those who are different from themselves,” Dow says. “As they grow into this process of human-centered design thinking, they understand that type, color, all of these aesthetic elements, are just pieces of the bigger picture: drawing people into authentic and engaging stories.”

He’s “Voices to Choices” publication, winner of a AAA National Gold Award in the book design category, is a perfect example. Her bold branding and crisp layouts deliver an accessible and compelling primer on women’s rights that feels tailor-made for the contemporary moment.

Explore "Voices to Choices" by Jinyu He

Shaken by the Alabama legislature’s passage of a near-total ban on abortion in 2019 (a legal challenge against the bill has since delayed its implementation), He was moved to create something that celebrates the rich history of the women’s rights movement while reminding us just how far we remain from realizing gender equality.

“Gender equality is not a question up for debate; it is something that should be adopted as a way of life. Yet in many countries, women are still not allowed to own property, or their signatures are invalid on legal documents if unaccompanied by the signature of a man, and women everywhere still face inadequate representation politically,” He says. “[‘Voices to Choices’] is for those women who do not have a voice, and to ask of the women who are speaking out, are we really being heard?’”

Straley’s “Filter” publication, which took home a AAA National Gold Award for magazine design and a Silver Award for branding, was also born from personal passion: in this case, the designer’s lifelong affinity for underground music.

In telling the stories of the people and places driving the music scene in Straley’s hometown of Midland, Mich., “Filter” blooms beyond its localized focus into a moving portrait of creativity as something instrumental to our common humanity. Straley even took her project beyond advocacy and into action, envisioning an entire “Filter” brand that would explore non-traditional ways of bringing underground music to mainstream audiences, and winning a AAA National Silver Award for branding in the process.

“It’s easy to get wrapped up in mainstream media but I wanted to challenge readers to find a different narrative,” says Straley. “It could be your neighbor, your coworker, a small business owner—take a moment to ask questions, listen, and support their message. A lot of times we don’t even know what we’re missing until we stumble upon it. Let’s take it a step further and intentionally look for local artists and businesses to support.”

The thought and intention brimming from Straley’s and He’s work is no anomaly. The Graphic Design program cultivates this kind of depth by encouraging students to pursue personally meaningful projects and situate them in a broader context through intensive research. They’re also exposed to as many different perspectives as possible through group critiques in class and routine interactions with industry professionals.

“Our curriculum is designed to build on itself and to be elastic, so we can change in response to what’s happening in our industry and in the world at-large,” says Professor Suzanne Jonkman. “We introduce, reinforce, and then master, which leaves students mature and capable of bringing intelligence and skill into any design challenge, whether its publication, advertising, UX/UI, web, or anything in-between.”

Straley’s and He’s invested success follows that of another pair of Graphic Design students, Lydia Mejia and Morgan Adams, who each won a AAA National Gold Award for book design in 2019.

Mejia’s “Everybody Outside” explored the intersection of the outdoors and social privilege to create a powerful call for a more inclusive outdoor recreation culture. The piece evolved over five different classes at KCAD, including general education classes in gender studies and race studies, and won an AAF Mosaic Award—normally reserved for professional entrants—for its commitment to diversity and social equity. 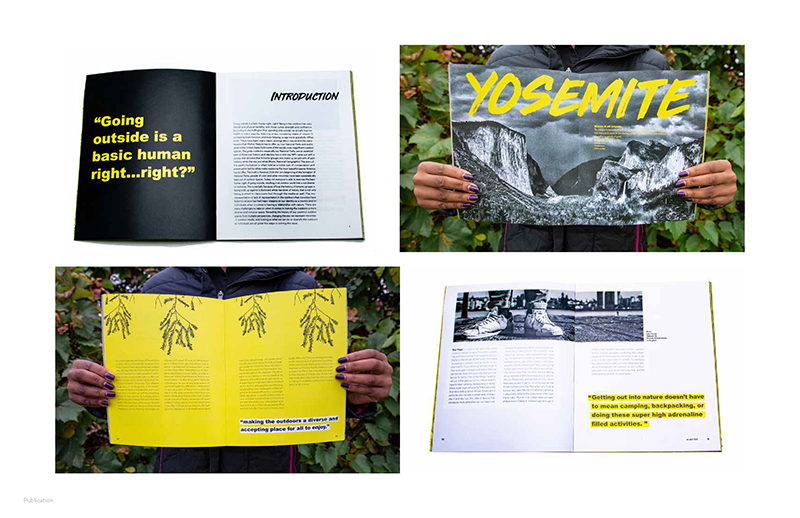 Excerpt from "Everybody Outside" by Lydia Mejia

Adams’s “It’s a Circus in Here” took over a year of in-depth research and collaborative critique to come to fruition as a tactile cookbook that doubles as an homage to intergenerational family relationships. It’s precisely this kind of germination that Professor Joan Sechrist believes helps KCAD Graphic Design students emerge from the program with kind of mature, big picture thinking required of versatile professionals.

Excerpt from "It's A Circus in Here" by Morgan Adams

And that’s good news in light of Microsoft’s recent inclusion of the discipline on its list of the most in-demand jobs in our economy now and into the future.

“Our students understand that good design begins with a framework, and that’s because they’re not asked to concept in only one way; we teach them how to tailor their concepts for whoever or whatever they’re designing for,” Sechrist says. “It’s about executing the creative process at a very high level, and when you consider that many schools we compete against in these national awards spend an entire year just focusing on building a strong portfolio of work, our students’ success is all the more meaningful.”

This holistic mindset has enabled the Graphic Design faculty to consistently empower their students to achieve success on the AAA national stage before moving on to do the same professionally.

There’s 2017 national winners Laura Bosscher and Madison Bracken, who won Gold and Silver respectively for their own personally-driven, yet broad-reaching publication designs. Bosscher is now a Senior Art Director at Fairbanks Brand Studio in Fort Wainwright, Alaska, while Bracken and his colleagues at Portland-based design firm Happylucky work with clients like Adidas, Reebok, and Zappos. 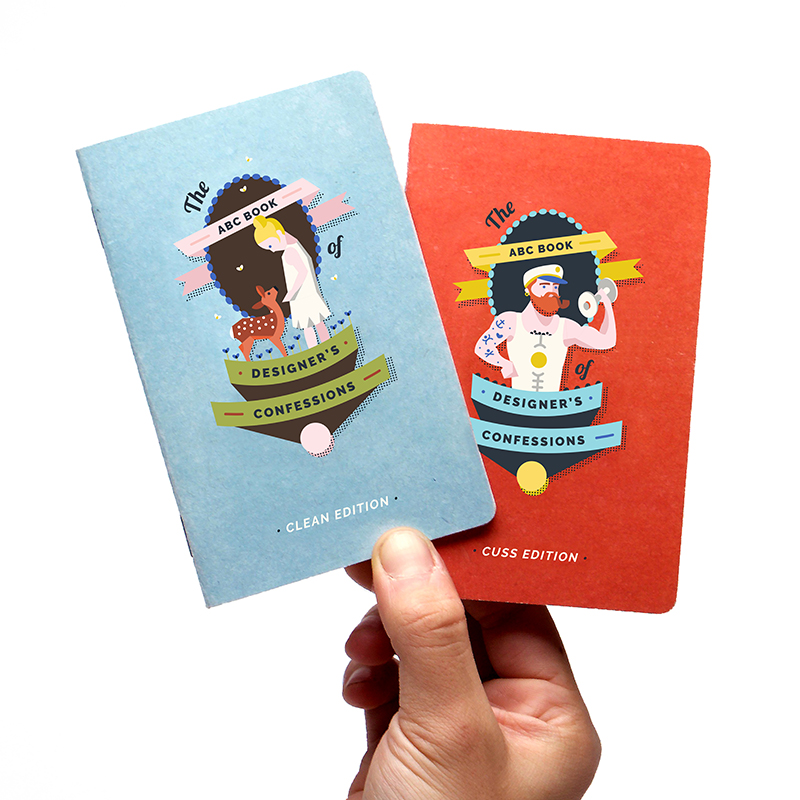 Excerpts from (above): "The ABC Book of Designer's Confessions" by Laura Bosscher; (below): "Elsewhere" by Madison Bracken 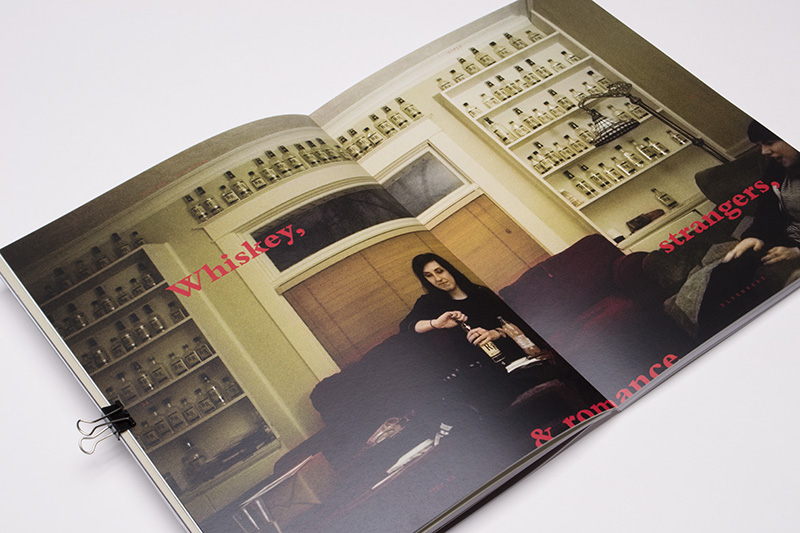 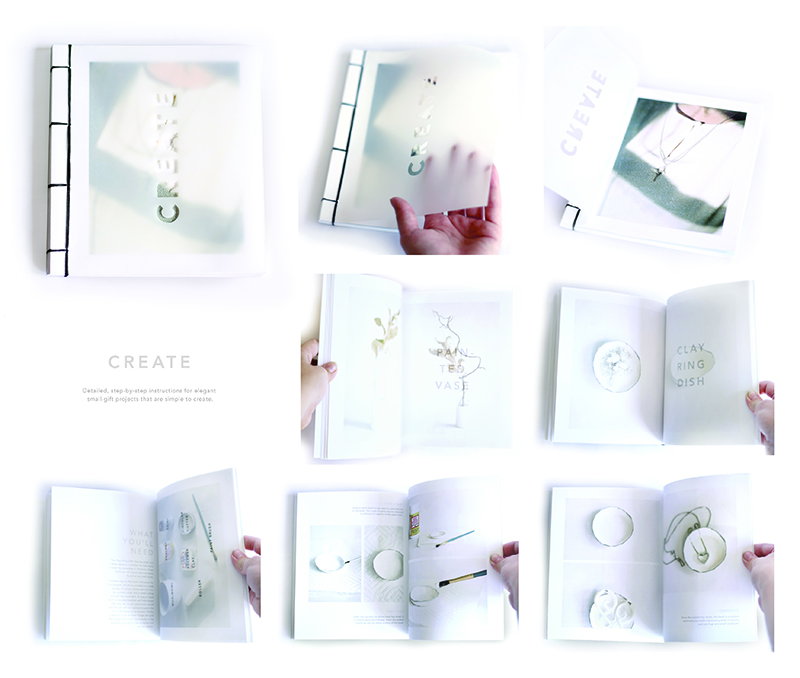 Excerpts from "Create" by Lindsey Milliron 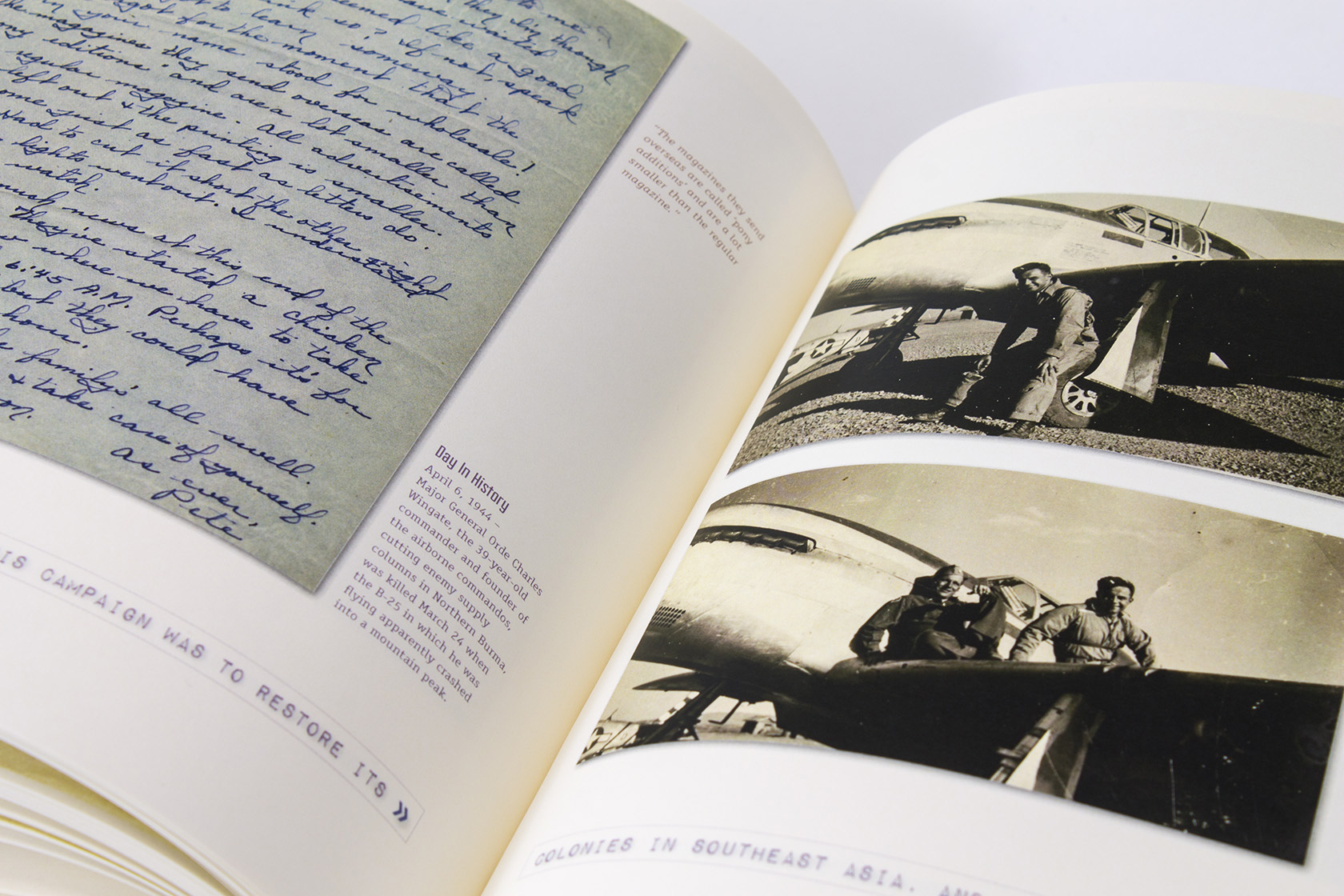 Excerpt from "LETTERS Lost Then Found" by Amy Johnson

2013 Graphic Design grad Isaac Daniels, who captured both a national Gold Award and the coveted Best in Show award with his sprawling yet-intimate skateboarding culture publication “Disorder,” saw his success catapult him into his first job post-graduation at Oakland, California based Visual Supply Company. Now, Daniels is in Brooklyn designing for AREA 17. 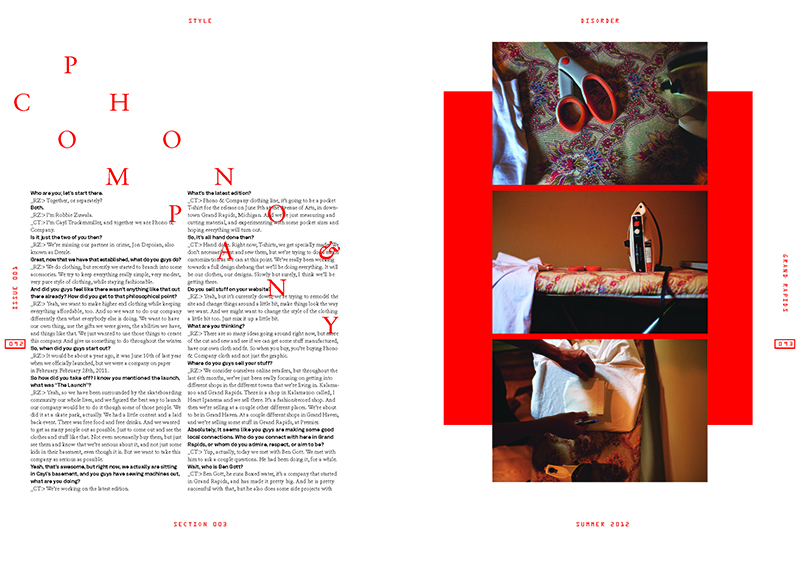 Excerpt from "Disorder" by Isaac Daniels

The list goes on. But for all the individuals on it share in terms of success, they differ greatly in the kind of designer they aspired to—and have now, in actuality—become. And that’s the power of a program, a faculty, and a process that’s tailored to help each student discover their own path to success.

“We want to instill curiosity, flexibility, and confidence, so students are never afraid to challenge themselves,” says Dow. “We want them to be not just designers, but thinkers, makers, and communicators.”