Whether you believe in fate or not, it’s hard to label Gary Williams’ 43-year tenure at Kendall College of Art and Design of Ferris State University (KCAD) as anything short of destiny.

This spring, Williams announced his retirement from KCAD and officially assumed the title of Professor Emeritus, the latest stop on a journey that began in the 1960s when he enrolled as a student at KCAD and continued with him joining the faculty in 1973. Instead of prepping for classes this past summer, he began exploring his genealogy, and in doing so discovered an interesting branch on his family tree: Grand Rapids furniture designer and KCAD namesake David Wolcott Kendall. 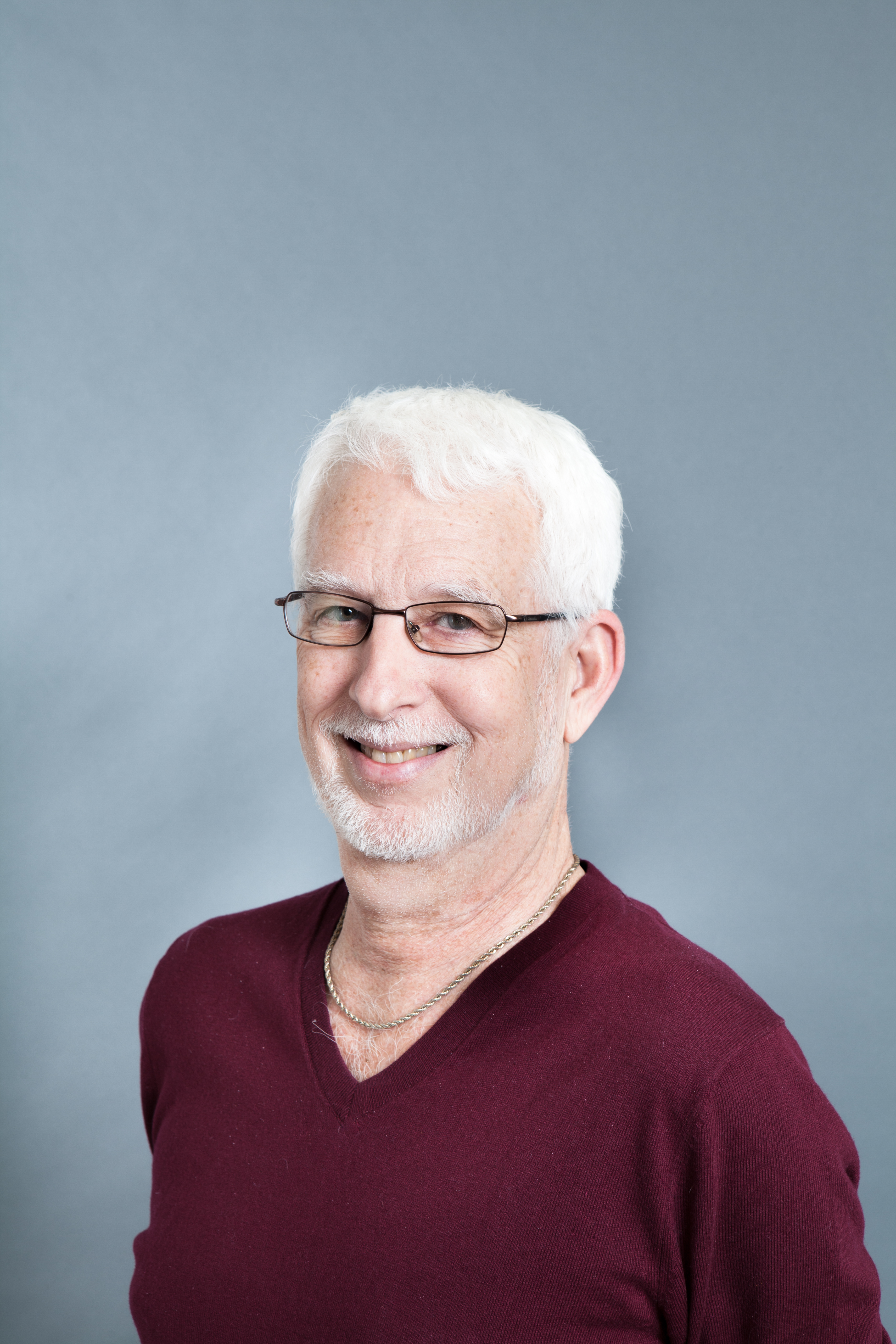 “It’s really only a distant relation; there are about 10 degrees of separation between us. Still, it’s quite the coincidence,” quips Williams.

Intriguing as his genetic link to KCAD may be, Williams has a much more down-to-earth explanation for why he has spent nearly his entire professional career at a single institution.

“There’s a lot of longevity here, a lot of faculty and staff members who have been here for what seems like forever,” he says. “We’re a family, and in the end we’re all working together for the betterment of the college and of the students. I’ve never seen this kind of a focus on close-knit relationships in any other organization.”

After studying advertising design at KCAD for two years, Williams decided he wanted to go into teaching, transferring to Aquinas College in Grand Rapids and eventually earning a degree in art education. He taught 8th grade art classes at Elston Junior High School in Michigan City, Indiana for a few years before accepting another job in Indiana as the layout, illustration, advertising, and marketing artist for three monthly magazines: Industrial Research, Oceanology International, and Controlled Engineering.

Before long though, the drive to teach returned. Williams and his wife were looking to move back to Grand Rapids, and while he had plenty of teaching offers, he decided to hold out for an opportunity at KCAD. When one opened up, Williams found himself teaching alongside a number of the faculty who had taught him just a few years prior.

“We were changing, and that’s what I really wanted to be involved with. I really wanted to see the college grow and I knew that it was going to happen,” he says of the climate at KCAD in the early 70s. “I didn’t know how long it was going to take, but just the prospect of being involved was exciting. I found that I really enjoyed writing classes, organizing classes, and putting things together.” 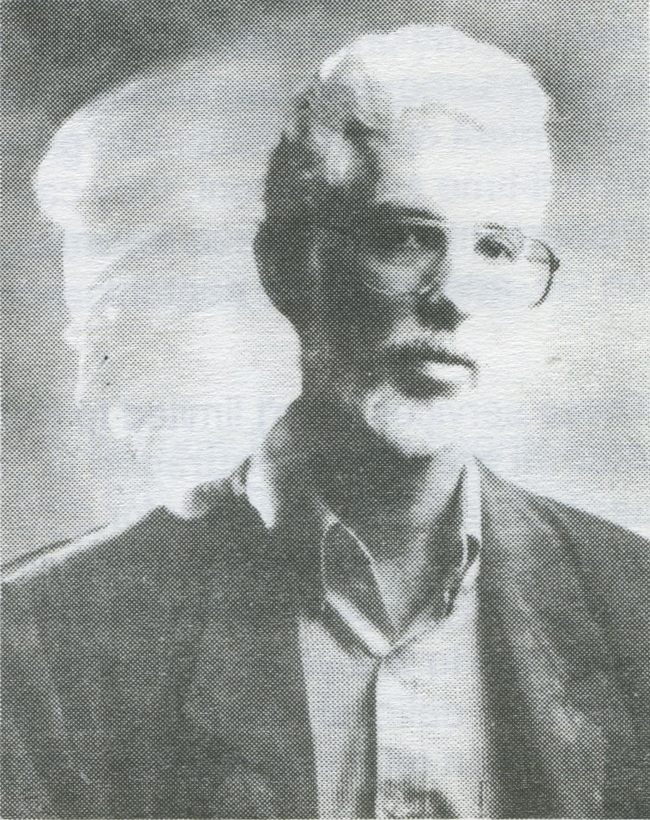 A photograph of Williams taken in 1989 for KCAD promotional materials

Following 13 years teaching primarily foundation courses in drawing, life drawing, and perspective, during which he spent considerable amount of time as the Chair of Foundation, Williams moved into the Graphic Design/Advertising program.

In 1982, Williams earned an MA in Humanities from California State University Dominguez Hills through one of the nation’s first external degree programs, which allowed him to continue teaching at KCAD during his studies. He would go on to earn an MFA in Drawing and Painting from Western Michigan University in 1984.

In KCAD’s Graphic Design program, Williams planned and implemented a number of classes aimed at helping students develop stronger drawing skills. In 1986, he would become Chair of the program, and in the wake of KCAD’s merger with Ferris State University and subsequent campus expansion in 2000, he oversaw the expansion of the program’s space on the 4th floor of the 17 Fountain St. NW building. 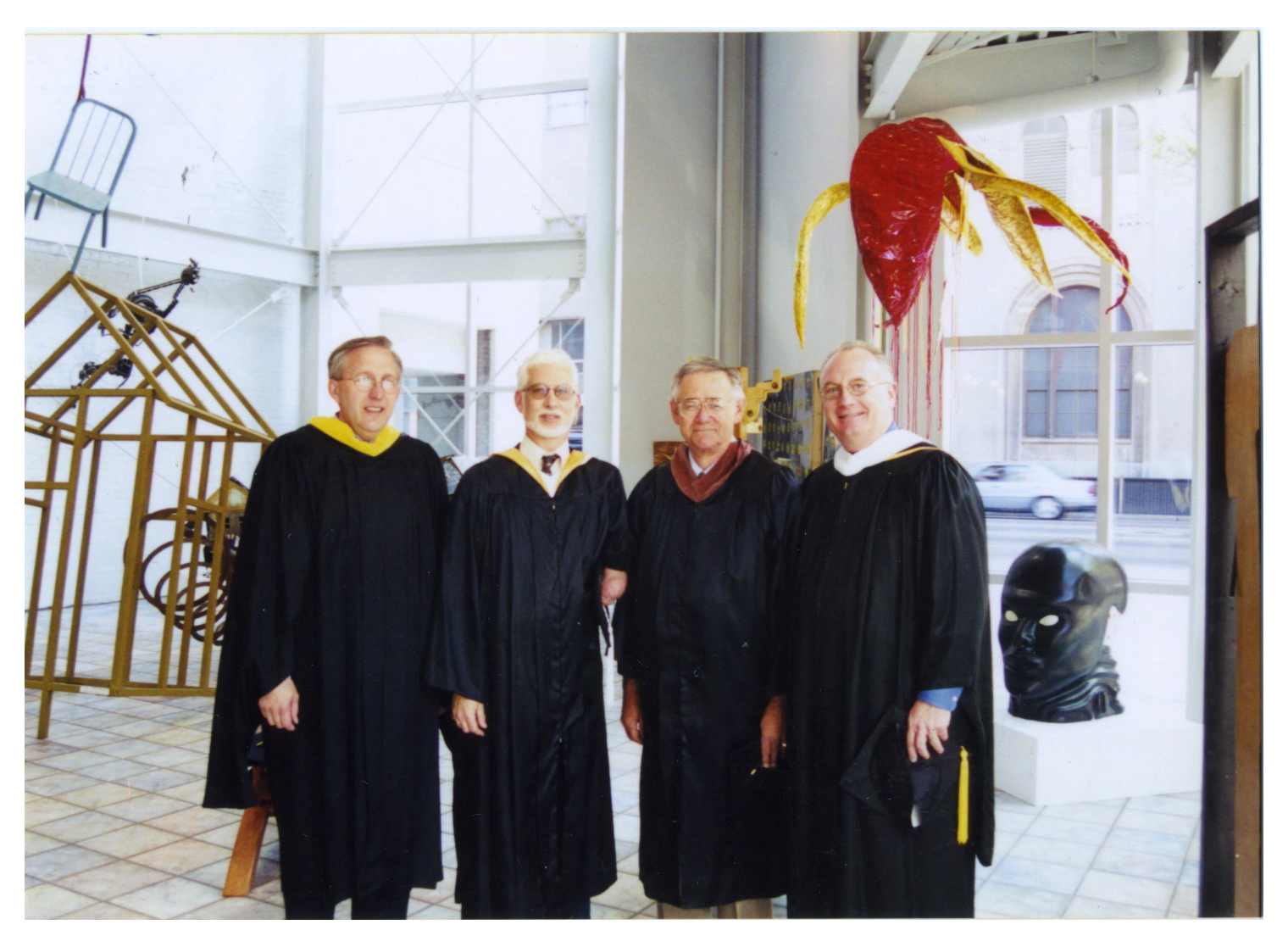 Williams assumed leadership of the Graphic Design program just in time to help lead the transition from traditional tools and processes to the emerging medium of computers.

“The bottom line was that nothing in the professional world of graphic design was being done by hand anymore; it was all done with computers,” Williams says.

Williams became the main conduit for introducing new digital tools and technologies into the KCAD curriculum. He would experiment with new software as it was released, evaluating its potential for use in the classroom. Once software was chosen, he would learn it alongside his fellow faculty members and was highly active in shaping how it would be used in students’ learning experiences.

As the years went on, Williams was constantly looking for ways to sustain and increase the value of a KCAD degree. Using his own professional experience, he developed a number of publication design and marketing classes in the Graphic Design program that complimented the program’s strengths in advertising.

“I was looking at ways to maximize the benefit to our students; I wanted to know what they could take into the marketplace to be as flexible as possible,” he says. 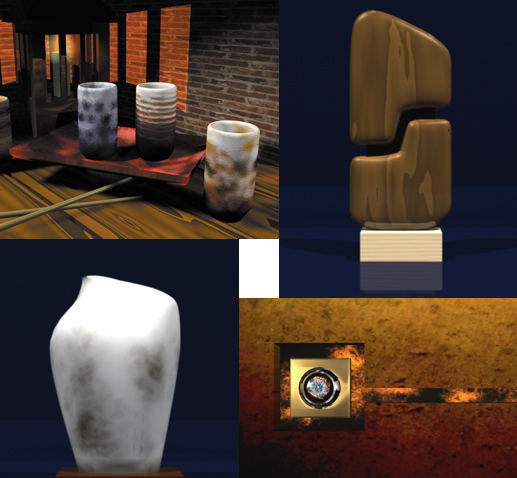 3D work by Gary Williams (images courtesy of the artist)

Inevitably, that mission prompted Williams to look outside of graphic design and into other fields of knowledge that would help students develop creative versatility. With the rise of 3D animation, especially its use in television commercials, he saw a need to teach Graphic Design students how the technology could be used in their own field. So he developed a pair of courses focused on teaching students the basics of 3D animation and how to apply the tools in a graphics context.

“What I wanted to do was develop a series of classes that could round out students’ education so they could at the very least speak the language of 3D and understand what was being done if they ended up working with a television studio or something like that as a client in the professional world.”

But it wasn’t just Graphic Design students who were reaping the benefits of the new course offerings. Industrial Design students began taking the 3D courses to learn how to harness the technology to create digital renderings of their design concepts. After KCAD merged with Ferris State University in 2000, students in the university’s Digital Animation and Game Design program would frequently come through Williams’ 3D courses as a precursor to their higher-level coursework.

Those 3D classes, along with others Williams helped developed on web design, interactive design, and video, would eventually form the basis of a Graphic Design minor. Ultimately, all of the digitally-oriented courses from Graphic Design would be merged with digital illustration courses that had been developed in the Illustration program to create a new major, Digital Media, which Williams joined in 2006.

“Now, it’s all evolving again, as it should. All of the 3D course work I helped developed is transitioning into courses on game design,” he says. “For anything to grow, you need at least one full-time advocate for that thing, and I know that the Digital Media faculty will continue to progress the program.”

Though quick to credit others, Williams has cemented a legacy of forward-thinking and responsive pedagogy that will influence KCAD for years to come, whether though the course foundations he helped build or the current faculty such as Graphic Design professors Angela Dow and Suzanne Jonkman and Digital Media professor Kasey McCargar who cut their teeth as adjuncts under Williams’ mentorship.

As for his own future, Williams is content to turn his attention to his own creative endeavors. When not spending time with his family, he plans to continue developing his own art, specifically miniature art, works 8/5”x11” or less in size made with a variety of media.

“That’s what I’m looking forward to in my retirement, to finally be able to go back at it, he says. “I’m definitely a drawer and a painter. I’ve switched from oil paint to acrylics to now watercolor. So I’m going to be doing a lot more of that.”

And when the inevitable moments of reflection arise, Williams has no regrets about what was, to him, a career well-spent.

“I did have a few opportunities to look elsewhere over the years, but KCAD is just a great place to be,” he says. “There’s always been a lot going on that you could be involved in, and you could readily see fruit of that labor.”