After being named to Adobe’s 25 Under 25 list this past spring, Fredy Santiago (’13, Digital Media) was commissioned by the software giant to create a special illustration for the initiative, which spotlights 25 of the world’s best visual artists under the age of 25, in honor of the 25th anniversary of Adobe Photoshop. 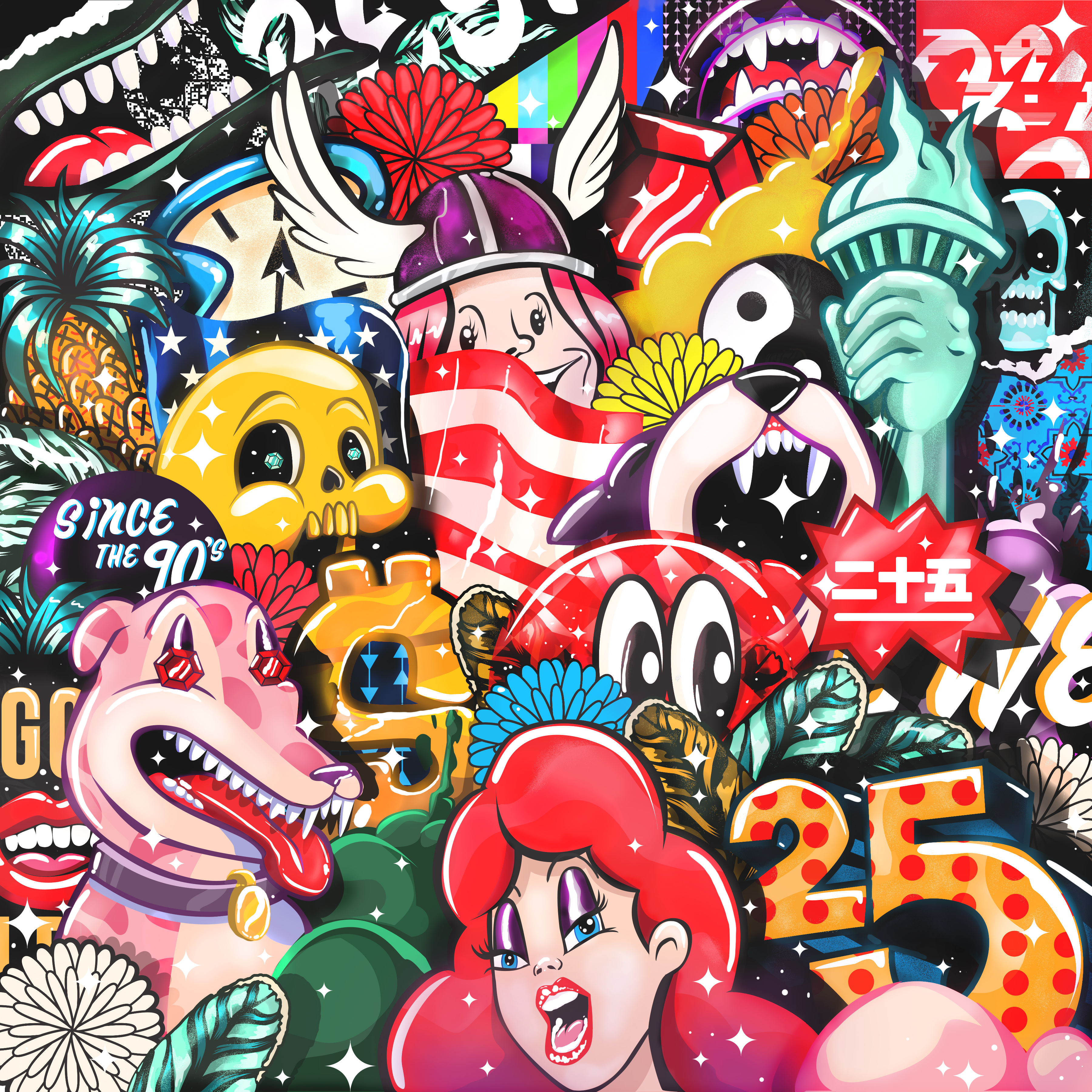 The piece, which Santiago created under his alias “Sugar Coated,” was recently featured at the Adobe MAX event in Los Angeles. There, Santiago had the opportunity to network with some industry-leading designers, developers, and business minds while exploring the latest ideas and technologies in the Adobe pipeline. He was also a featured presenter, giving a live interview and conducting a live work session, both of which were streamed online.

Making the 25 Under 25 list also helped Santiago land further work with Adobe. This summer, the company commissioned him to create a billboard for its Make It campaign that was displayed in New York City’s Williamsburg neighborhood.

“Working with Adobe has been like a dream come true; they are an amazing company that truly believes in creativity and the youth,” says Santiago. “I’m honored to be part of projects with them for their last few campaigns. Besides leading the creative world and making great technology, Adobe is curious to see younger artists grow and keep their eyes on them.” 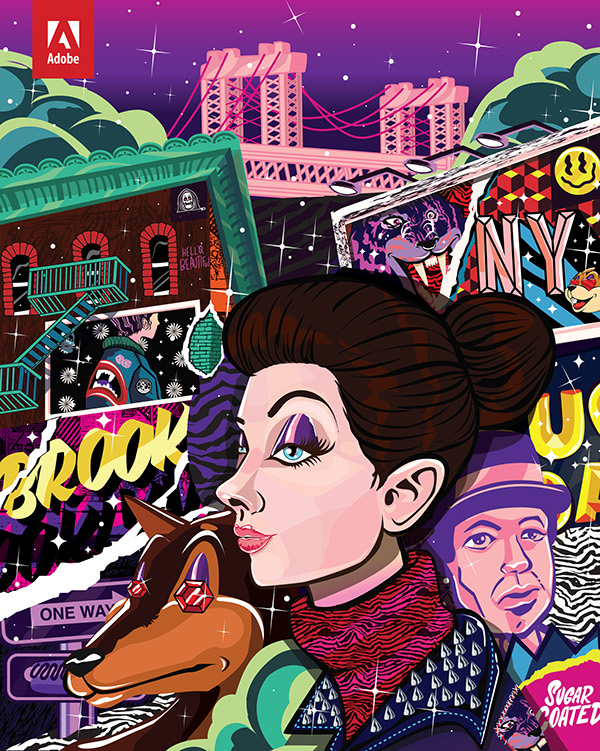 (above): A billboard Santiago created for Adobe's recent 'Make It' advertising campaign; the billboard itself was located in the Willamsburg neighborhood of New York City (images courtesy of Fredy Santiago) 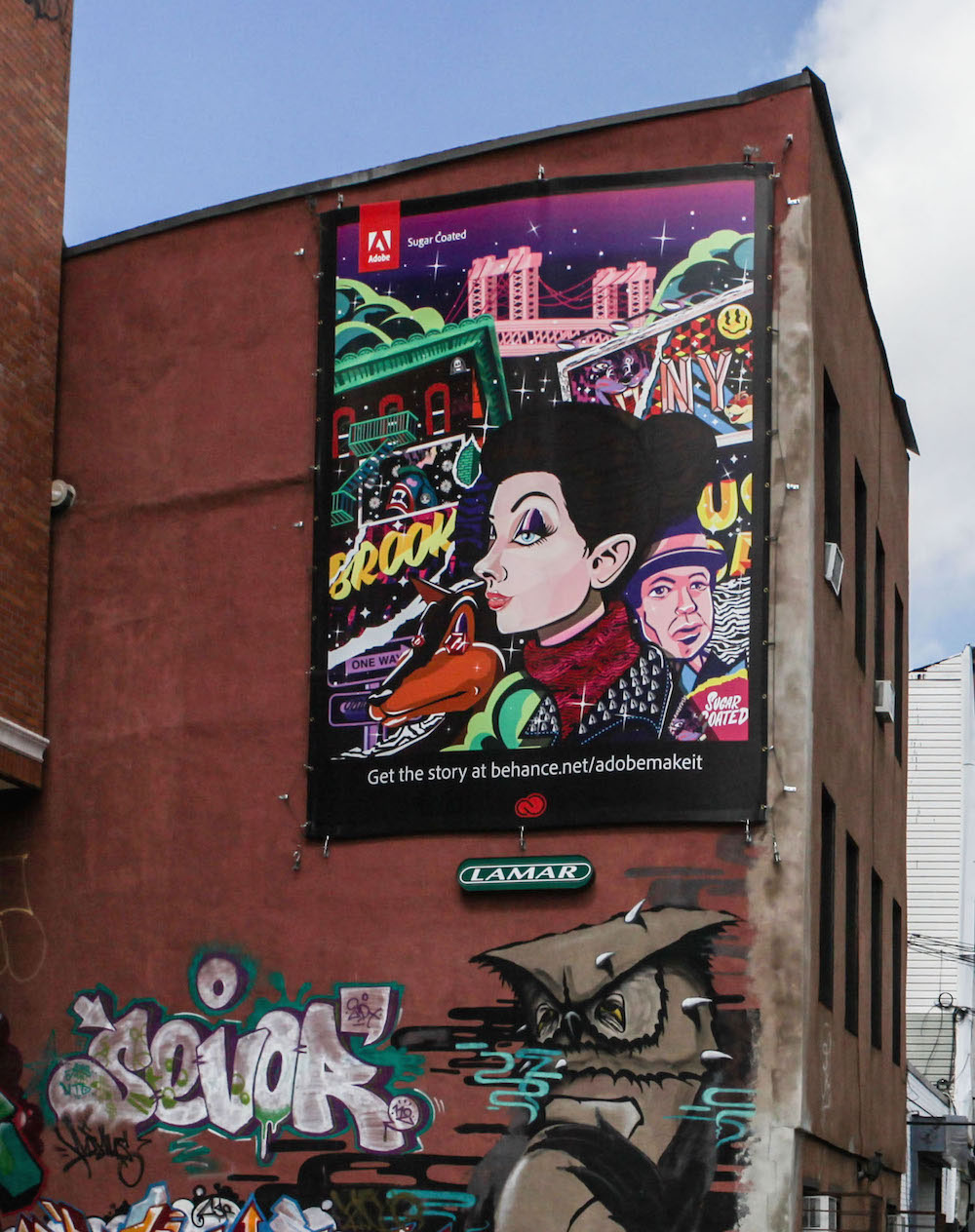 The relationship has also helped Santiago, who lives and works in Los Angeles, continue to build his reputation as an independent artist and designer.

“Professionally it has been helping me to emerge in the world of design/illustration and make not just connections, but friends in the industry,” he says. “I want to continue working with multiple mediums - both analog and digital - and growing, participating in gallery shows, and keep working with brave clients.”

You can get an inside look at the inspiration and processes that drove Santiago’s billboard design in this interview and article on the Adobe blog.