Students in the Digital Media program at Kendall College of Art and Design of Ferris State University (KCAD) recently put their animation skills to the test and came out near the top of the 14th annual 24 HOURS Animation Contest for Students.

The contest challenges teams of five college/university students from around the world to complete a 30-second animated film entirely from scratch, including animation, color, and sound. Submissions are judged by a panel of industry experts working for the likes of DreamWorks, Monolith Productions, ShadowMachine, and Blue Sky Studios. 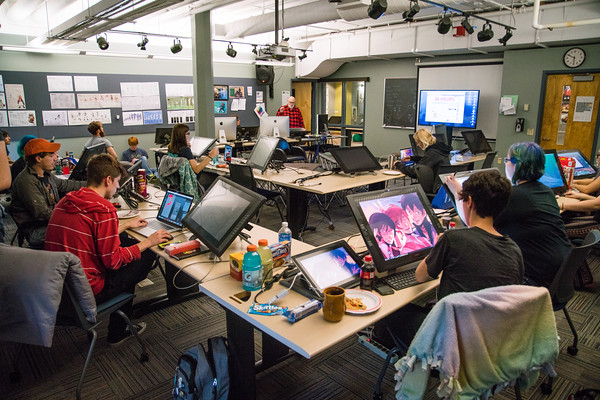 (above and below): Digital Media students working on their submissions to the 24 HOURS Animation Contest for Students 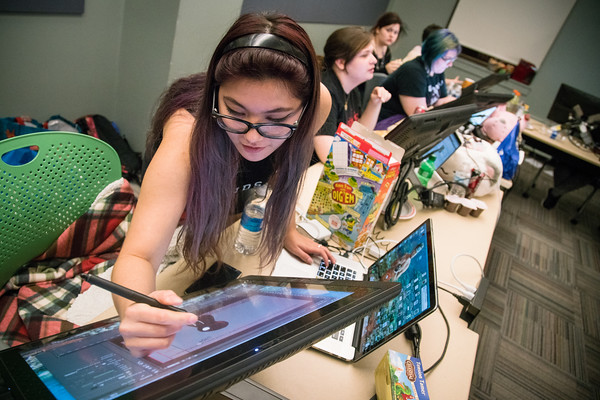 This year, 138 teams from 29 schools participated, including three from KCAD. Teams were asked to create an animation that included a wall, either physical or metaphorical.