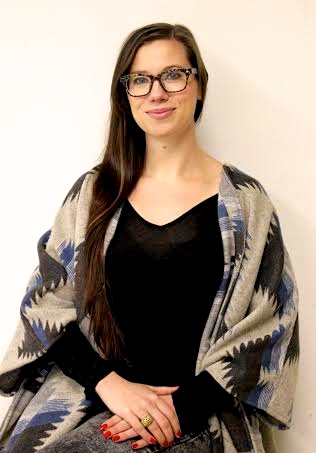 "Untitled. Nebula 1" by Jessica Montgomery (image courtesy of the artist)

As part of the exhibition, each MA candidate had the opportunity to lead viewers through a walking tour of the gallery and speak about their work in an informal Q&A session. 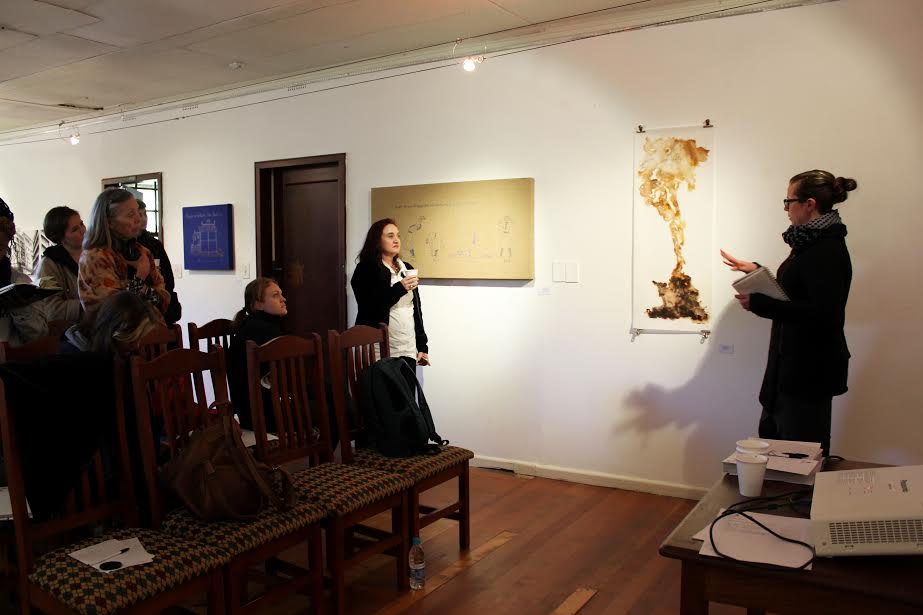 Montgomery speaking about her work in the exhibition (credit: Shenaz Mahomed)

"My current body of work examines and attempts to employ the connections between curiosity, experimentation, and creativity and their implications on the artistic working process,” Montgomery says. “The investigation of these innate traits, which foster the cross-cultural creation of artwork, meddles with the idea that in fact all art is a form of generative art. Stepping outside of art history and culture and instead reviewing artistic production as being an innate, generative, cross-cultural act – a result of a series of natural, neurological adaptations that lead to an eventual need for creative production – this study intends to focus on a series of traits and the connections between them believed to be crucial in the development of the creative process: curiosity, experimentation, and creativity. These traits are elemental in the development of human cognition and prove to be the basis for a mounting series of human adaptations.”