In 2012, with his thirties looming just ahead, Jake Richardson felt a strong urge to shake things up. Now, two years later, the KCAD alum (’05, Graphic Design) is fresh out of an innovative MFA program that’s completely changed the way he thinks about design and his future.

In the years following his KCAD graduation, Richardson spent a lot of time working in advertising – including a four-year stint at Wynott Advertising and Design in Grand Rapids – and picking up freelance design and photography work on the side. But by the time he moved out to Portland, OR in 2010, he yearned to return to the classroom, and eventually enrolled in the Collaborative Design MFA program at Pacific Northwest College of Art. 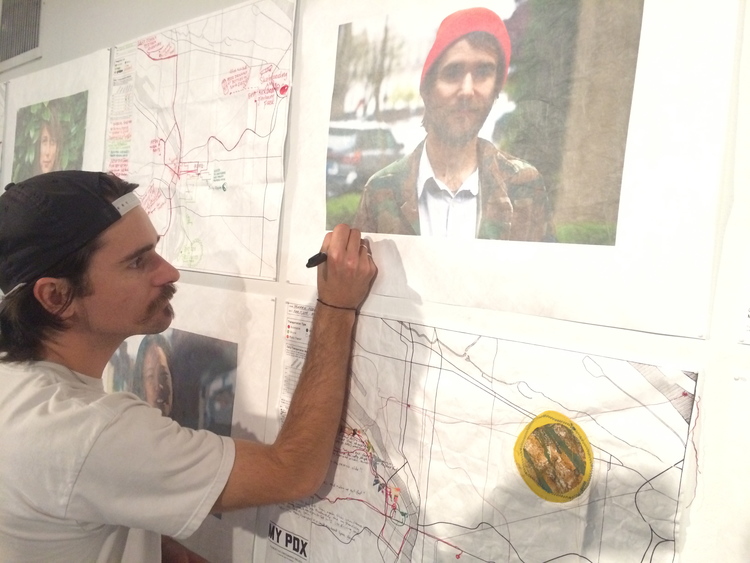 “I always wanted to get my masters – I just didn’t know in what, so I was exploring all of these different jobs and working with different clients in different industries,” Richardson recalled. “I felt like I needed more tools, more firepower, more intellectual backing behind what I was doing.”

Much like students in KCAD’s Collaborative Design BFA program, Richardson says he really benefited from learning a collaborative approach to problem solving. “The biggest thing I got out of it was learning how really kind of take the whole system of a problem and dissect it. It’s about finding the places where something could be different, understanding how one change affects everything else, and how to communicate all of that.”

For his senior thesis project, a subjective cartography project about how transportation choices relate to emotional geography, Richardson created My PDX - a minimalist base map of Portland, Oregon, screen-printed on TyVek, which he distributed to 30 participants who were asked to document and reflect on each trip they took within the city for a week. 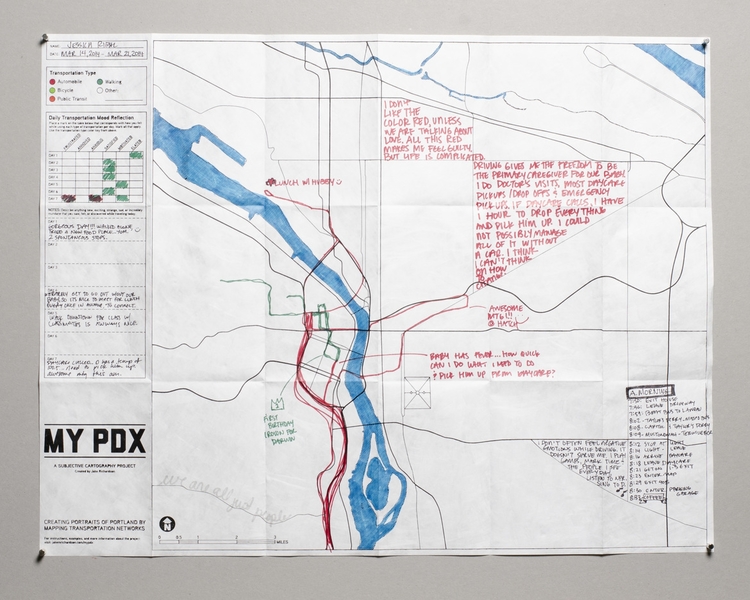 “I was going to be telling these stories about Portland and doing these guided tours and bike tours, at first through an app, then it was going to be a paper map,” said Richardson. “In the process of working on that, I got bored with the story I was trying to tell and got interested in what stories other people would tell and how to capture that.”

My PDX recently found its way into the Istanbul Design Biennial. Richardson’s project is currently being exhibited in book form as a part of the Biennial’s “Mapmakers Manifesto” exhibition, curated by Stamen Design in San Francisco, CA. 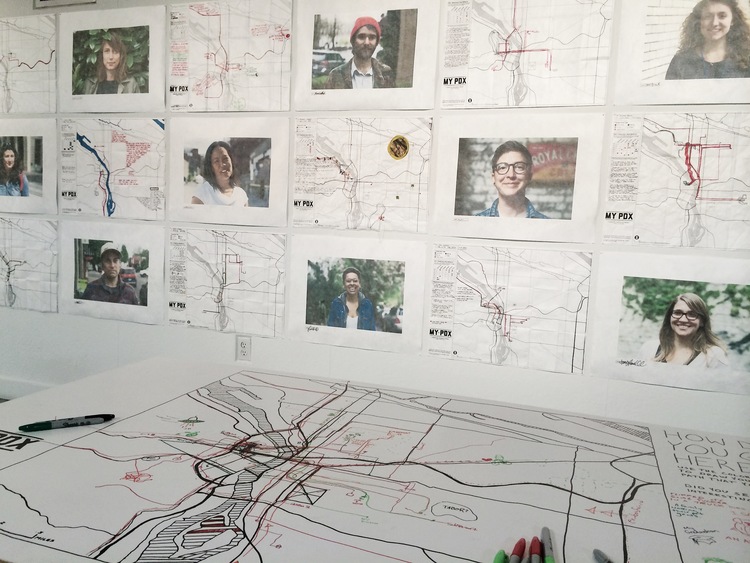 Ultimately, Richardson’s graduate school experience led to an opportunity to intern at Natalie Jeremijenko's Environmental Health Clinic at New York University this past summer. Jeremijenko has become something of a mentor for him, and he’s since relocated permanently from Portland to New York City to take up a designer-in-residence position at her clinic.

“Natalie’s work intersects with not just art and theory, but science, technology, and social and environmental aspects too,” Richardson said. “She’s bringing together all of these different communities and a lot of people from very different backgrounds, and they’re all coming together to work on these projects with the aim of some kind of social good coming out of it.”