Metz, the art director at Embry-Riddle Aeronautical University, won the award for an invitation he created for the university’s Operation Bootstrap event, a gala celebration of Embry-Riddle’s 1965 move from Miami Beach, Fla. to Daytona Beach, Fla.

Today, Embry-Riddle is the world’s oldest and largest university focused on aviation and aerospace education. But in 1965, the Embry-Riddle Aeronautical Institute had outgrown is facilities and airstrip in Miami and needed to move the entire campus to a bigger and better location.

“The move involved over 30 trucks, countless aircraft and equipment, and a ton of volunteers from the local Daytona Beach business community that actually drove their trucks to Miami and back. It took 19 days to complete,” said Metz. “It was a huge undertaking for the school, but it was a perfect fit with Daytona Beach, and today we’re bigger and better than anybody back then could have imagined. We had about 200 students back then. Today we’ve got 30,000 and classrooms and campuses all over the world.” 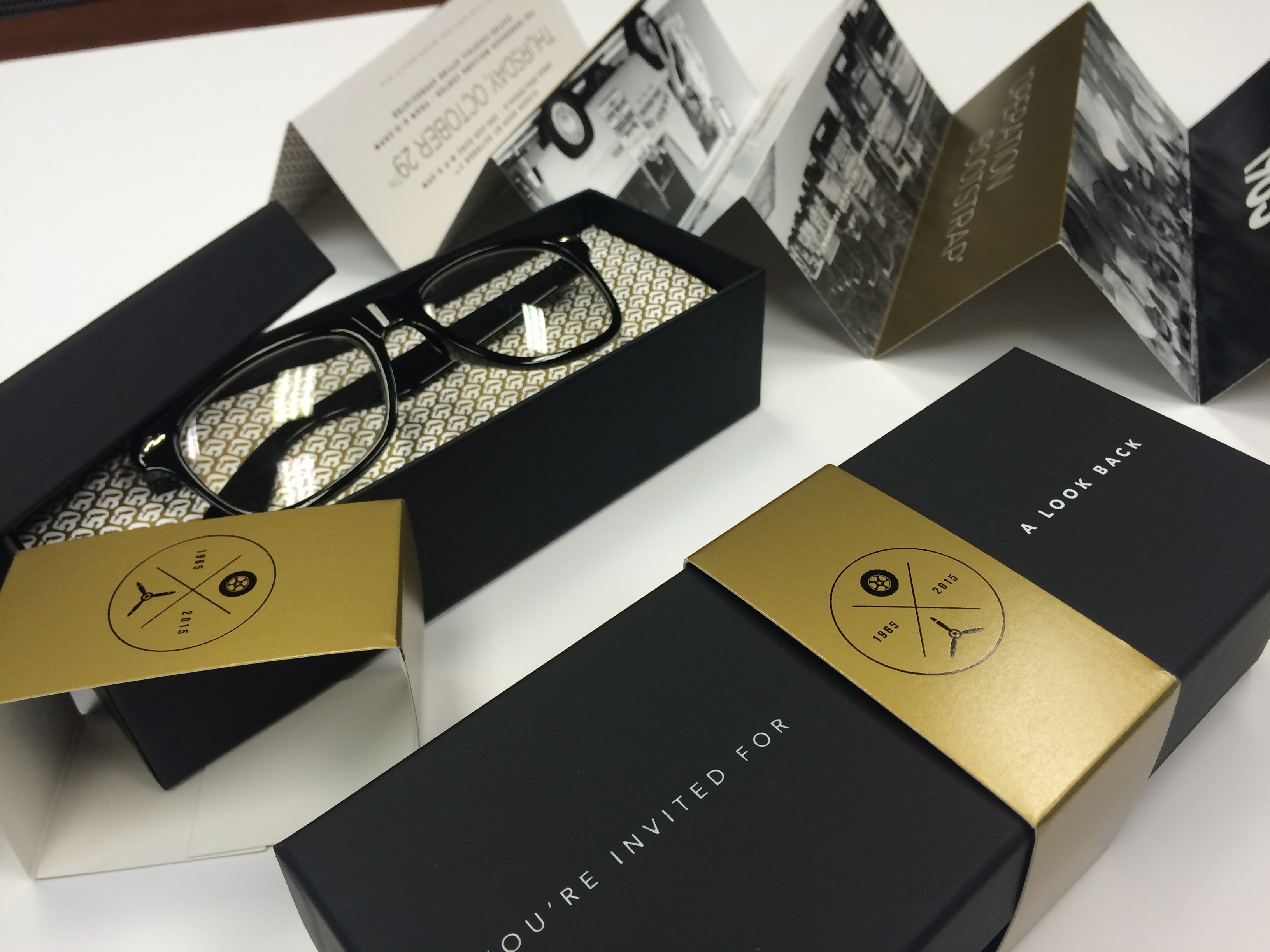 The invitation Metz created conveyed both the event’s prestige and its early 1960s period theme. Along with the accordion fold invitation, VIPs received a box with a pair of stylish period glasses.

“I wanted to create a memorable experience with the invitation, something that would help the audience interact with the theme by getting them to dress the part,” Metz said. “I think [the advertising award judges] were impressed because of the atypical approach I took, and the fact that it created more of an experience than a typical invitation would.”

Metz credits his affinity for concept development to his time in KCAD’ Graphic Design program.

“The curriculum at KCAD really promotes the creative thought behind something versus just knowing how to use design software That’s one thing I really loved about my time there,” he says.

In addition to Metz’s national-level win, the Embry-Riddle creative team won a total of nine ADDY awards at the local and district levels of the American Advertising Awards.

“I would say it’s the emphasis we as a creative team place on exceptional design,” Metz said of the reason behind his team’s success. “We’re very resourceful and imaginative. We all come from different backgrounds, but we’re also lucky to have leadership that fosters collaboration and creativity.”