Held in cities throughout America each year, Adobe Creative Jam events bring together leading and emerging design professionals for a day of networking, knowledge-sharing, and friendly competition. Lyon was one of just eight designers from the Detroit area who were chosen to participate in the competition element of the event based on the strength of their online portfolios.

Each of the chosen designers was asked to bring along a teammate. Lyon, a production artist in the Detroit office of global design firm GTB who also runs her own freelance design business, chose Benson, an art director/graphic design with Rochester, Mich-based Daniel Brian Advertising. Each team was given three hours and access to the full Adobe Creative Suite to create an original design that responded to the theme “Adulting.” 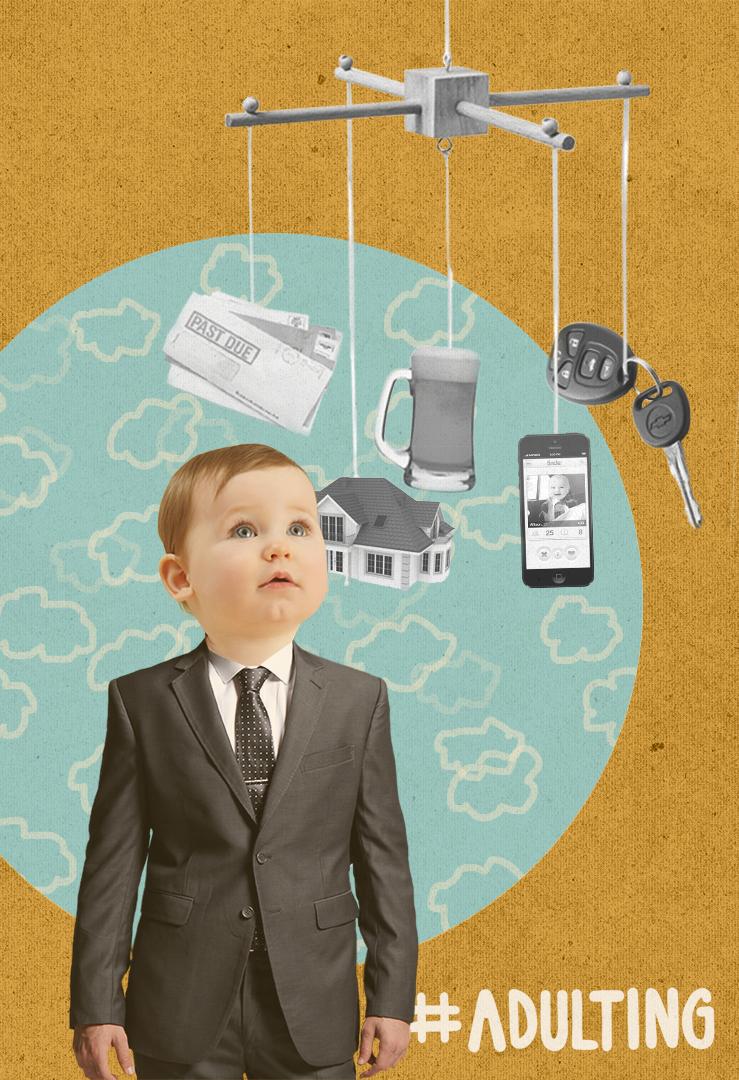 “Working in three hours with a partner was a challenge and it was nice to flex my design skills under such a tight deadline,” says Lyon. “We may not have won, but it was a huge honor to be chosen to compete.”