The competition invites undergraduate students from around the country to submit original designs for a throw based on a specific theme. Boudiab’s winning design, “Groovy Squares,” responded to the 2015 theme of “vintage” and sports a distinctly 1960s look in terms of pattern and color. 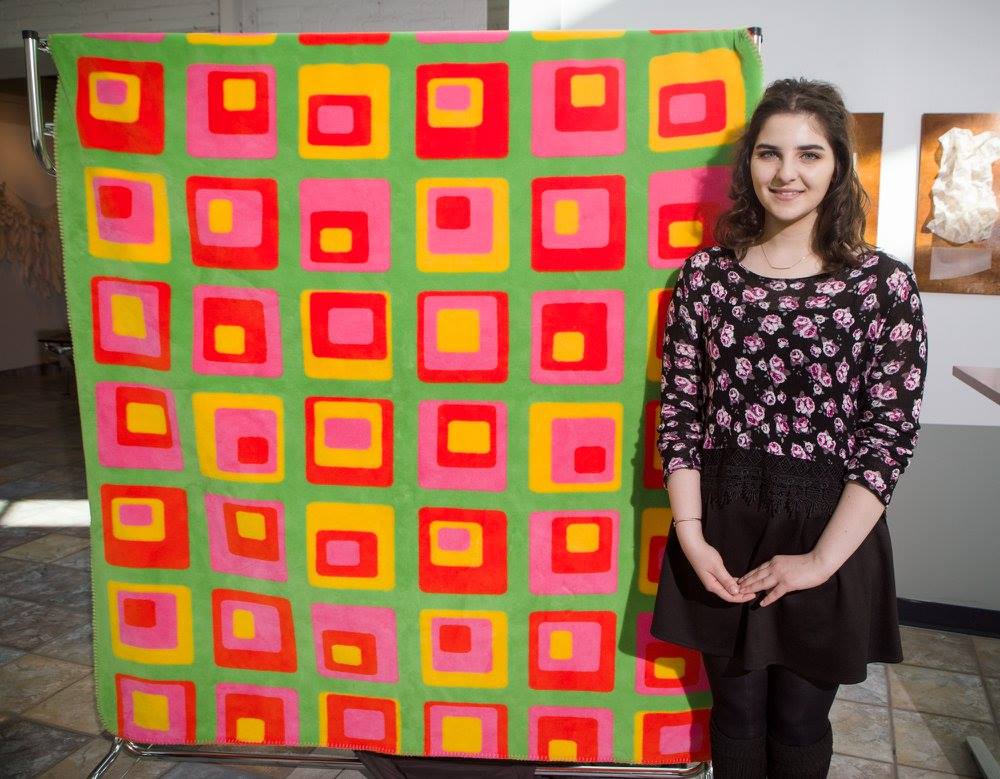 Samantha Boudiab poses next to her winning design, "Groovy Squares"

Boudiab received $1,000 as the Grand Prize winner, and her throw design will now be produced by Monterey Mills and promoted for sale in the Denali Home Collection’s 2017 product catalog. KCAD’s Graphic Design program also received a $500 award as a part of Boudiab’s win.

“I like seeing students take their work outside of the classroom because when they know they will be representing KCAD and themselves in a larger arena, they seem to approach their work with more intention,” said Graphic Design Associate Professor Suzanne Jonkman. “It also helps them overcome the fear of competition and gives them more confidence in their abilities and their work.”

At a ceremony held at KCAD on April 5, Monterey Mills Licensed Brand Manager Lisa Pasternak officially announced Boudiab as the Grand Prize winner and unveiled the first production run of her throw design. 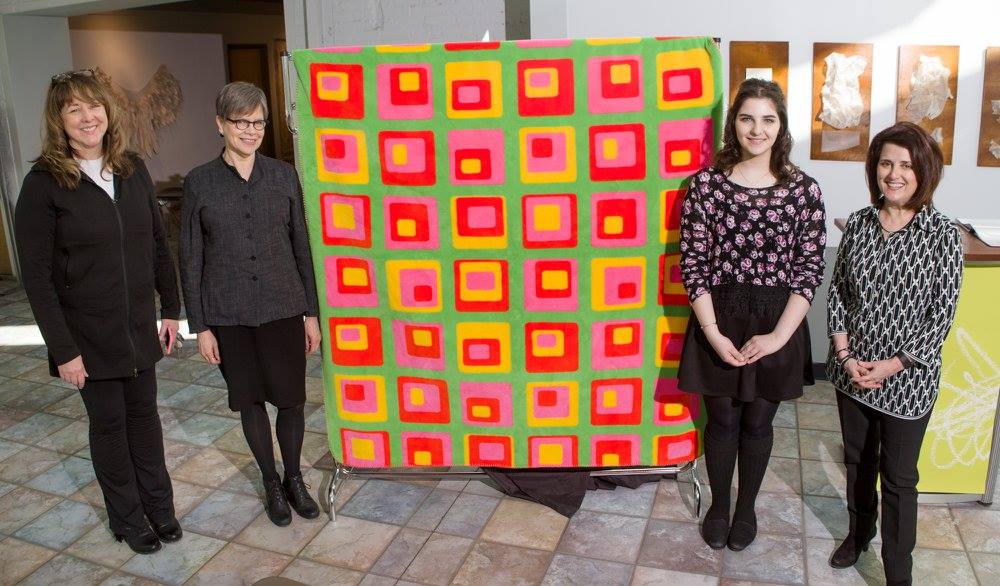 “It was kind of surreal, seeing the finished throw, because it looks so much different on the computer screen, but it looks really nice,” said Boudiab. “They did a great job getting all the colors right.”

According to Pasternak, Boudiab’s design “represented what is happening now as far as trends and colors go, and it was a strong statement that fit the vintage theme well. Her design really stood out as being much different from any of the others we reviewed.”

This year’s competition drew 506 entries from 21 colleges and universities from around the country. Denali Home Collection employees then narrowed the field down to nine finalists – one Grand Prize winner, three 2nd place winners, and five third place winners – through a juried process that considered aesthetics, originality, marketability, and correspondence with the theme.

“Our goal was to utilize the talents of students to develop new designs into the line. We were not only overwhelmed by the response from numerous design schools that participated but also amazed at the level of creativity,” stated Daniel Sinykin, President and CEO of Monterey Mills. “We are awarding the top nine designs and are excited to start adding some of these into our collection.”

For more information on the Denali Design-A-Throw Contest, click here.