Bait: Off-Color Stories for You to Color is a collection of eight short stories accompanied by 50 original illustrations created by eight different artists, handpicked by Palahniuk to help readers become active participants in his provocatively bizarre and highly visceral brand of fiction. Readers can add their own layer of narrative to the short stories by coloring the highly detailed illustrations however they wish. 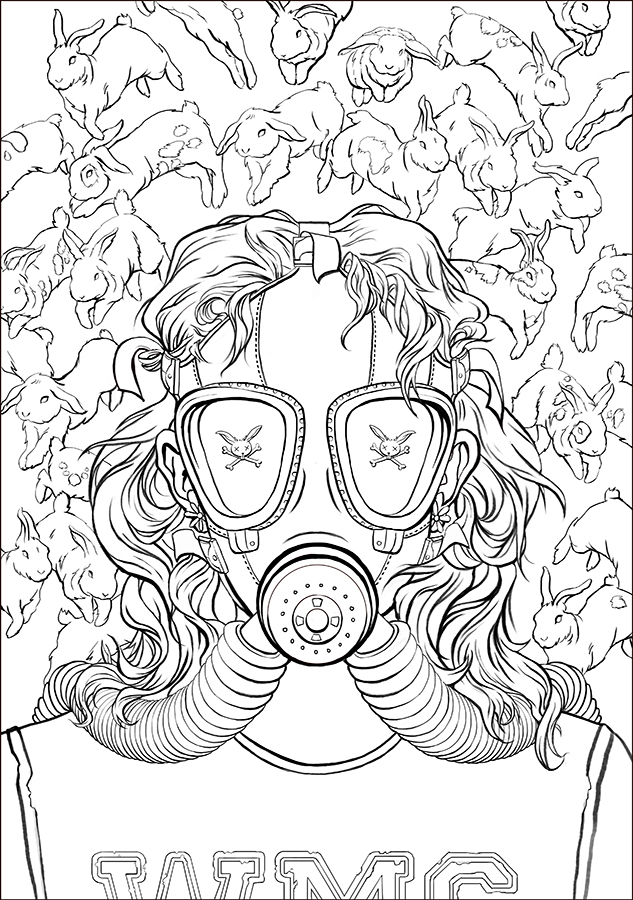 While this is Fagan’s first time working on a coloring book, she has done illustration work for short stories and poetry before. She also often creates cover illustrations for comic books. In Bait, her work will be featured alongside that of such acclaimed comic book artists as Joëlle Jones (Lady Killer), Lee Bermejo (The Suiciders), and Duncan Fegredo (Hellboy).

“Each artist featured in the book was given a story, and then Chuck and [publisher] Dark Horse made a few recommendations on sections in the story that they would like to see illustrated,” says Fagan. “I thought collage style illustrations, rather than a scene lifted directly from the story, would be fitting for Chuck's style of writing. Some of the artwork I did is like a string of conscience splattered across the page.”

Look for Bait when it hits shelves this fall on October 26.